What reduced the noise when multiplying neighbor samples?

Is this a common filtering technique? I multiplied each sample with it's neighbor.

I was trying to distinguish the spikes from the noise. Low-pass filtering wasn't as helpful maybe because both the spikes and the noise are kind of high frequency. 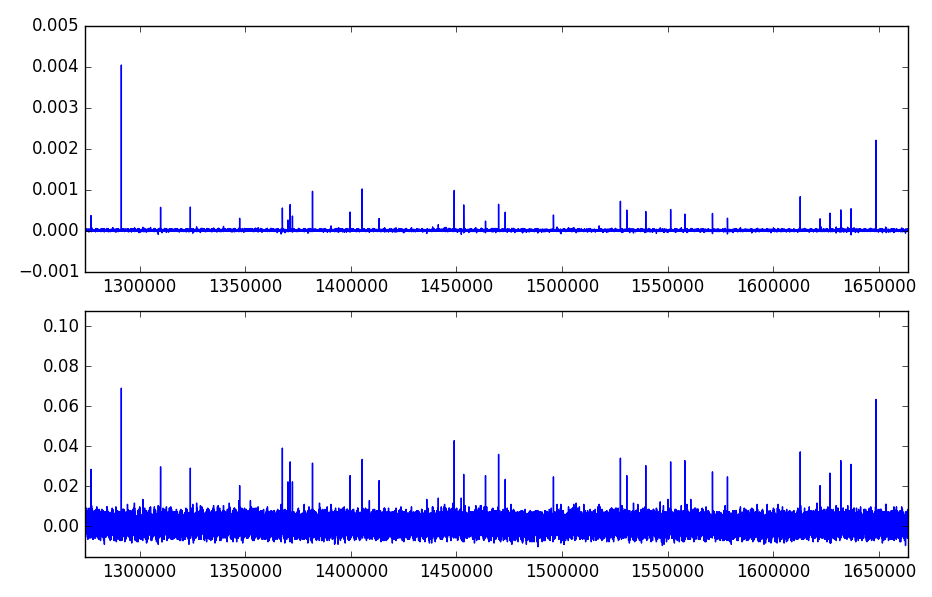 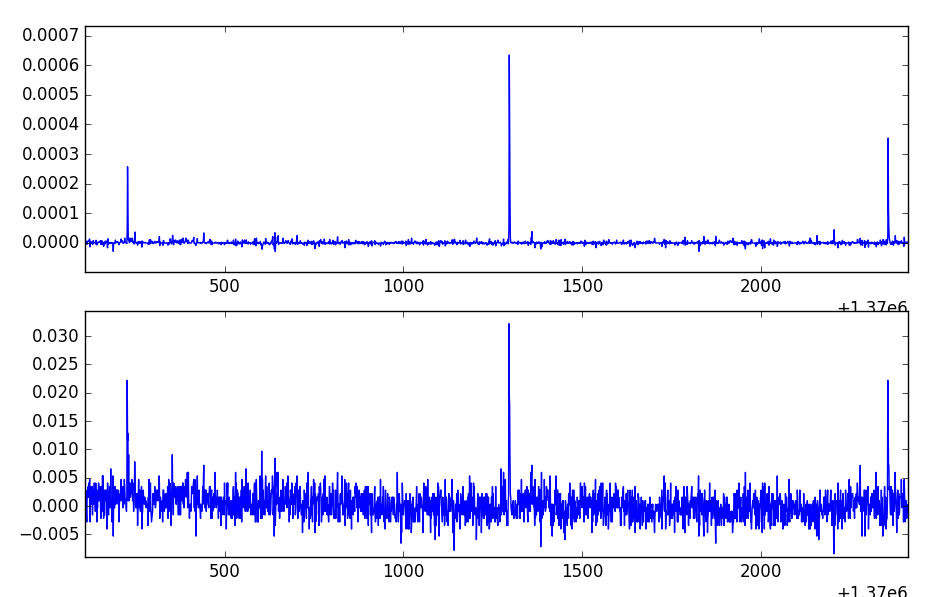 You basically squared the signal. If you were sampling properly fast, then the small shift due to multiplying by the next sample instead of the same sample only had minor effect on high frequencies.

Squaring a signal is a non-linear operation. The reason it appears to give lower signal to noise ratio is only because your noise was already lower than the signal spikes you are looking for. Squaring de-emphasizes weak signals proportional to their weak-ness.

However, in the above example you haven't really reduced the noise relative to the signal, just made the noise less obvious. Let's say that after looking at the "cleaned" signal, you decide to set the threshold for detecting a spike to 0.5. This is exactly the same as starting with the original signal and setting the threshold to 0.71. You only have the illusion of more noise immunity, not actual noise immunity. Any noise in the original signal rising to 0.71, on in the squared signal to 0.50, will be interpreted as a spike.

Not the answer you're looking for? Browse other questions tagged filter digital-filter or ask your own question.

2
How to correctly simulate this filter?
5
What are the origins of the window functions in DSP? Why not just use a rectangular window?
0
Poor man's equalizer with a few digital bandpass filters - how to overlap band edges
1
How to filter low frequency noise on power supply from ChipCorder?
1
Time delay: digital low pass filter VS analog low pass filter
1
Band pass filter unstable and lower gain than simulation
21
Why would you stack a resistor and capacitor on top of each other?
0
Low Pass Filter Inverse
1
RF Common-Mode Filter Topology
0
Audio Equalizer LTSpice Simulation