So here is a page from my text book, the Common Emitter Circuit is on the top and on the bottom right you can see the DC equivalent circuit , my question is that by looking at that dc circuit i do not understand why when finding the R-thevenin R1 and R2 are said to be in parallel if , from my perspective, they seem to be in series... and then funny enough when finding the voltage equivalent it does treat them as a series voltage divider.... 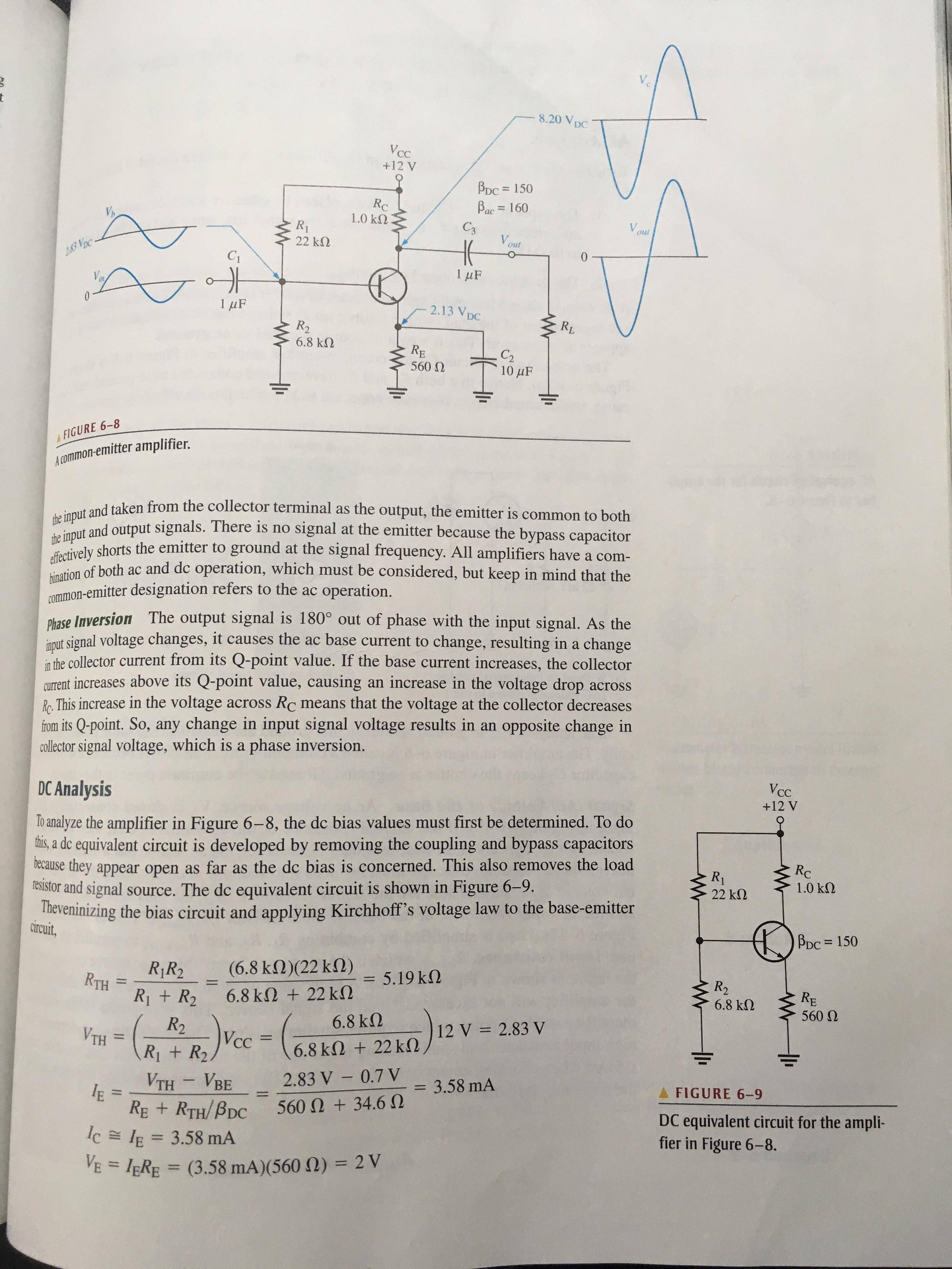 I think what you are missing is that they are looking for the Thevenin circuit from the base of the transistor to ground. Redrawn, it looks like this:

The Thevenin equivalent for this circuit would look like this: 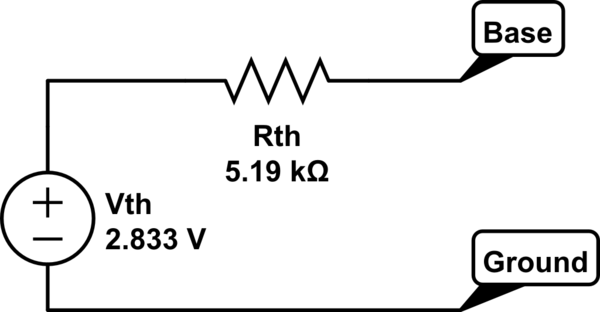 When calculating the value of Rth, you have two options:

Since this is a linear circuit you can prove this with a couple of points. Open circuit you have the voltage as above. Short it to 0V and the current is 12V/22K = 545uA (no current through the 6.8K, since there is no voltage across it).

You can read the Wiki page on Thevenin's theorem which uses superposition and the uniqueness theorem to construct a mathematical proof.

While one may calculate the equivalent resistance by zeroing the \$12\mathrm{V}\$ source and simply noting that \$R_1\$ and \$R_2\$ are now parallel connected, it is (possibly) instructive to verify this via an explicit calculation.

By zeroing (grounding) the same node, the short-circuit current involves just \$R_1\$ since \$R_2\$ now has zero volts across and so, has no current through.

By Thevenin's Theorem, the Thevenin resistance is then

Not the answer you're looking for? Browse other questions tagged amplifier resistors bjt thevenin emitter or ask your own question.

3
Thevenin equivalent in a nonlinear circuit
0
Simplifying Positive and Negative Voltage Divider BJT Input
1
Thevenin Equivalent With Two Voltage Sources
0
Why can certain resistors not be the starting point when finding R Thevenin
0
When using Thevenin's Theorem, why is R_thev of resistors calculated in parallel, when original circuit had them in series?
2
Calculate the thevenin resistance with diagonal resistors
0
Calculating Thevenin Resistance
0
Why are both bias resistors considered parallel in a common emitter amplifier?
0
Position of the voltage source with parallel resistors
0
Using Thevenin Theorem to solve for unknown values in BJT voltage divider circuit