I have an IR LED which is switched at a rate of 32.768kHz from an oscillator circuit (relevant portion shown below). I have 10 prototype PCBs. 30% of them work while the others don't. The problem is not the oscillator itself but the output stage.

On the boards that don't work, the waveform at TP7 (base) is a very nice square wave. So, the oscillator is working just fine. Measuring across R5 (TP1 to TP6) I can see that the bad boards conduct but don't switch. In other words, the LED output does not oscillate with the input at the transistor base.

Any thoughts to what the problem might be? I am well under the maximum switching frequency for that particular BJT. Also, my base resistor should put me well into saturation. 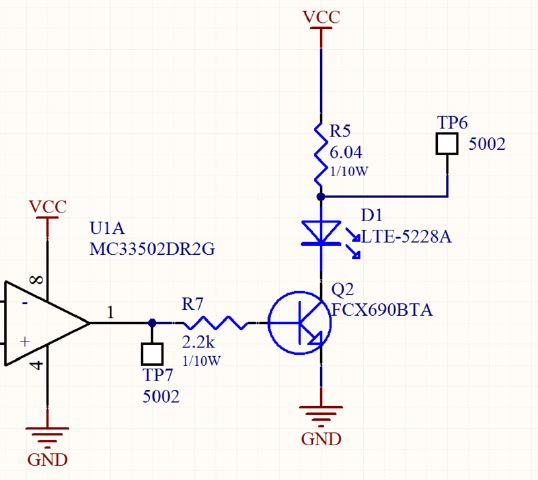 One thing you can't tell from the information below is that this is a battery driven circuit (CR2032). Due to its relatively high internal resistance the current through the LED with a fresh battery never exceeds ~ 100mA. So, R5 really isn't necessary. It's simply there so that I can test from a power supply. The battery is also 'switched in' as noted in the second image. 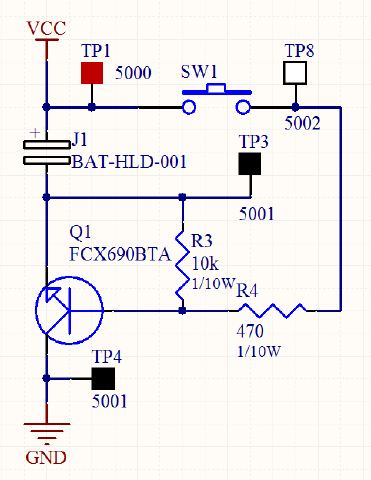 Here is a waveform at the base of the transistor Q2:

Here is a waveform across R5 on a good board:

Here is a waveform across R5 on a bad board:

Here is the battery voltage on a good board:

The CR2032 is being thrashed to far beyond its usual ratings and its voltage will sag to 2.5V or less.

Q1 on/off circuit seems unnecessary - The transistor used has a high Vsat and may drop almost a volt at 100 mA. Hard to be sure from datasheet. Measuring Q1-VCE when on may be informative. I only came to that part of the ciruit after going obver the IR part so the following omits the Q1 voltage drop which may be significant. Try bridging Q1 with a metallic short to turn circuit on and see if it helps bad circuits work.

Having Q1 in series with Q2 is unnecessary. Q2 can be arranged to be very hard off with battery across it + LED at all times. Then just switch Vcc to opamp when needed. As opamp current is low you can possibly switch batt5ery directly via SW1 depending on type of switch. LED current then never goes through switch.

FCX690 transistor datasheet here is made by Zetex so must be good ! :-).

Transistor saturation is higher than some - probably about 0.9V at 100-200 mA
Still not enough to greatly change the above overall current drain estimate.

It's all rather hard on the battery but it SHOULD work with a newish battery. Unknown is length of on time, actual battery voltage under load, ...

I figure I should follow up with an 'answer' since I have solved my issue. In the end, it was really quite simple and I now feel silly for not finding it early on. The key was to simply follow the current. The LED on the 'bad' boards still conducted, it just didn't oscillate. Vce on Q2 had a nice square waveform on the 'good' boards but Vce was 0V on the 'bad' boards. An ohm meter across the junction showed a short. Removing the transistor from the board and flipping the part upside down immediately showed the problem. I had placed several vias on the emitter to tie it to ground (pour on bottom layer). A few of these vias were above the emitter pad (underneath the component body). The collector pin(s) on the SOT89 package are exposed and run the width of the part. As you can see from the image the chances of bridging collector and emitter are quite high. 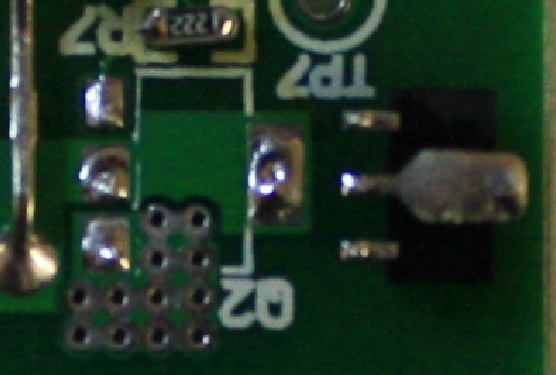 Not the answer you're looking for? Browse other questions tagged oscillator bjt or ask your own question.