How does concentric antenna wire cross the antenna in a wireless card?

Here's a typical layout of a wireless smart card. I simplified it as far as I could. The black filled rectangle is the chip. The black lines are wires comprising the typical concentric antenna layout. I only showed two turns because that's enough to show the problem. 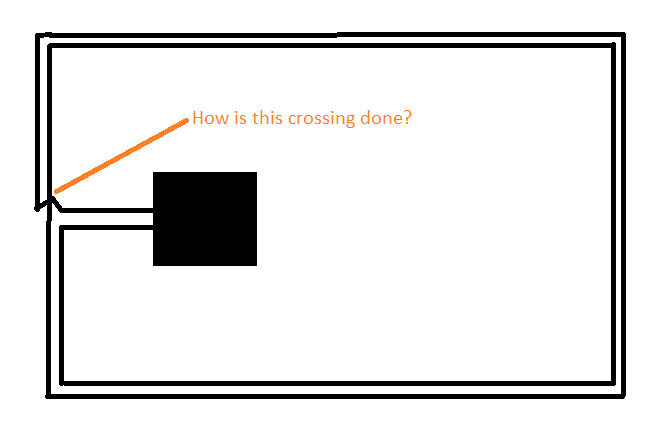 The whole assembly is then covered with plastic and turns into a plastic card which has size of a bank card - about one millimeter thick. Obviously with any concentric antenna design fitting the antenna into a thin card requires that the most outer wire crosses the other wires at some point.

As the card is being normally bent antenna wires in this crossing will have to slightly move one over another and cause abrasion of each other unless some measures are taken. So I'd guess that if I just use magnet wire and let it cross itself and put all the assembly into plastic the wire will have its insulation work out in perhaps a year or two of normal card life and the antenna gets shorted.

How is this crossing done such that antenna wires insulation survives years in a card that is being bent often?

It looks like nothing special is done. See xray and other teardown.

I would say that the localised bending is probably small enough, and limited by the nearby inflexible chip, that this turns out not to be a problem. The cards do have a limited life of a few years, and although they're flexible people don't actually routinely bend them that much - the plastic itself is susceptible to bend fatigue.

There are basically two ways to embed an antenna in a smart card: 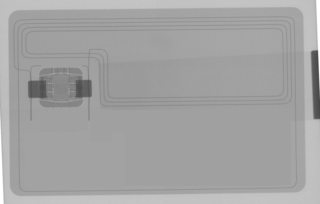 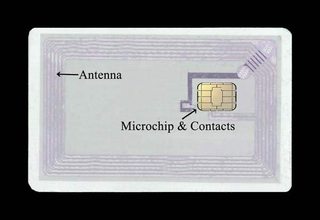 Not the answer you're looking for? Browse other questions tagged wireless antenna wiring insulation smart-card or ask your own question.

2
How does temperature affect wireless transmission?
13
What's the purpose of such weird wiring inside this smart card?
6
How does rewinding a smart card antenna into a smaller coil leave it operational?
6
Design of an electronic device to disable remote access ability of contactless payment cards without visible alterations and damage to the card
6
Why is outer turn of this smart card antenna wider than the other turns?
4
Why does smart card antenna follow a “snake” pattern when approaching the chip?
1
How to put an external antenna on a wireless card
5
How does a wire dipole antenna work when not straight?