While discussing eigen functions of LTI system, why we ignore the natural frequency term in response? 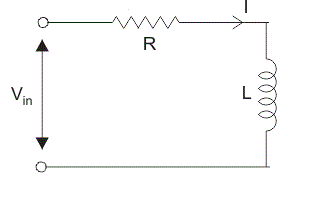 If we define voltage as input and current as output, whatever be the forcing function, output contains a component \$ e^{-Rt/{L}}\$ corresponding to the particular system.

We also know \$ e^{st}\$ is an eigen function of LTI system which means if we apply an input of \$ e^{st}\$, a scaled version H(s)* \$ e^{st}\$ will appear as output. Output contains only the frequency corresponding to input (forcing function). Hence we hear statements like 'Linear systems do not introduce new frequencies(harmonics)'.

Isn't the first case and second argument contradictory? How can we explain the absence of natural frequency(\$ e^{-Rt/{L}}\$) term in latter case? Also how can we impose initial conditions at t= \$-\infty\$ for these everlasting inputs of kind \$ e^{st}\$?

If there are no complex or imaginary eigenvalues, there is no natural frequency, just 1st order real exponential terms.

"If we define voltage as input and current as output, whatever be the forcing function, output contains a component e−Rt/Le−Rt/L corresponding to the particular system."

Here's what's going on: when both your transfer function and the Laplace transform of your input signal are pretty polynomial fractions, you can use partial fraction decomposition, and one of the terms will be your natural response. But it's coefficient may be 0. A similar trick is used for the Fourier transform.

Your second statement about not introducing new frequencies is correct, but you seem to be confused about how to interpret it when using the Laplace transform and initial conditions. I suggest reading about the bilateral Laplace transform to clear it up but, long story short, when you are talking about eigenfunctions, you are assuming \$e^{-st}\$ extends to both sides (and so does your solution), but when you take the (one sided) transform, you are actually talking about \$u(t)e^{-st}\$, which has different frequencies.

Not the answer you're looking for? Browse other questions tagged circuit-analysis control-system basic laplace-transform or ask your own question.

1
Steady state response and transfer function
1
Why can I ignore the “imaginary” value from the gain of my system?
3
What is the natural frequency of a 3rd order system with 3 real roots?
4
Why is impulse response of LTI system important
1
Inverse Laplace Transform of an LTI with complex roots and s + real term in the numerator
0
Some questions on a passive network's transfer function and time domain response
1
Frequency Response Function Estimate via FFT Question
0
What is difference between natural response and zero-input response of a system and how to find natural response?
0
How to calculate damping ratio and natural frequency of a high order system?