The light dependent resistor (LDR) that I use in MintyTime, Excelitas Tech VT93N2, has been discontinued by the manufacturer. I'm having trouble finding a comparably priced (e.g. < $0.50 @ 100+) replacement part. It's been suggested to me that I should consider/investigate using a photo-diode (photo-detector,) like this one, as a replacement part. Here is a snippet from my schematics where the LDR is used: 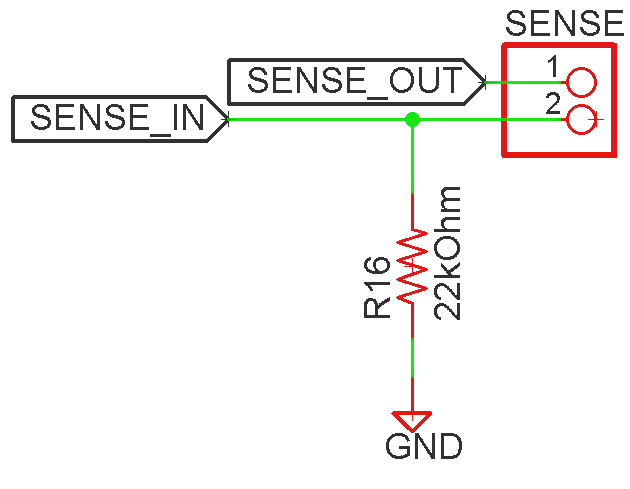 The LDR plugs into the SENSE_IN and SENSE_OUT nets. The SENSE_IN and SENSE_OUT nets then go to I/O pins on my ATTiny2313 micro-controller. SENSE_IN goes to an analog comparator input and SENSE_OUT goes to a digital I/O pin that I use to "turn on" the voltage divider formed by the LDR and fixed 22kOhm resistor when I want to take a reading (to save some power by not driving the divider constantly.) I'm only trying to detect two ambient light states anyway "dark" and "normal" so that I can dim the LEDs when it's dark.

On to the question(s).

If I use a photo-diode (like the one I've linked to) by plug in the anode into SENSE_OUT and the cathode into SENSE_IN should it be software / hardware compatible with an LDR as I've described its use in my application? My gut says yes, but I haven't used photo-diodes before, and I thought I remembered something about them only responding to intentional signaling (like IR) rather than light levels. Can you recommend a different one that is more appropriate / cheaper for my needs?

Alternatively, are there actually more widely available low-cost LDRs and I've just managed to overlook them in my searches at the major suppliers (e.g. Mouser, Digikey, and Newark)?

Whatever I do, I'll obviously have to buy a few and try it out.

(2) A phototransistor would probably do a good job in your application. Diode with gain effectively.

Here's a part that has filtering to specifically replace CdS. http://octopart.com/njl7502l-njr-8319307

5
How to interface LDR with microcontroller?
4
LDR + RGB Led = Color sensor. How to calibrate it?
1
How to avoid Relay buzzing noise? (LDR dependent)
0
Dark Sensing LED Light
0
Is there a digital input that registers light? / Can only ADC pins register signals from an LDR?
1
LDR breaks over time what to do?
1
What's wrong with my basic light/dark detection circuit
16
How can you turn perceived brightness (log scale) into a linear analog output using an LDR?
4
How do I control the sensitivity range of an LDR-controlled LED?