A Wheatstone bridge is used to measure tiny changes in R using a fixed V which gives a fairly constant I. When R changes 50%, I is no longer constant. So this bridge is no longer linear or balanced with a wide spread.

This "Wheatstone bridge" does not pass the criteria of a small change so it is not linear as Wheatstone intended when balanced. Normally Rg changes are small in such a bridge which makes this configuration useful. 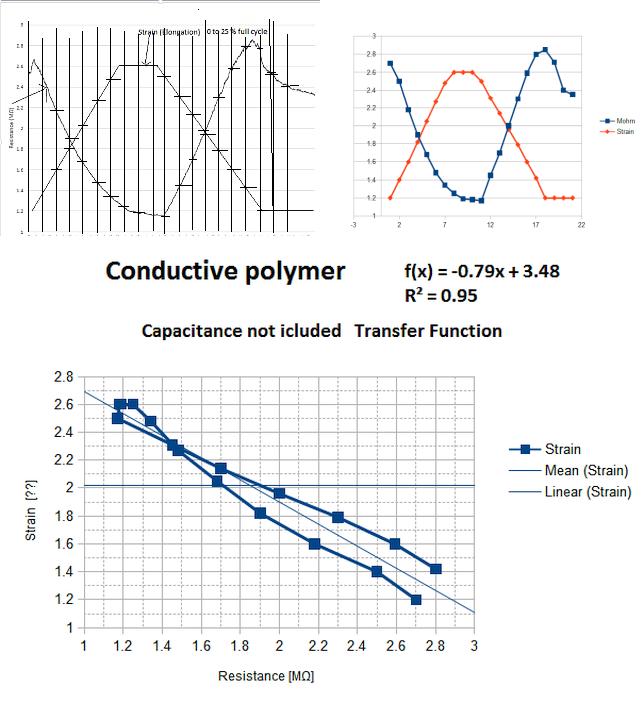 A more complex ratiometric bridge is needed to make it more linear, if that is what is desired.

But since Force is inverse to R what is the actual transfer function you want? positive V for Inverse R or something else?

I would suggest something else like 1/R gain with null offset adjust around 1.5 to 2Mohms. try to get a 10:1 linear range to 100:1 but null adjust will be a problem for an "autozero design solution."

1st Define your specs for Forces vs R and then tolerance or error budget for component variance, temperature, aging etc.

Below is a "Wheatstone Bridge" 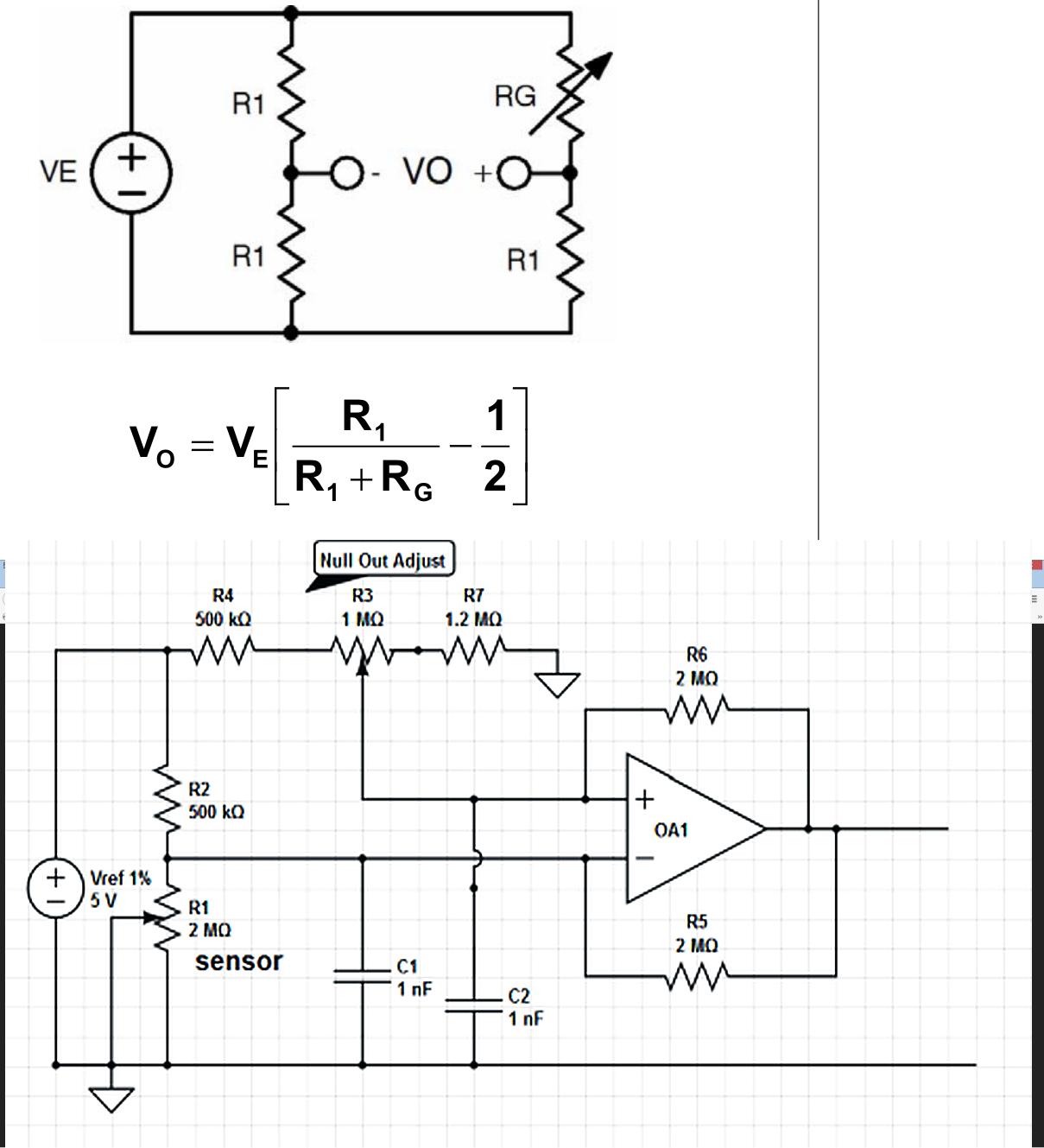 Change 2M or use INA gain control iwth Pot refereence for 0 force R. to get 0 to 5V for linear 0 to Smax. for Strain in mm or cm.

Note the hysteresis on R is much larger than you think. The datasheet shows a mean of 2M not a peak. So I expect there is large variance from sample to sample for gain and offset of mean.

Ideally a Wheatstone bridge is balanced. Where you have one sense resistor, this means choosing the other three resistors to be the same as its mid range value.

Under certain circumstances, you may want to use lower value in the reference arm for slightly lower noise, or lower values to ground to offset the common mode from mid scale, or higher values to reduce current consumption and/or heating. But usually, all balanced is the place to start.

In your case with a sensor that ranges from 0.7 to 1.8Mohms, the geometric mean of those at 1.1 or 1.2Momhs would be ideal, but 1M would work quite well with little increase in the required common mode range.

Not the answer you're looking for? Browse other questions tagged signal voltage-measurement instrumentation-amplifier wheatstone-bridge or ask your own question.

1
Is this op amp circuit using both negative and positive feedback?
0
transfer function of the sensor