What are these boxes mounted inline on each of the 3 phase wires of a high voltage power line in Miami?

They were only on this run and not any of the lines in the area. And what is the function of the flat u-shaped guards in front of each? 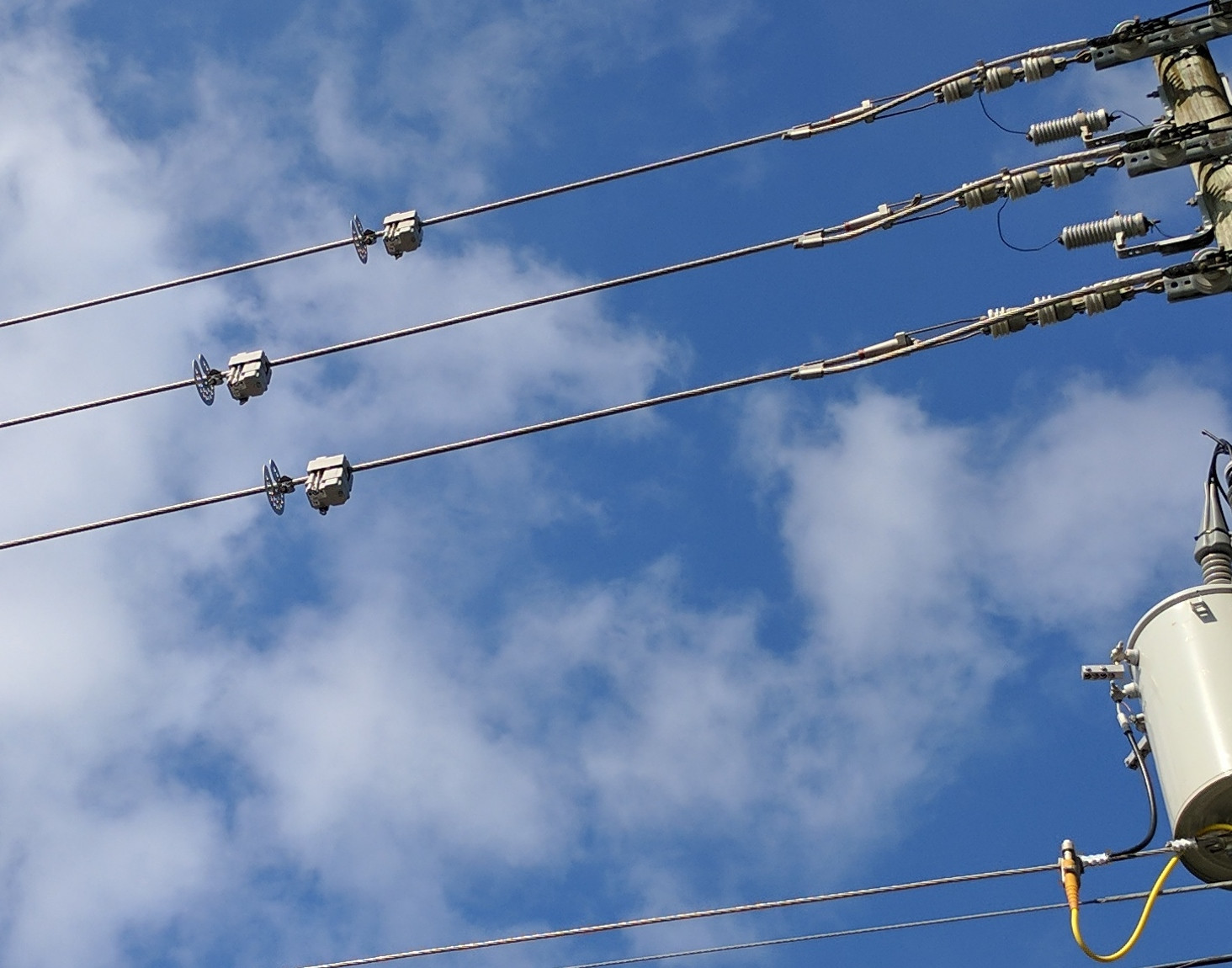 It's a fault circuit indicator. Specifically, it's the Sentient MM3 model which monitors the current through the conductor it's attached to. It also draws its power from the magnetic field resulting from the current passing through the line. It logs and can wirelessly transmit the data it gathers which helps the local electric utility in quickly pinpointing problems -- ideally in advance of the problem becoming an actual outage. For example, an intermittent fault could indicate a sagging tree branch hitting the line when the wind blows.

The little metal circle thing is an arc shield from the same company. It's intended to save the sensor (which is not inexpensive) from a traveling arc, as from a lightning strike down the line.

And no, I have nothing to do with that company but have some experience in the utility industry.

Not the answer you're looking for? Browse other questions tagged mains high-voltage or ask your own question.