Voltage Drop Across the circuit

I am providing a 5 V power supply to play with 3 Relays, they are 2 channel 5 V relays, when I turn on one bulb other relays do not get the sufficient voltage to operate. How would I prevent or overcome on such voltage drop?

If I do not get the sufficient voltage then other relays will not work, so I just want to keep the voltage above 4.5 V at all ends.

Here is the circuit,

and the tabulated voltage readings:

either you're putting 6v into the 7805 which is not enough input voltage, or it's overheating in which case you'll need a (bigger) heatsink.

see if you can get a cheap phone charger from somwhere and cut up a USB cable to get 5V from it.

You may have a superposition of two problems: 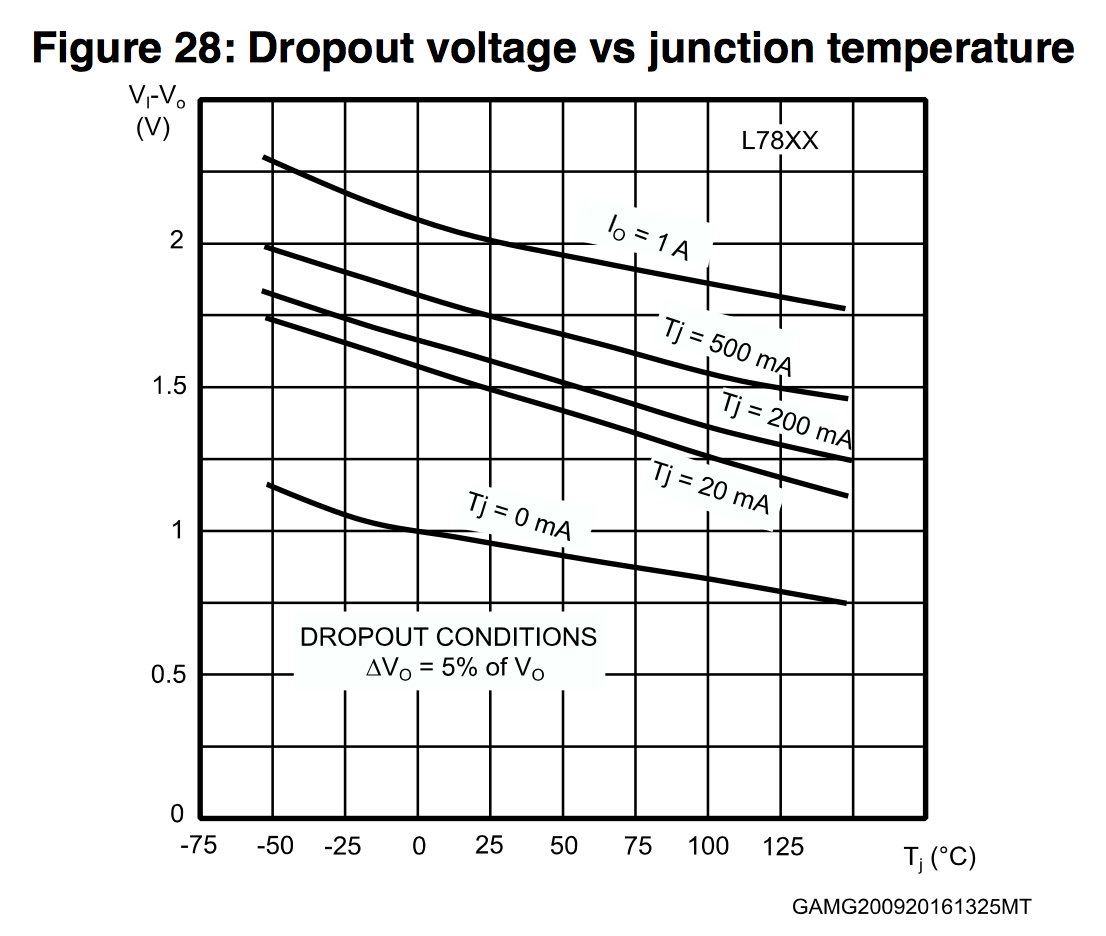 You are attempting to draw more current from your supply than it can provide and still remain in regulation.

Fixing your supply might fix the problem. The circuit you show is a mess:

Do some math. You say each end of the secondary puts out 6 V. That is presumably RMS, so 8.5 V peaks. Using just the two diodes to make a full wave bridge looses one diode drop in the rectifier. Figure 700 mV for that, so now you're left with 7.8 V peak out of the diodes.

Read the 7805 datasheet. See the minimum dropout figure, or maybe its shows as the minimum required input voltage. Some variants need up to 2.5 V headroom, so require a minimum of 7.5 V in to be able to keep the output regulated at 5 V.

However, that is assuming the transformer still puts out 6 V under 1 A load, and that the diodes still only drop 700 mV.

A much better answer is to replace the 7805 regulator with a buck switcher. Those can work with less headroom, and can also work with higher input voltage without extra power dissipation. Now you could use the 12 V out of the ends of the secondary with a real 4-diode full wave bridge. That would cause too high of a voltage drop in the 7805s for them to dissipate as heat. The buck switcher, however, will be much more efficient, so it can use the extra voltage to give you a lot of headroom.

Not the answer you're looking for? Browse other questions tagged voltage-regulator relay circuit-design solid-state-relay 5v or ask your own question.

0
What is wrong with my L7805CV + BUF 654 NPN transistor circuit
0
Help Me to Identify What I did Wrong with this Circuit
2
Circuit to select 12v or 5v power source
2
Using AC relay with DC voltage
1
Solid State Flasher controlling other Relays
0
Choosing a Solid State Relay for an AC air compressor application
1
Circuit to limit a set of outputs so that only one is on
0
Relays turning on randomly when 24VAC sprinkler solenoid valve is shut off
0
Can I power something directly from an IC, for example a little relay?