Estimated cost savings by going from a 2 layer to a single layer pcb?

I've been tasked with minimizing cost of an existing design by taking it from a 2 layer board to a single layer board. 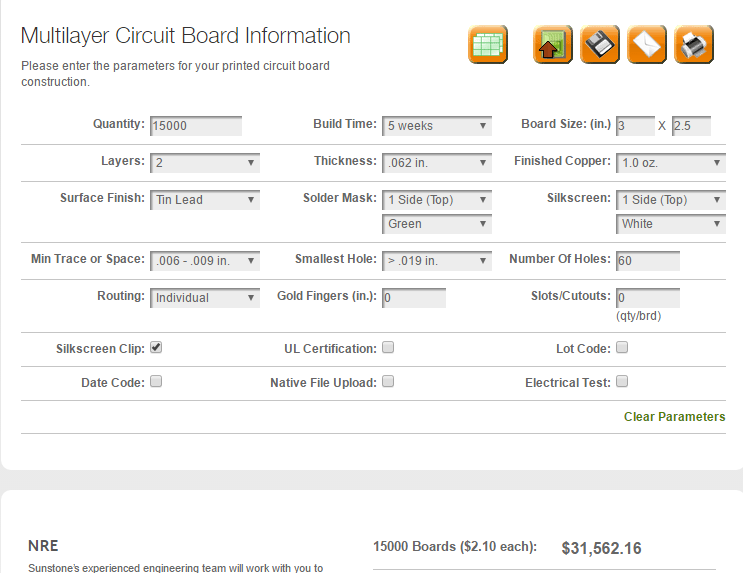 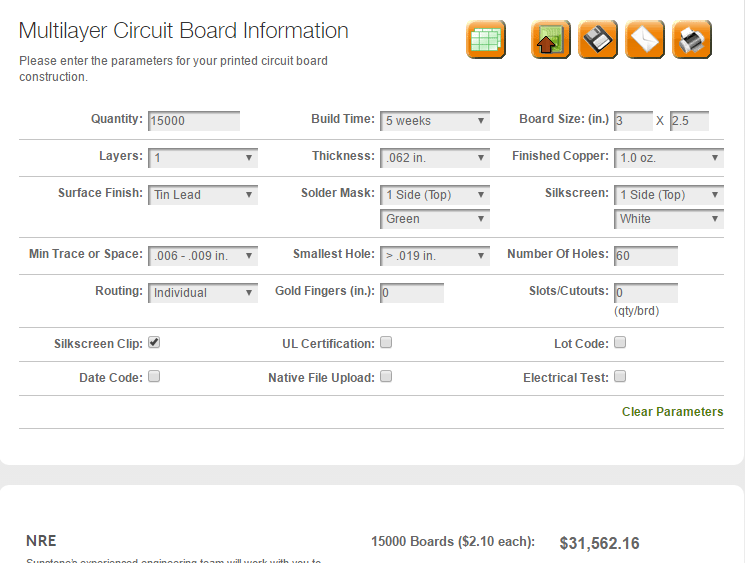 So it seems that I am missing something because the price did not change. Either I don't have enough volume, or this estimate tool is not that great at estimating.

Everything is on hold until Jan because of the holidays, but I was hoping to get a start on this during next week. But I want to know beforehand if my efforts are "worth" it.

Question: How much (approximately), can one expect to save by going from a 2 layer board, to a single layer board ? Assume board shape and size (3" x 2.5") stays the same and the same number of boards fit into a panel. Or is this insufficient information here and I would just have to wait until the New Year to speak with a fab house ?

Single layer boards are not usually made in the same facility as double and multilayer boards. The materials (most often cheap phenolic boards) and techniques (punching as opposed to drilling- so many huge punch presses for holes and outlines rather than drilling and routing machines) are quite different and the cost per square meter (yes, that's how single layer boards are priced) will likely be dramatically lower than anything you can find online, particularly if you design to what is most used rather than trying to get them to do something special. Shipping by surface (sea) is most economical.

The design has to be more careful to use the cheaper fragile paper-based phenolic laminate- much larger pads, no heavy parts mounted to the board without extra support and so on. They are not nearly as tolerant of abuse as epoxy-glass boards with plated-through holes. Parts the user can interact with such as connectors and encoders should have support provided elsewhere or the product may not be reliable.

Even with hard tooling, the minimum quantities may not be that insane- maybe 10K pieces (per shipment) for a board of reasonable size. Of course there will be NRE cost for the punches, which would typically be applied to the next shipment (provided the maker is still around and you have not made any changes to the PCB).

If you are using FR4 and quantities are smallish there is little advantage in single-sided- you can probably make the PCB smaller with double sided and recover whatever meager discount the PCB maker would give you.

My experience with both North American and Asian PCB suppliers is that single-side boards cost about 30% less than the same size in double-side.

This is particularly noticeable in on-going (repeat) orders.

Our volume is fairly low - 600 pcs each order, several times per year.

Not the answer you're looking for? Browse other questions tagged pcb-fabrication cost or ask your own question.