I am merely winding the video and video GND lines on the ferrite core. The core used is - this.

The impedance charachteristics is as shown below - 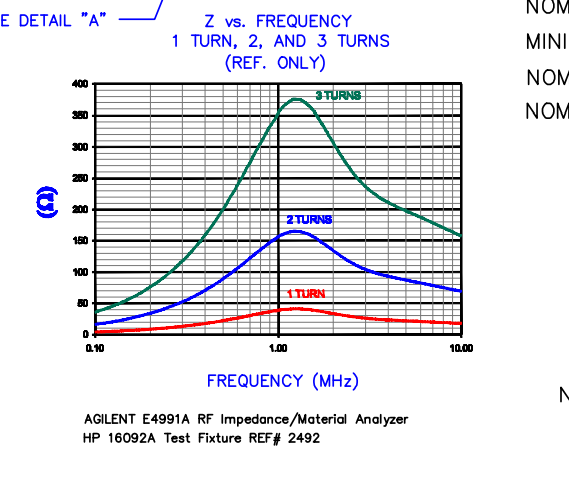 Now, analog video consists of a base-band signal of approx 5Mhz. I was connecting 2 different video sources to the same connector on my board. The video signals come to the connector as shown below -

Now, I kept observing a lot of roll noise on both my video signals. Now,I coiled the 2 video lines (and their respective GNDs) over 2 independent ferrite cores. This absolutely removed the roll noise and made the video very clean. I gave about 8 turns on the torroid. How did that happen ? How does a ferrite core work ?

Also, can I acheive the same impedance charachteristics using passives ?

Browse other questions tagged noise emc ferrite or ask your own question.