Analysis of a Bi-directional DC-DC converter

I'm building a bi-directional DC-DC converter that will be used to charge and discharge a supercapacitor stack. The design we came up with uses a 4-quadrant chopper, to allow buck-boost both ways. I've made a design in PSIM which can be seen here: 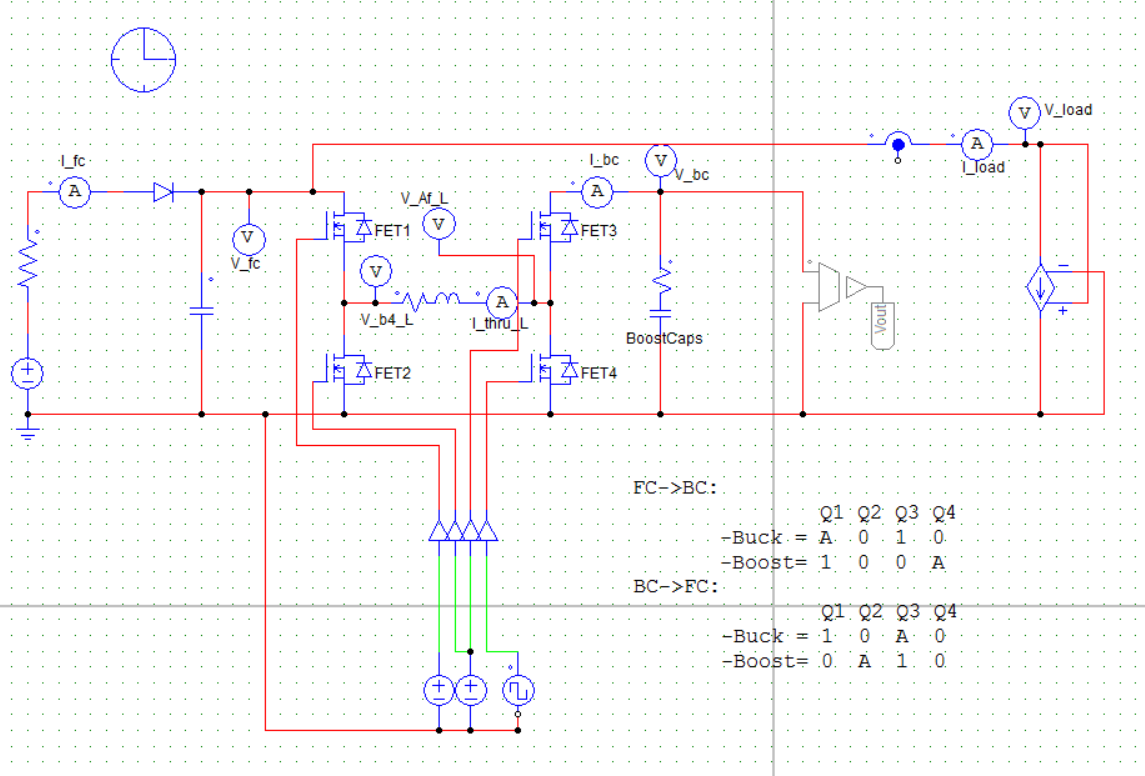 I'm having a bit of trouble with correctly predicting the simulations behaviour. For instance, if Q1 is open, Q2 and Q3 are closed and Q4 is Active (A). Then the circuit becomes a boost converter from the left to the right side (Fuel Cell->BoostCaps), with a purely capacitive load. I want to boost the FC voltage, which is set to 24V, to the voltage of the BC, lets say 30V. Since the output voltage always equals the BC voltage, regardless of duty cycle, i want to be able to control the amout of current going towards the BC.

I've tried rewriting the state equations for a boost converter, but still don't seem to be getting a good result. For reference, if the FC voltage is 24V and the BC's is 30V, then a duty cycle of 0.03 on Q4 corresponds to a load current of around 1A. While my calculations say this should be at least 0.11.

I would really like some help with finding a way to make a mathematical model so a controller can be implemented. A link to a paper or book would be welcome too!

[edit] and this is the topology: 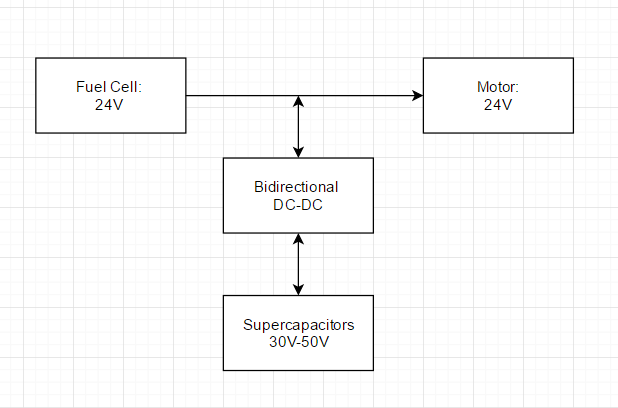