How does voltage bias affect a photovoltaic cell? I'm receiving conflicting opinions online, with some saying that photovoltaic mode is entered only with forward bias, some saying reverse bias, and some saying no bias. Furthermore, is there a breakdown voltage for photovoltaic cells? The Shockley equation as I understand it (\$I = I_0(e^{(eV/k_BT)} – 1) – I_p\$) physically cannot tend to negative infinity as it's an exponential equation.

In communications circuits, photodiodes are operated with negative bias or zero bias. PD's are not operated with forward bias, because it saturates the device(somewhat defeating the purpose of having a photodiode), as well as increasing junction capacitance (undesirable in high speed optical communications circuits). Some sources classify "photovoltaic" mode as the mode under negative bias, and "photoconductive" mode as the mode with zero bias. 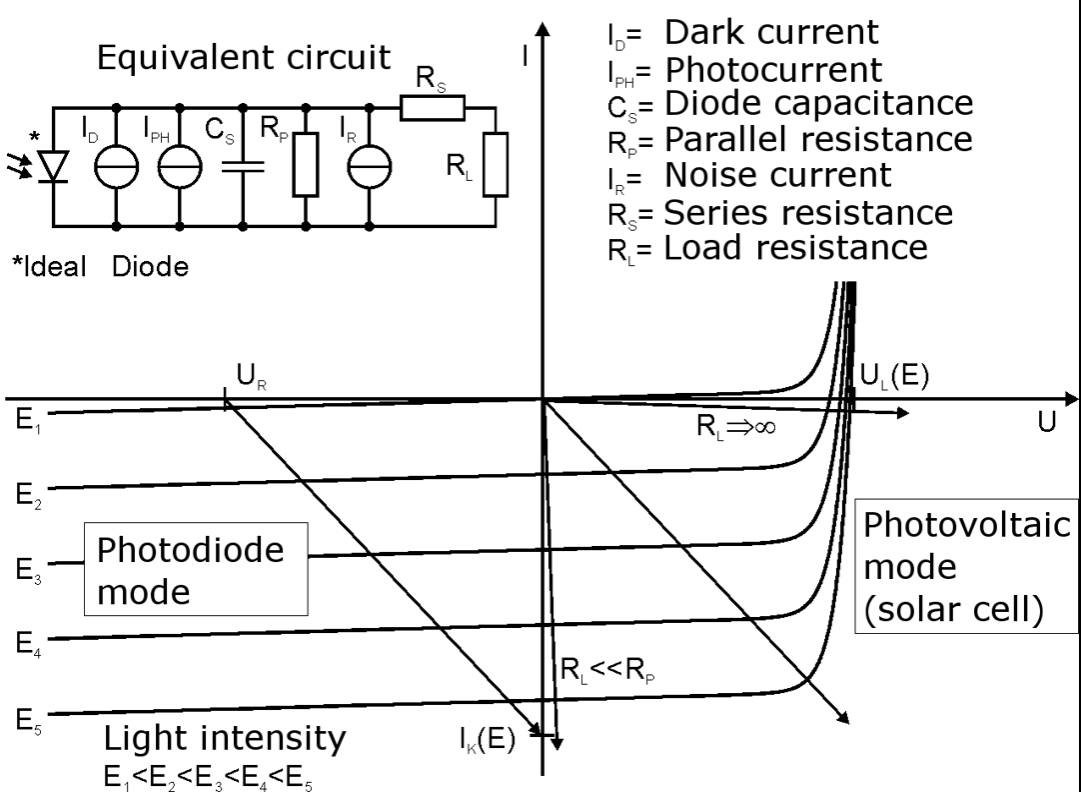 Some photodiodes have much higher reverse voltage (up to 200 V) and are used very close to their avalanche point. This gives these diodes much higher effective optical gain (100-100*) than a low voltage PD. 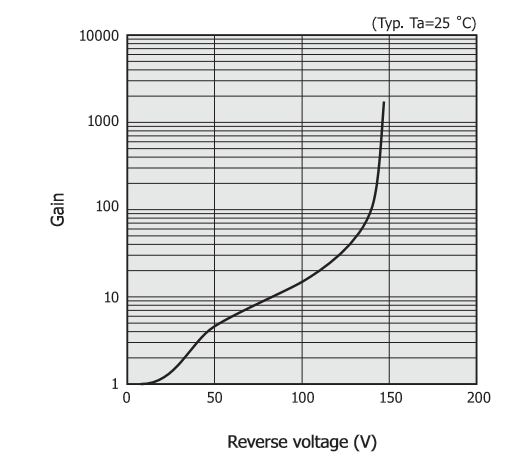 Not the answer you're looking for? Browse other questions tagged diodes photodiode or ask your own question.