Can anyone explain why \$\frac{\Delta V_x}{\Delta D} = V_{in}\$ here?
It seems to me that they are assuming that \$V_x = V_o\$ ( this is only correct for average voltage). However, if they use the assumption \$V_x = V_o\$ for average, then later in LC transfer function, they also should use this assumption to get \$\frac{\Delta V_o}{\Delta V_x} = 1\$. But from the transfer function of LC filter, we can see that they don't use that assumption.

I am really confused about this. It is not clear when we can use approximation and when not. 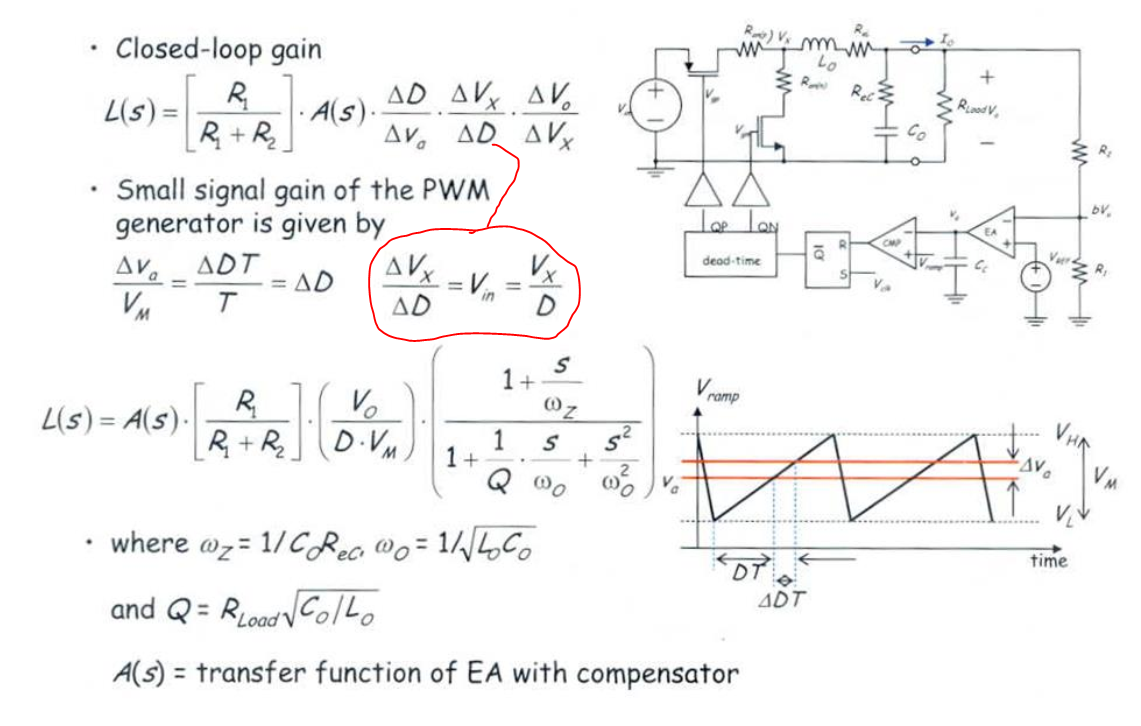 I think they assume that the average of the square wave generated by turning on and off the PMOS transistor is \$<V_x>=\text{D}V_{in}\$ and it doesn't look like they include the \$R_{on}\$ voltage drop associated with the PMOS transistor when it is on.

Now, \$V_{\text{o}}\$ isn't exactly equal to \$V_x\$ because of the voltage drop due to the series resistance associated with output inductor, but they should be really close.

So, I think of it as \$V_x\$ being a square wave without filtering with its average being portion of the input voltage (\$\text{D}V_{in}\$). And \$V_o\$ is the output voltage after filtering which should be the same as the average of the \$V_x\$ waveform minus the voltage drop caused by the output filter.

Not the answer you're looking for? Browse other questions tagged circuit-analysis switch-mode-power-supply dc-dc-converter power-electronics buck or ask your own question.