Hello Im just starting to work with valves but have a question on the power supply side. The question is the amplifier I am building needs 300 VDC. As I understand voltage after bridge rectifiers across the smoothing capacitor increases. The transformer I have is 660 volts AC center tapped 120 milliamps.

The amp requires a single ended power supply. The multi meter shows 330 volts AC no load. but where I bought the transformer it says 290 volts ac and it could power the tubes Iam using. But the real question is will that voltage come down under load on the AC side and the DC side.

Im not sure if 330 ac is to much for the tubes. So what I was wondering if I needed something as low as 250 Volts AC. Then that would go up after rectifier and capacitor.

The bottom line is what ac voltage do I need to convert to dc 300 v. Is it the same or is the ac part lower ?

Also what would be the best way to wire the center taped output to get the most current out of the transformer because I only need one x 300 volts supply. The diodes I am using for rectification are 1n4007.

Im confused with this RMS and peak power. I know peak is higher and do the caps need to be at the peak voltage. The caps are rated at 450 volts The tubes Iam using are 6v6s and there will be 2 of those to make a stereo amp. There is also 2 x 6j5s which are driver tubes. A total of 4 valves will be used. The SE output transformer is 5000 ohms so Iam not sure if there is enough current. Would a larger capacitor and choke compensate the current demand at peak power?

sorry if this is long but any help would be much apreciated.

So you have a transformer with CT output then of course you can use only one side for rectification and leave another side open. Since it will show 290Vrms under full load and you don't have that much load, we can assume it will show 300Vac. As stated by RoyC, peak output voltage after rectification will be 1.4 times secondary RMS but we leave some margin (due to ripple) and let's say the output will be 300 x 1.35 = 405VDC under full load. But for 300VDC, you'll need 300/1.35=220Vac output. But you have 300Vac, so let me check if you can still use it.

For driver stage, since it has a triode and Class-A config, supply voltage directly affects on operating point (thus the harmonic content and distortion). So, if your circuit is designed for 300VDC then you'll need 300VDC. Note that ±20V is a fair margin for a Class A driver's supply. For power stage, it's not that important but 405VDC is dangerous for that stage.

Let's check: According to 6J5 datasheet and the circuit given, quiescent current is 1.5mA (blue point) for 300VDC: 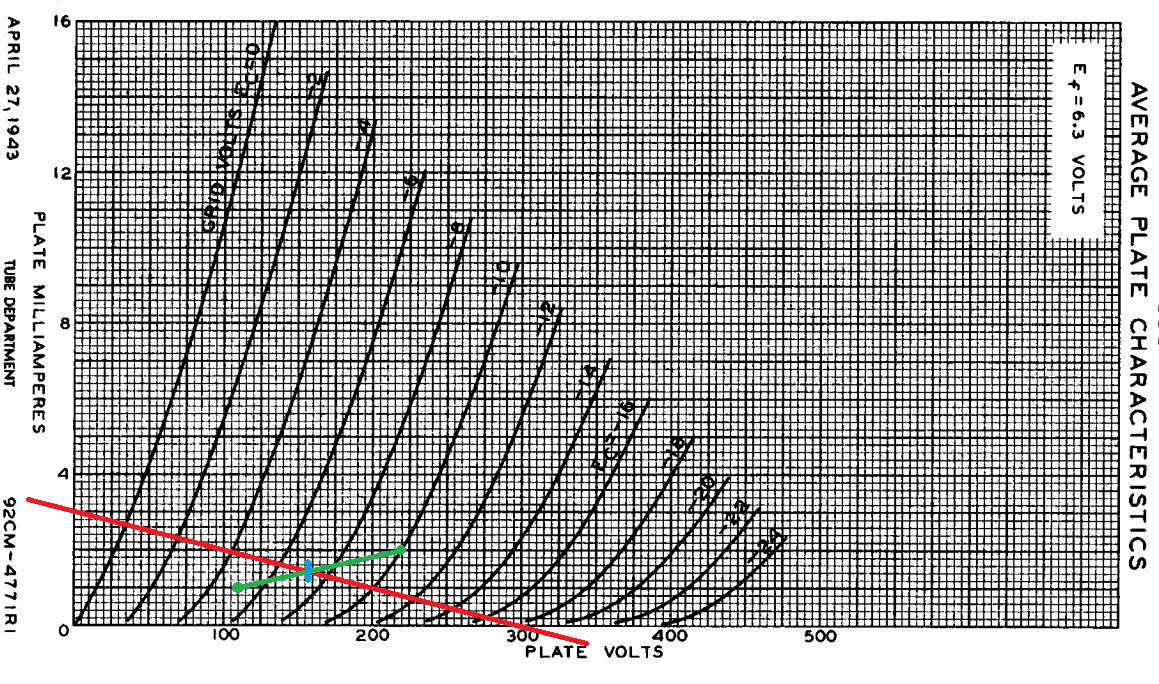 You can see that quiescent anode (plate) voltage is around 160VDC.

If you directly apply 405VDC to the driver stage without any modification, operating point will be like in the following (blue point): 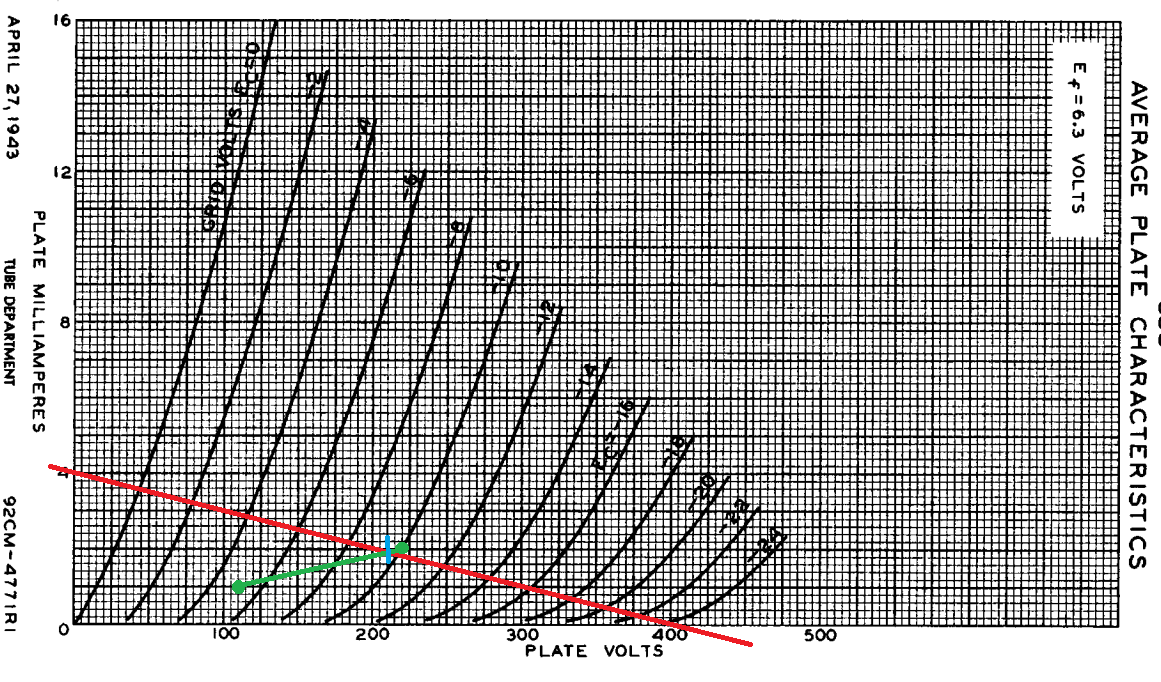 As you can see, quiescent anode (plate) voltage will be around 210VDC. According to datasheet, maximum allowable anode (plate) voltage is 300VDC. Besides, voltage gain will be a bit different. And also, harmonic content for high (10Vpp) input signals will be quite different, but I think input won't be higher than 2Vpp in your application even if it's a guitar amp. So, you're still good.

But, I personally recommend this:

After rectification, put a RC filter with R = 22k/1W and C = 10uF/450V. This will provide a voltage drop for preamp stage and nice filtering for 100Hz ripples. You can also play with R value until you get enough performance.

Your main sector is either 110V or 220V (or approx) RMS. The transformer multiplies that by a constant factor to turn that into 290V RMS. As your main sector may not be exactly 110 nor 220V but a bit (10% is ordinary) more, this difference is multiplied by the transformer and it outputs 330V RMS = 330 * sqrt(2) = 466V peak. Without load, no current is drawn from the transformer so diodes will redress the peak voltage and charge the first capacitor with Vpeak (466V).

With a charge, the transformer impedance will start to dissipate hence the voltage will be lower. As a rule of thumb, a loaded high voltage power supply delivers approx. RMS × 1.2 = 396V (400V) but the first capacitors must be able to withstand the full unloaded HT (466V). Choose at least a 500V rated capacitor.

6
Can someone explain this tube amplifier circuit for me?
2
Is my power supply calculation correct?
0
Limiting no-load output voltage of a tube amp power supply
2
Step down transformer for vintage tube amplifier
2
How can I reduce B+ from 460VDC to 420VDC in the power supply of a tube guitar amplifier?
1
Tube Guitar amp Input Transformer Removal
0
Simple vacuum tube tester design
6
Design of a switchable dual voltage power supply