Understanding the relationship between LoRa chips, chirps, symbols and bits

I'm trying to understand the actual relationship between LoRa chips, "chirps", symbols and bits. I don't mean just the equations that relate the various rates, but actually how these things relate quantitatively.

The spreading factor relates chips and symbols. \$2^{SF} chips = 1 \ symbol\$. So the symbol rate SR is related to the chip rate (as BW):

In the implementation of the LoRa modulation, every 4 bits of data will be encoded as 5, 6, 7, or 8 total bits as a form of forward error correction, and these are selected by setting the coding rate CR = 1, 2, 3, 4. So the actual rate of user data bits must be reduced by the factor:

This concludes what I think I understand so far. I don't know what chips or symbols actually are. For example, there is an extra SF term in the final relationship between bandwidth and raw bit rate, which I do not understand.

This says that one symbol is equivalent to SR bits, or between 6 and 12 bits in the LoRa available settings. Is that correct?

I have found here (also, watch after 13:00 in this video EDIT: video of the more recent and more in-depth talk) a definition of chirp rate as the first time derivative of frequency df/dt. That would give it units of \$time^{-2}\$ but the expression shown there is different. Perhaps this is the rate of complete sweeps (chirps), rather than the rate of change of frequency?

above: screen shot from here.

Question: What is the relationship between chips and "chirps" - can the chips be visually distinguished in the spectrograms - can one see where each chip begins and ends? Also, are there indeed between 6 and 12 bits per symbol?

Below are some illustrations of spectrograms of LoRa signals. It looks like during each chirp, there is roughly on average one instantaneous shift in frequency per nominal chirp period, but I don't know if that holds in general. 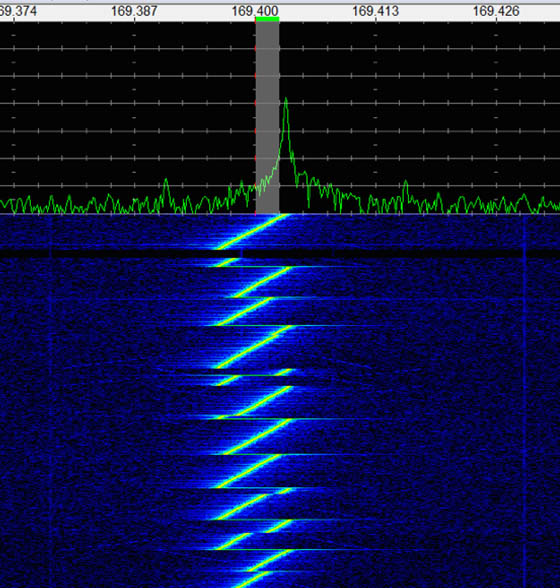 above: LoRa spectrogram from LinkLabs: "What is LoRa?". 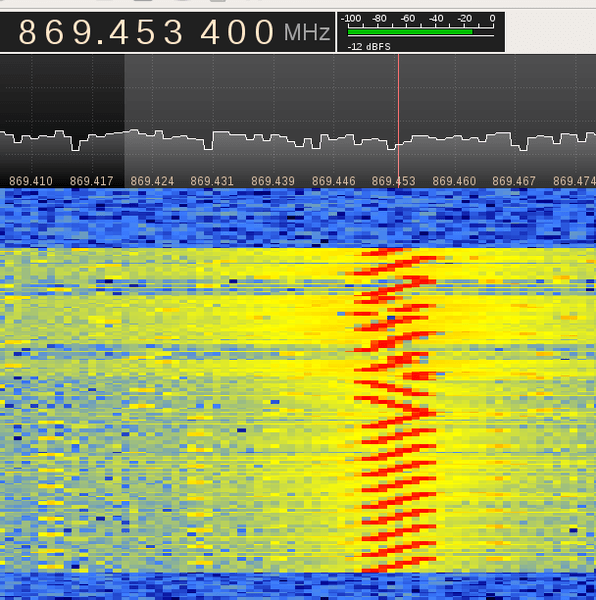 above: LoRa spectrogram from Decoding the LoRa IOT Protocol with an RTL-SDR. 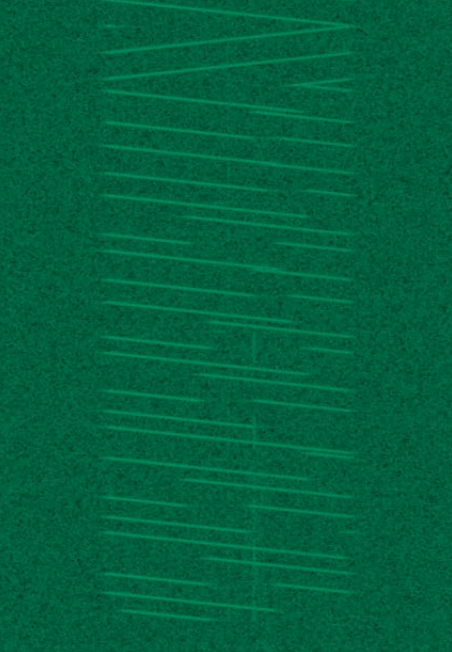 above: from Decoding LoRa - cropped from here.

LoRa is a chirp-based spread-spectrum modulation. A symbol is a chirp.

To generate symbols/chirps, the modem modulates the phase of an oscillator. The number of times per second that the modem adjusts the phase is called the chip rate and defines the modulation bandwidth. Chip rate is a direct subdivision of the quartz frequency (32 MHz).

Basic chirps are simply a ramp from fmin to fmax (up-chirp) or fmax to fmin (down-chirp). Data-carrying chirps are chirps that are cyclically-shifted, and this cyclical shift carries the information.

The reason is that a symbol, with a length of N chips, can be cyclically shifted from 0 to N-1 positions. The "reference" position is given by the un-shifted symbols at the beginning of the LoRa frame. So this cyclical shift can carry log2(N) bits of information. If N is a power of two, the math works nicely.

Due to noise, this modulation/demodulation process introduces errors, and that's why an error correction code is added. For a typical payload, 25% (CR1) or 50% (CR2) of redundancy is added before modulating chirps. In practice, the data sent by the user is also mixed to get better error correction properties.

Raw data-rate and error correction define the nominal data-rate. To get the effective maximum data-rate a device can transmit at, you have to take into account:

I have added (in red) the boundaries of chirps so that the effect of cyclical-shifts is easier to understand. Except for a few special symbols at the end of the preamble signaling a start of frame, all chirps in a LoRa frame are the exact same length. Frequency seems to "jump around" quite a bit, but there is no discontinuity in phase that would lead to copious amounts of unwanted harmonics all around the band.

So, what is a bit, symbol, chip, and chirp, and what do these mean?

Bit is the smallest unit of information. Most of the time, we try to send these bits from the sender (TX) to the receiver (RX).

In order to send these bits to RX, they have to go through some kind of medium to reach their destination. It can be any metal, air, water, fiber optics, etc., any kind of medium you can imagine.
They each have advantages, drawbacks and their own quirks, but we mostly use them because we need to compensate other media's shortcoming.
Fiber optics are used because they are better at transmitting signal with a lot less attenuation compared to wireless transmission which uses air as medium, and a lot less costly compared to copper-based communication if we are speaking about long ranges.
Disadvantage of this medium is that you cannot transmit power over it, it would be pointless. You cannot reuse this power at the end, so if you want to power something while you are transmitting information, you will have to use copper.
Bit rate is the number of bits transmitted or processed per time unit.

If you want to transmit over these different type of media, you have to describe and transmit those bits of information in a way, that it would reach its destination.
A symbol represents one, or more bits of data, it can be a type of waveform, or a code.
Symbol rate is the number of symbol changes per time unit, it can be equal to or less than the bit rate. Symbol rate is also known as baud rate and modulation rate.

Chip is the basic binary element of the sequence of data in the context of spread spectrum transmissions, and to avoid confusions, they named it differently from bit.

Spread spectrum is the idea of having your data spread through a bandwidth, this way the transmission will be more redundant, less prone to jamming. If you want to reach the same reliability without using spread spectrum, you will have to transmit in a narrow-band in relatively high power. This jams other transmissions, and goes against the whole point of telecommunication, that you transmit the information successfully, without bothering anyone else's transmission.
Chip rate is the number of chips transmitted or received per time unit, and it is much larger than the symbol rate, meaning that multiple chips can represent one symbol.

If you are interested in what other spread spectrum technologies exist that use the concept of chip, check out the access method Code Division Multiple Access.

A chirp is a signal in which the frequency increases (up-chirp) or decreases (down-chirp). In QPSK, BPSK and many types digital modulation, they used sinusoidal waves as symbols, but in CSS they use chirps, which are not varying voltage/power in time, but changing frequency in time.

-To be continued-
I need to revise the answer from the chip part, because calculating things from the two documents (1, 2) doesn't give the same result, and in the video its still not clear what do we take as a chip or a symbol in the CSS modulated signal.

Not the answer you're looking for? Browse other questions tagged demodulation digital-modulation encoding lora or ask your own question.

6
How to calculate the data rate of LoRa?
5
What is SEMTECH's "secret sauce" that makes LoRa Picocells viable?
4
Am I using Shannon-Hartley Theorem and thermal noise correctly here?
1
LoRa modulation and chirp process clarification

1
What's the difference between PWM and VPW?
2
How can I be sure that a multi-bit-per-symbol encoding schema exists?
4
Am I using Shannon-Hartley Theorem and thermal noise correctly here?
0
Analog Phase Locked Loop Design
1
How does widening the frequency band allows us to make faster pulses in a radio link?
1
LoRa modulation and chirp process clarification
0
The relation between data bandwidth (BW) and BW of the local oscillator of a transmitter