Which design for a “mic booster” circuit?

I want to to add about 20x gain to a microphone I have. I tested the following circuit with satisfactory results: 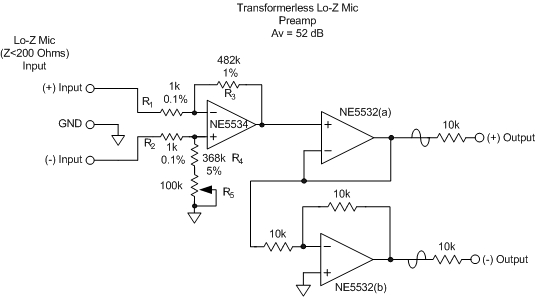 I was going to build a PCB for it, but then I realized I had no NE5532 around in SMD packaging. I found some LME49990, and reading the datasheet I found the following circuit: 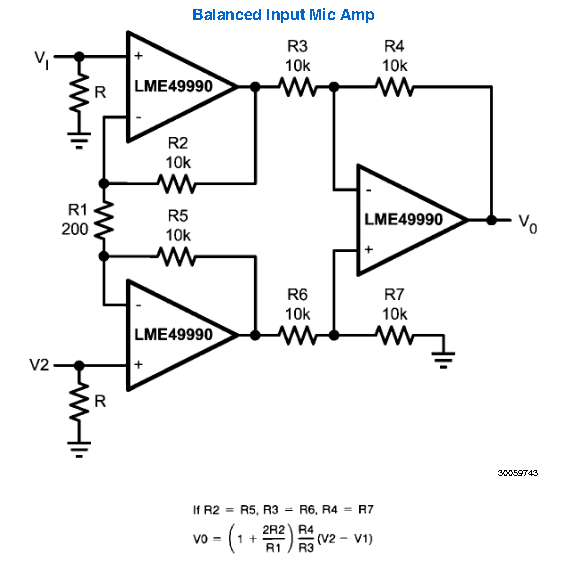 So I modified it a little to get a balanced output. I just removed the second part that converts balanced to single ended: 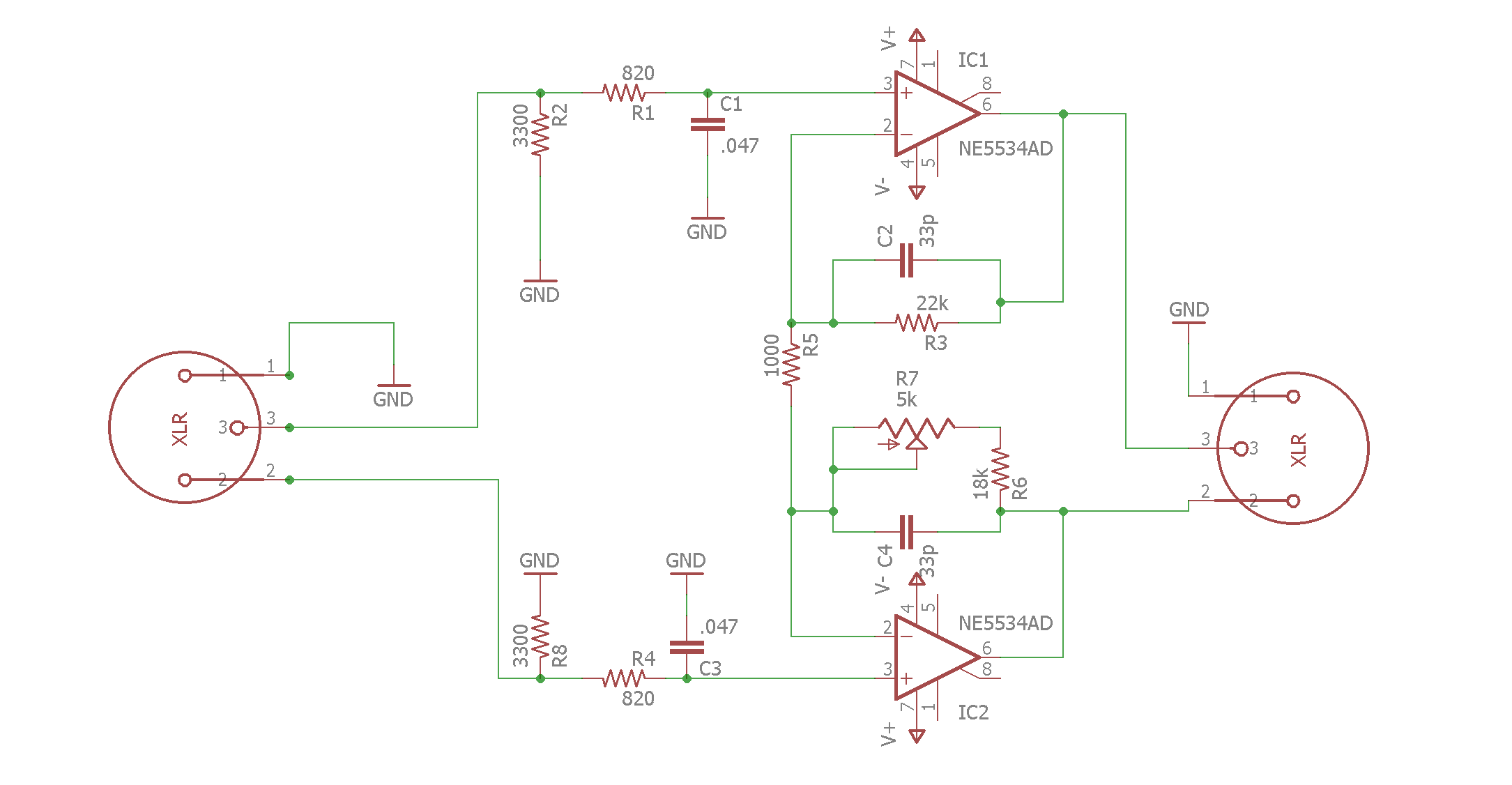 Two questions: 1) Will this work? 2) why is R5 shared between both amps instead of using a resistor to GND like a traditional noninverting amplifier?

My rationale behind the two opamp version is that I have less components in the audio path, so, less chance of adding noise.

Bonus question: do I need to worry about DC here? Should I add coupling capacitors at the inputs?

Circuit 1 you say is fine except you don't have SMD op-amps - this is what you said: -

I tested the following circuit with satisfactory results

So, I would go with replacing the NE5532 with 2x LME49990 SMD devices. In fact the performance requirements for the final two op-amps are quite weak - they are just unity gain amplifiers to provide a differential output. Have you got any dual SMD op-amps that could be used?

My rationale behind the two opamp version is that I have less components in the audio path, so, less chance of adding noise.

No, once you have achieved the gain from the first stage noises do not add linearly any more because 100 uV noise + 10 uV noise does not equal 90 uV it equals 100.5 uV noise.

Bonus question: do I need to worry about DC here? Should I add coupling capacitors at the inputs?

Yes you do and you should do what you stated - add coupling capacitors. The microphone may be phantom powered or have some dc voltage across it so you don't want to compromise on this. Keep the 3300 ohm resistors to 0 volts - add series capacitors on the mic input connections to the left.

Not the answer you're looking for? Browse other questions tagged operational-amplifier audio microphone or ask your own question.