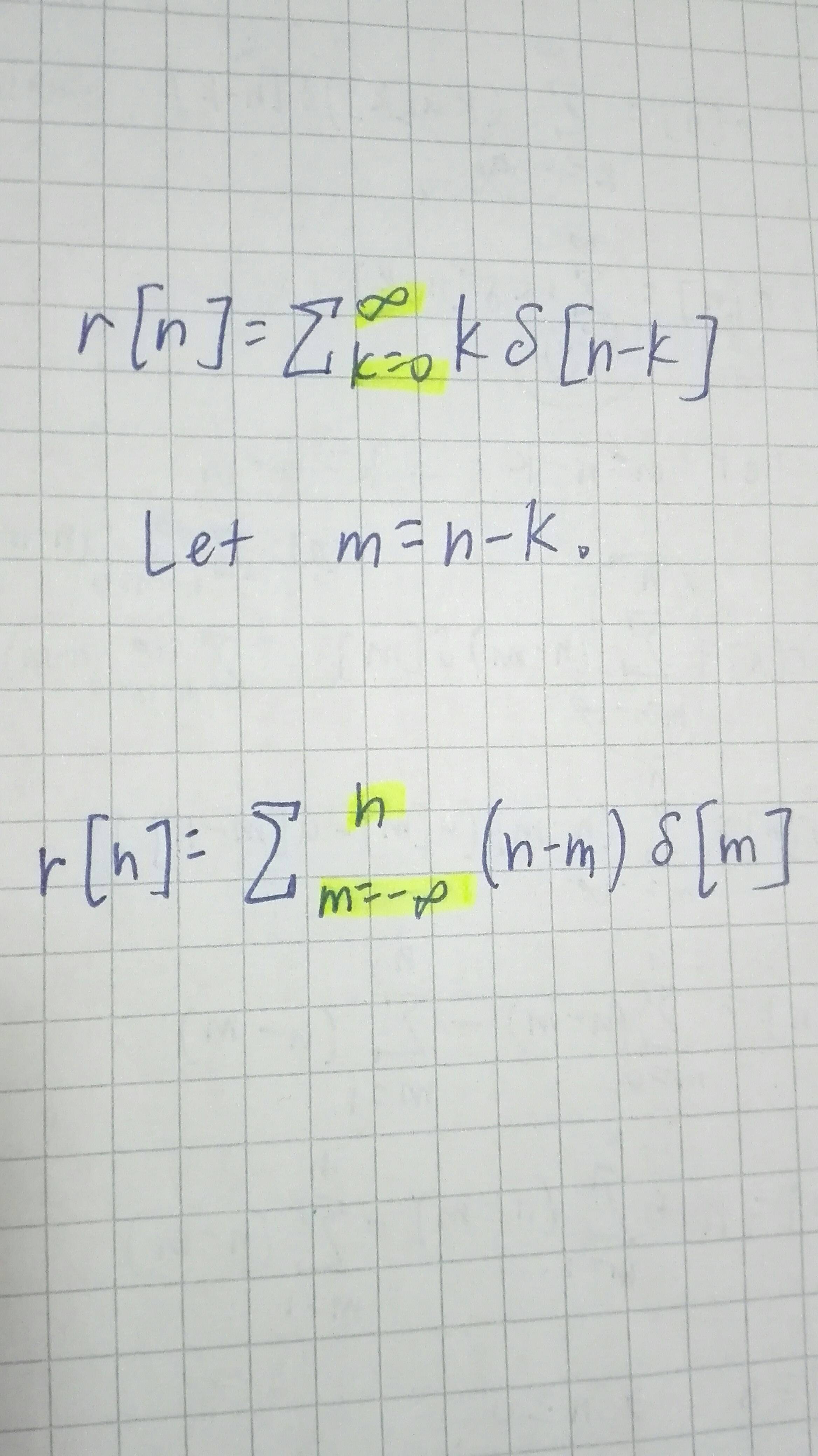 I cannot understand how the summation range has changed via substitution of m.

Full problem with solution (for context): 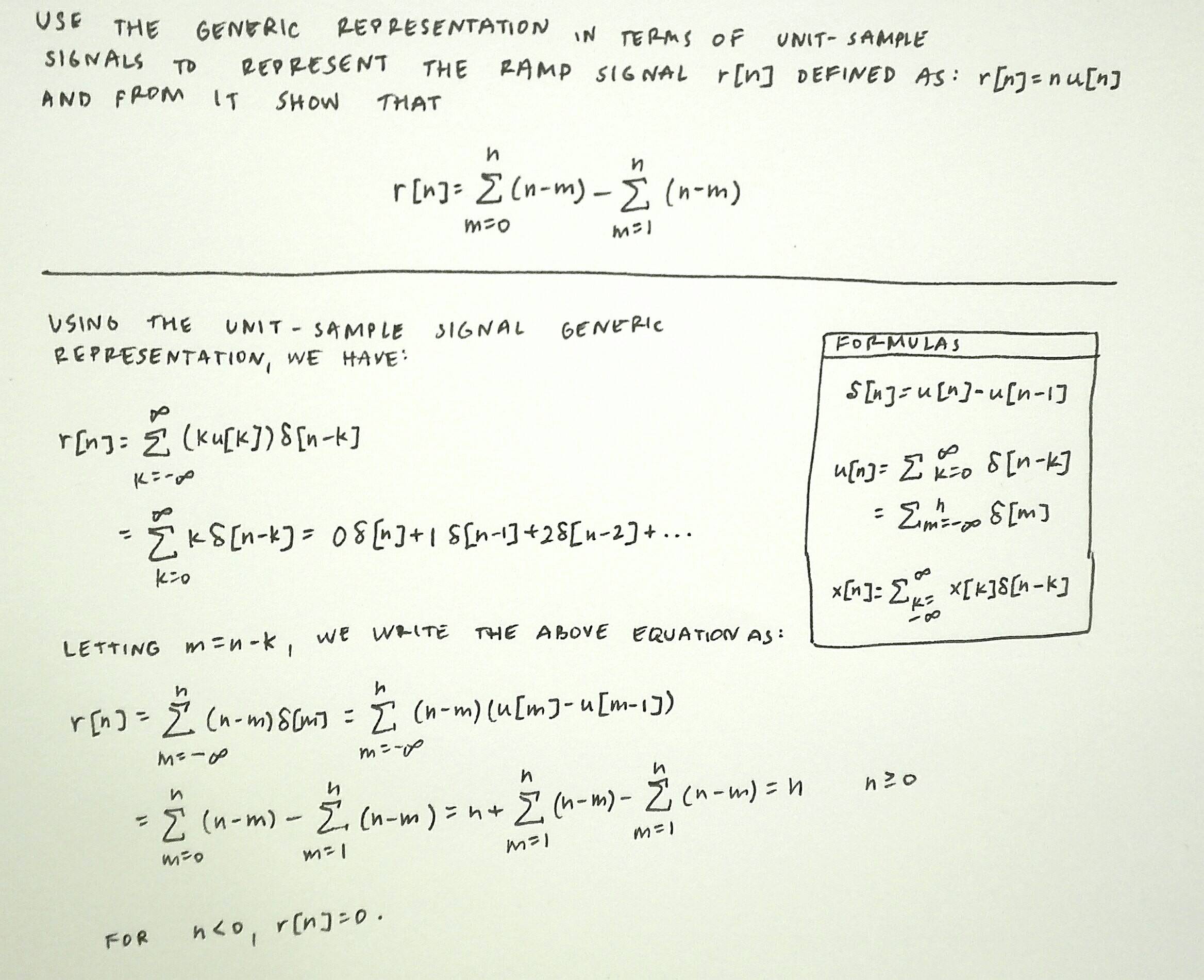 When you substituted m = n-k, that also swaps the limits.

Because when \$k=\infty\$ (the old upper limit), \$n-k=-\infty\$. Since that is lower than any other index in the summation, it becomes the new lower limit.

No mucking about with delta functions is needed to get the desired result.

Not the answer you're looking for? Browse other questions tagged dsp math math-notation or ask your own question.