This cable will extend for a few thousand feet and I am looking at the impact the length has on the bus voltage, and its susceptibility to supply droop when one of several circuits, placed along the cable, switches on. In order to model this in LTSpice I have been trying to determine what factors apply, such as series inductance and resistance, parallel capacitance, mutual inductance between the conductors, and so on. However, I'm not sure all of these apply.

The basic model for a differential data transmission line consists of two conductors, each with a series resistor and inductor, and a capacitance between them. Additionally there is a high value resistance between them, but I am considering that negligible in my case.

However, there are four conductors plus a shield in this cable (two power, two data, and one drain/shield) which I am assuming are located fairly symmetrically in a square within the cable around the drain conductor: 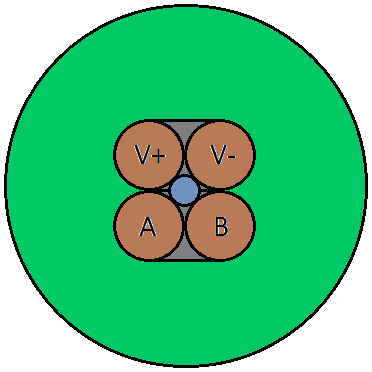 In order to get an accurate simulation I have been trying to model this complete setup by adding two more conductors with series resistance and inductance, parallel capacitance to each of the other conductors, etc. Additionally, I have been trying to calculate the coupling coefficient between the cable inductances so that I can simulate it in LTSpice. However, I am not at all confident that I am doing this correctly and how much I really need to take into account. If I extended the elements from the two cables to all four, I came up with something like this: 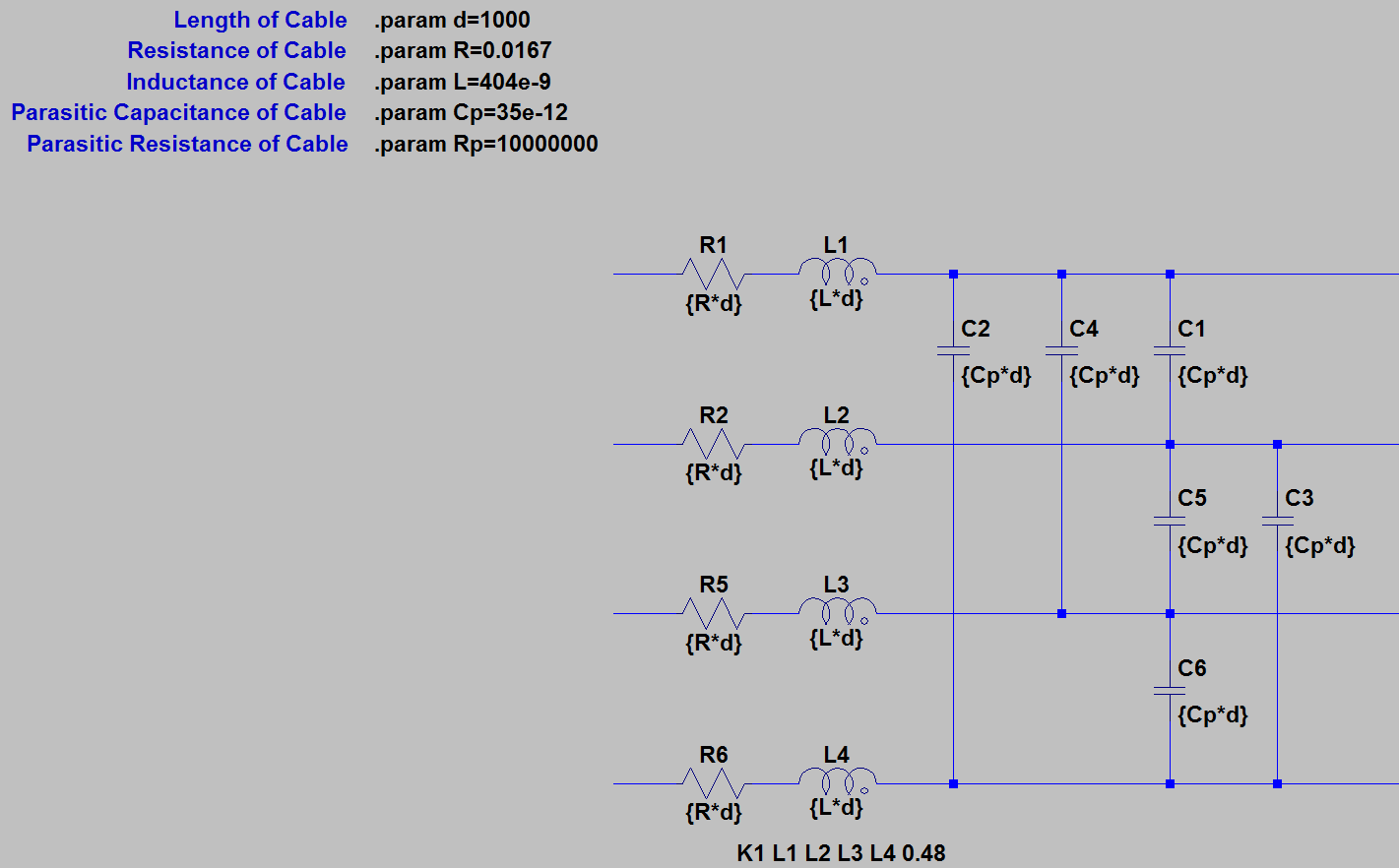 Ignore the Rp, I am not worried about that right now.

Am I going about this correctly? Am I leaving anything out, or including something I shouldn't? I realize there will probably be capacitance between each conductor in each pair and its shield as well, but I'm not sure whether or not to include that. Also, I am assuming the mutual inductance between each of the conductors and each of the other ones are identical (which in reality they won't be, but I'm just trying to get a basic idea). This is why I have the K1 L1 L2 L3 L4 0.48 statement. I'm not even sure about my math to get 0.48, but that's another question in itself. 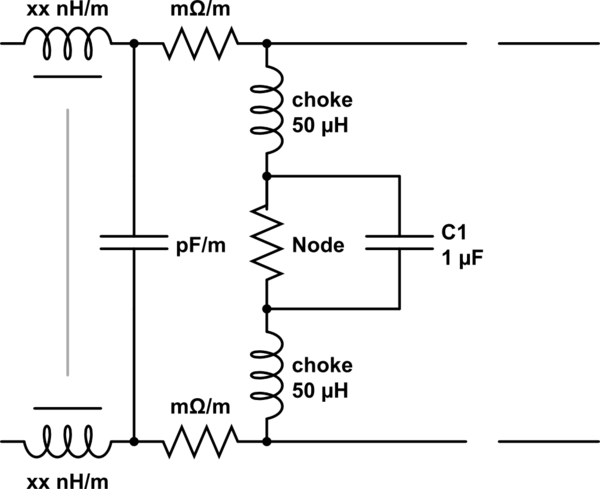 Not the answer you're looking for? Browse other questions tagged simulation ltspice transmission-line or ask your own question.

8
Transmission line simulation (physical)
1
Modelling a “single-phase permanent split-capacitor motor” in LTspice
7
Has LTspice been extended to support the modified-Chan, non-linear hysteretic model for coupled inductors (transformers)
0
Circuit model, microcontroller to peripheral bus wire
2
LTSpice: Pass/Fail in Error Log if Voltage < Constant Reference
0
Need help modelling the circuit with parasitic capacitance of a power supply in this scenario in SPICE
2
How does this impedance matching circuit work? How to simulate it correctly in SPICE?
2
CAN Physical Layer With Different Characteristic Impedance
1
Modelling a transformer in LTspice