If I connect the cap directly with no charging circuit, it draws a lot of current which make the fuse of our power supply to switch off the supply. We limit the current to 2 Amperes and the fuse disconnects the supply. Maximum current supported by the circuit before this capacitor is 250mA, so I want to limit the charging current below that level

Fuse blowing during capacitor charging can be prevented by using a "slow blow" fuse which tolerates moest overcurrent peaks of say 5x rated value for a second or so but which blows much more rapidly under heavier overloads. Getting the right balance between allowable overload and good protection can be an interesting exercise.

A slow blow fuse will take seconds to minutes to "blow" at 2 X its rated current but will typically blow in 10's of mS at 10x rated current and in under 1 mS at 100 x rated current. Exact current time profile will vary with brand and type. This time delay effect is usually but not always achieved by giving the fuse "thermal inertia" and by controlling the cooling available to the fusible element.

The graph below shows the current versus time profile for Littefuse HF461 fuses.
This is NOT the cheapest slow-blow fuse available. They can be purchased for rather less that the $1.50/10 or so per fuse that these cost, but these have a good data sheet to show you what you can expect. (Or hope to expect).

In the case in question a 2A fuse with a 6A load should blow in 1 to 2 seconds.

These results will depend to some extent on temperature, mounting, enclosure and which way the wind is blowing (in some cases literally so) but will serve as a guide which should be good enough.. 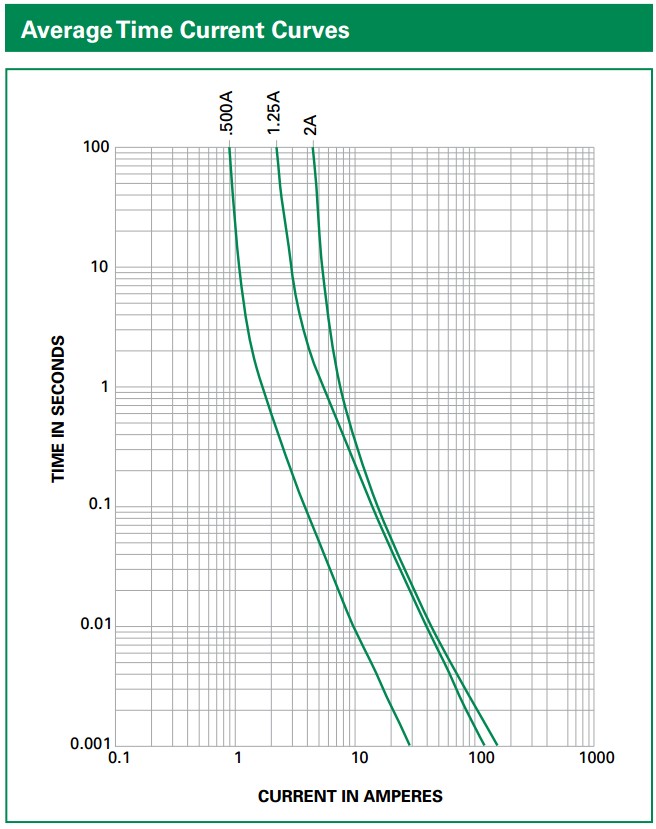 Also provide a good data table:
Note the very long periods when Iin is not much > Irated. 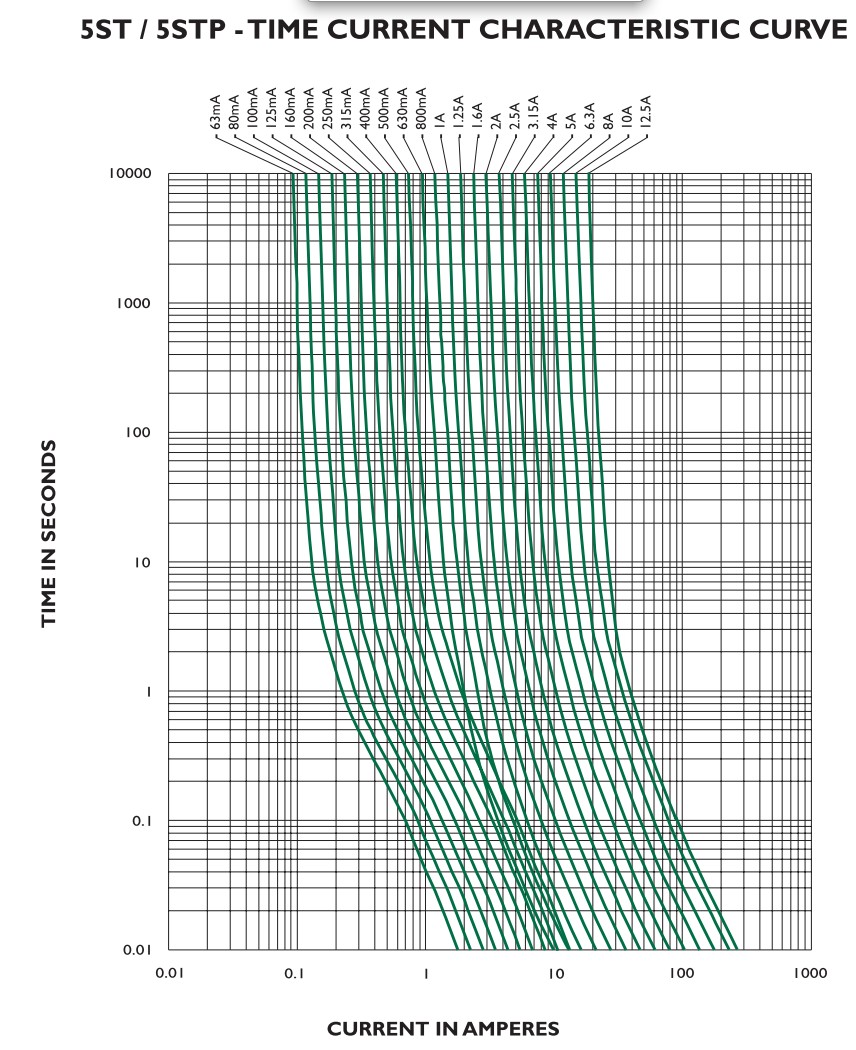 If there is a reason for having a charging circuit, then you didn't say why in the question. We would also need to know more information about the 60-80v input power (max current?) and what/how you want the cap charged. Without that information, all I can recommend is just connecting up the cap with some wire.

To limit the charge current to 250 mA then there are a couple of ways to approach this. The easiest way would be to put a 320 ohm 20.0 watt resistor between the power supply and the cap. This is going to limit the charge speed by quite a bit, so beware. With a 80 v input, the cap will charge to about 49v in 1 second, 68v in 2 seconds, and 78v in 4 seconds.

Somebody is going to comment/complain that a 20 watt resistor is overkill, but it is not! Peak power will be 20 watts, but average power could be much less depending on the use. If you don't use a resistor able to handle to 20 watt peaks then it could get damaged. The easiest way to get that is to just buy a 20 watt resistor. Since the 20 watt peak is for a short period of time you might get by with a smaller resistor that is rated for 20 watt pulses but that means that you have to read the datasheet for the resistor carefully. Since nobody wants to read datasheets for resistors, just use a 20 watt resistor. You probably don't need a heat-sink on this resistor.

If you need the cap to charge more quickly than 2-4 seconds then your best option is to make a constant current switching power supply. These types of circuits resemble a "buck converter" but are somewhat modified to regulate current instead of voltage. Normally a switching regulator/converter is tricky, but you have the added problem of having an 80v input, which is high for such a device. I did a little searching on some chip manufactures web sites and couldn't find anything easy to use. It probably doesn't matter, however, since I doubt that you want to tackle a project of this difficulty.

Another option is to have several resistors, 320 ohm, 220 ohm, 110 ohm, etc., and use MOSFET's to turn each of them on as the cap charge voltage goes up. Voltage comparators or even a microcontroller with ADC inputs could be used to control this. This works for something relatively quick and easy, although I would consider it a bit of a hack.

In my opinion, if the single 20 watt resistor doesn't work for you then you might be better off simply getting a different power supply that can provide more current without blowing a fuse. Seriously!

As you're looking for a simple charging circuit, a resistor is the easiest thing as David said. It will limit the current peaks, which is what you want. It's very slow though, because at high charges it will not utilize the full current output of the supply.

Otherwise the only thing I can think of that limits current to reasonable amounts would be a switch mode power supply with some kind of soft start. It will mean you have to drop a few volts, get around the whole design of high voltage transistors, diodes , inductors etc., test for stability etc. Far from simple, actually.

Constant current SMPS is also a possibility as it will charge the cap at a constant rate. With a normal buck converter this will be less constant, but a proper SMPS may limit the current peaks during start-up (i.e. charging). Problem is of course that you're limited to what SMPS you can find that has an adequate current limit. A high-voltage LED driver would be your safest bet. Watch out you don't pick a boost type, as that will definitely overcharge the cap.

Another option may be, even more complex, is to roll your own SMPS with standard buck set-up (inductor, diode, fet) and FET PWM controller. I guess you'd need to monitor the input and output voltage/current with some dedicated micro and run algorithms to control the output voltage. Probably way out of budget and too risky, as any regulation issues (oscillation, overshoot, severe ringing) will cause issues.