Can Toroidal-core Transformers be mounted with bolts going directly into the core?

I realize that the most common way to mount a toroidal-core transformer is by sandwiching it between two rubber-padded plates with one long screw holding them together and to the case (or whatever it's mounted to).

But I was thinking of another way to mount a toroidal core, in particular the kind that's made of a roll of iron alloyed with silicon (which is the best for low-frequencies, such as 50hz/60hz power transformers). What if I were to drill and tap 2 adjacent holes into the core (perpendicular to the laminations), and then use screws to connect it to a case. If the case is the perfect width, I could even put another screw into the opposite side of the core to attach it to both sides of the case. 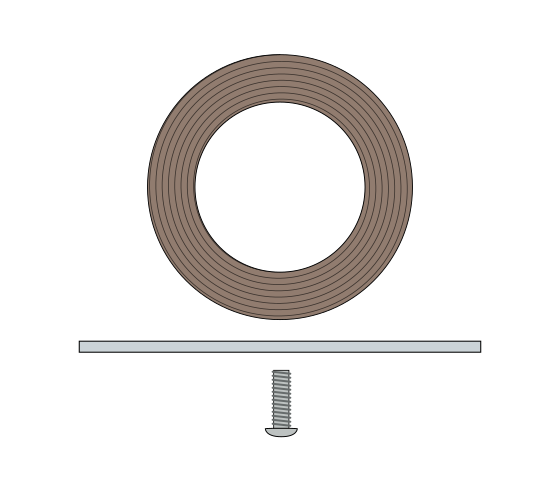 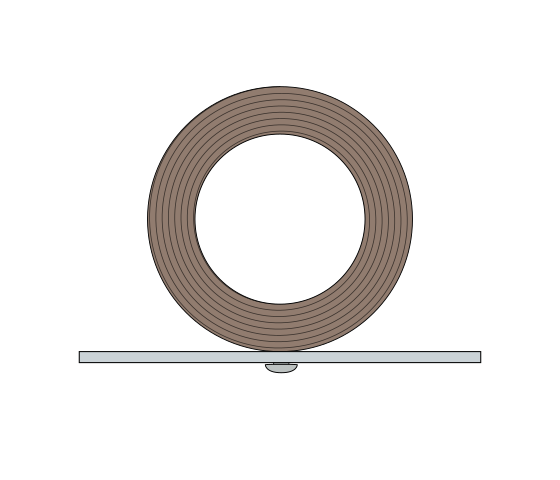 This would also effectively ground the core. That's a good thing, right? Doesn't it somehow add stability to the transformer?

The only problem that I can see is that the screws would electrically link the plates together.

Other than that, I cant see why toroidal cores aren't ever already mounted this way.

Edit: Note that I am referring to the toroidal cores that are made of a roll of silicon steel (notice the spiral shape in my pictures), mostly for sizes ranging from 4-15cm in diameter as in mains transformers. Not the ferrite or iron powder cores used for higher frequencies, which tend to be too small for much benefit from this method anyway.

I also changed a sentence that used to say "Doesn't [grounding the core] somehow reduce problems when the core is getting saturated?"

You mention 'laminations', so you're obviously talking about an iron core.

The major issue is that toroidal cores are wound with copper all the way round, for packing efficiency. If you drilled into the side of a standard wound transformer, the drill hole would cut through every winding. This means that a toroidal designed to be mounted this way would need relatively large areas left not wound to allow access, sufficient to maintain insulation integrity to the high voltage windings. That would be a fairly large hit in VA and efficiency, for the 'benefit' of being able to be mounted this way.

A second issue is the reduction in core cross sectional area, which would directly result in a reduction of volts/turn, so further reduce the transformer VA.

A third issue is the one you mentioned of shorting laminations together, which will increase core losses, reducing efficiency.

Electrically grounding the core has absolutely no effect on core saturation.

There's not a lot broke with the clamping method of fixing a toroidal transformer, certainly nothing to be gained trying to fix it this way.

The material the core is made from is a sintered ferrite and physically almost behaves like a ceramic. Drilling it will be difficult if not impossible without breaking it and putting a screw in it will not give a mount of any kind of strength.

If you need to mount it vertically you can usually get a plastic bracket to put it in.

Not the answer you're looking for? Browse other questions tagged power-supply ac transformer grounding mount or ask your own question.