Why do you need a conductive layer with conductivity of \$~10^4\$ S/cm in a capacitance touchscreen?

ITO has has conductivity of \$~10^4\$ S/cm. A capacitive touchscreen measures the change in capacitance or electric field.

1) Why do you need a conductive layer in a capacitance touchscreen in the first place, if you just measure the capacitance or electric field?

2b) What happens when the conductivity gets lower? 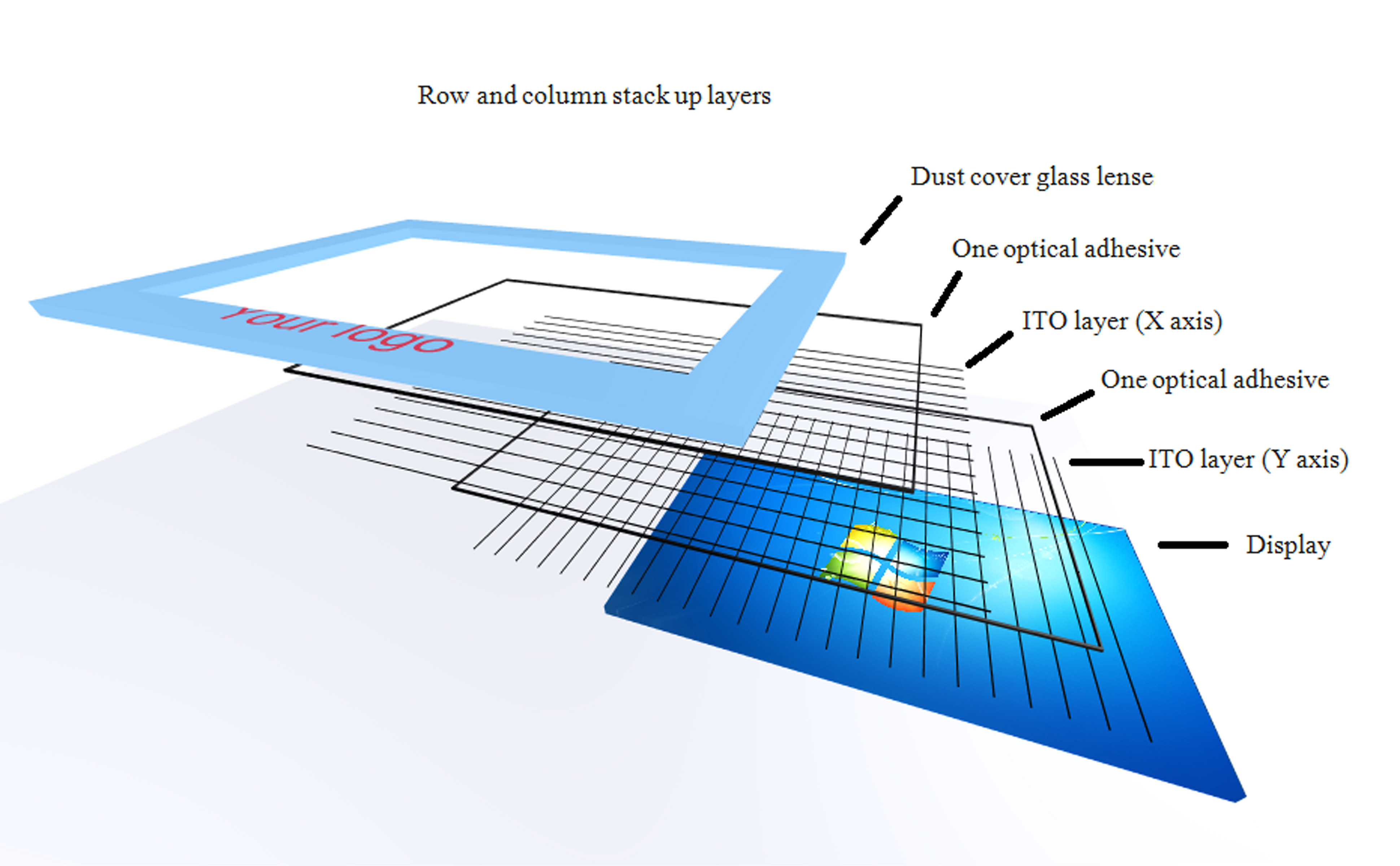 The picture is stolen from here and as you can see, the cap screen needs an XY matrix of conductors separated by a thin layer. If you start to reduce the conductivity of these conductors you will get to a point where the XY matrix becomes ineffective and it doesn't work.

How much you can lower the conductivity is something that is difficult to say. If the overall resistance of the XY conductors starts to approach the capacitive reactance decrease due to your finger on the screen then reliable operation is going to be affected. However, it seems that even with a few pF extra when the finger is placed on the screen, to not detect this reliably would mean a conductivity that is hundreds of times lower than 100 siemens per metre.

Not the answer you're looking for? Browse other questions tagged conductivity or ask your own question.

0
How would I go about converting a change in capacitance into a voltage?

0
Placing a button on a touch screen?
3
Why are the dimensions of a floating gate layer in a MOSFET so thick?
1
Why is “hole” conductivity called so, isn't that a case of electron movement?
1
Why don't we get electrocuted when touching a pot sitting on an induction cooker
1
Conductivity monitoring to detect integrity loss of glass coating of steel
1
Computing the electric potential generated by a current density across media with different conductivities
0
Water leak detection sensor and circuit
28
I've become an electrical conductor for my headphones… but how?
13
Why is current rating for multicore cable lower than single core with the same cross section?