However I calculated the 433 MHz half-wavelength in fresh water as round about 19mm, but when I compare several antennas of the same type with different pole length, the one that has a peak in the reflected power plot (SWR in dB) at 433 MHz has a pole length of 80mm and with shorter poles the peak moves to the HF-area (as expected). You can see one of the reflected power plots in dB below, the antenna was in the middle of a 4mx8mx2m fresh-water tank connected to a VA by a 4m thin coax cable. 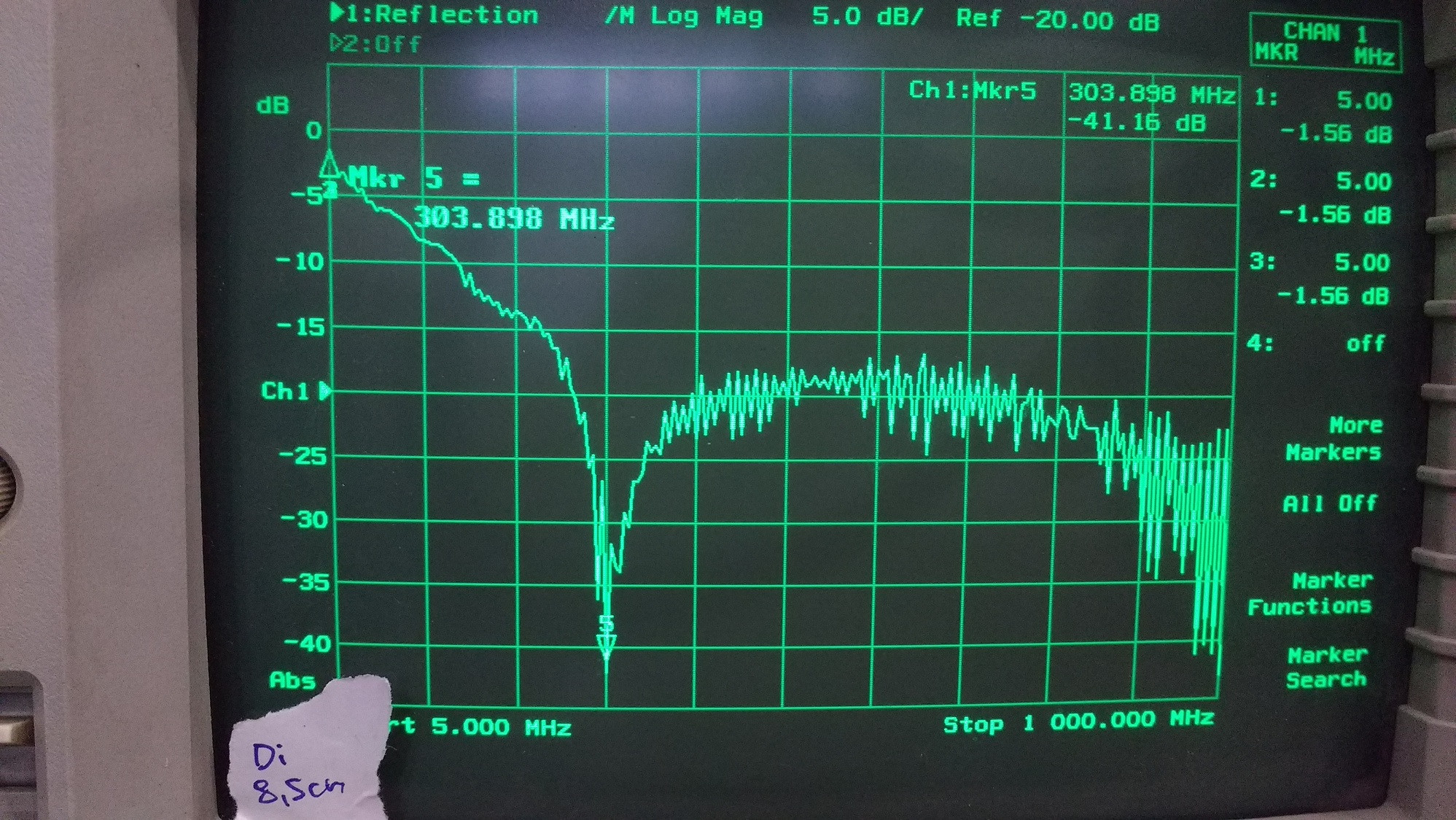 So I have now following questions...

Unfortunately, there are some problems with your ask.

First, that video doesn't detail the construction of a half-wave dipole, but a monopole with a 1/4 wave sleeve around the coax feed to decouple the line. Mounting them can be problematic since none of the conducting surfaces are at ground potential. In other words, you can't just bolt the bottom section to a mast with metal fasteners.

Just because you solder the other half to a piece of metal doesn't make it an effective second arm of the antenna (e.g. dipole). It's (1) aligned with the feed line and (2) completely surrounds it at equal potential. This won't radiate in the far-field. What this structure actually does is load the feed point of the antenna allowing it to look electrically longer or shorter than it physically is (see "antenna tuning" or "antenna matching") and presents a virtual ground impedance very close to the feed point making the precise location/orientation of a real solid ground plane less critical.

Second, transmission in fresh water doesn't work the way you've described because the water polarizes and therefore the attenuation factors are extremely high and your dielectric coefficient goes way off. Most transmissions of "underwater" antennas don't actually propagate through the water, but above the water (or at the air-water interface) by radiating off of the return path (outer conductor) of the cable... and this is a low-efficiency transmission obviously.

Or... because the air pathway is so much less attenuating, any energy is more likely to go "up-over-and-down" (or "down-over-and-up") rather than directly, even at short distances.

Here's a figure from my book that illustrates this with the relative attenuation factors: 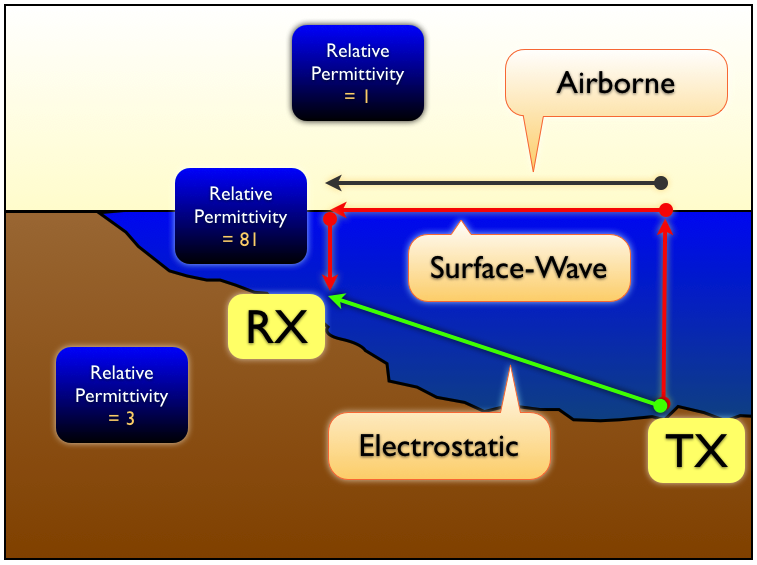 Not the answer you're looking for? Browse other questions tagged design antenna water underwater dipole or ask your own question.

2
How to adjust receive-only antenna?
2
Shortening the coax on UHF CB antenna caused SWR to get worse, why?
1
Dipole Antenna Current Distribution
2
Antenna design for radio energy emission into a fresh-water test tank
0
Transmission Line Model for Coax wire
1
Half-wave coiled antenna or quarter wave straight?
7
Why is "wavelength" used as a unit for the length of an antenna?
1
How to understand this dipole antenna's feed structure