Does crystal leads have to be same length?

I have always managed to keep the length of crystal resonator leads at the similar length. In the application I am working atm however, I noticed it would be suitable to place the crystal in a way, that one of the leads would be significantly shorter than the other. Since this connection is not a differential pair and the crystal can be treated just like an RLC model, I see no problem in that. But to be sure, I rather ask because I might miss something. So, does it matter either the leads are the same length or not? 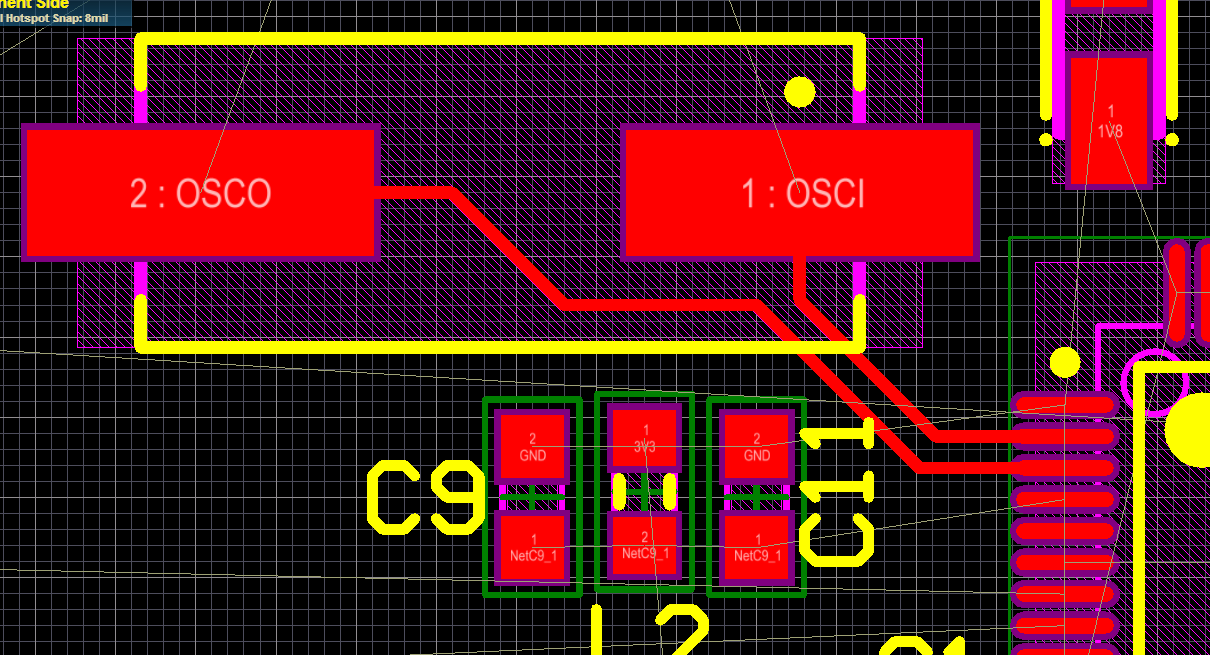 I would appreciate all help regarding this.

Note that in your particular example, it'd be easy to make the traces have the same length – just route them as differential pair up to the middle of your oscillator and split there.

Now, in general, trace length does matter, since it's the job of the oscillator to keep in a sustaining loop of oscillation through an amplifying circuitry that also does a defined phase shift (typically, 180°), and if your traces were wildly different, than that phase shift would become different and the oscillation unstable.

However, a couple of degrees phase imbalance won't matter here. As a rule of thumb, less than \$\frac1{10}\$ of a wavelength is OK – and wavelength is dictated by your oscillator's frequency, dividing the speed of wave propagation in your PCB (most probably, something like \$\frac23c_0\$).

Taking a 40 MHz oscillator as an example, that would lead to \$\lambda=5\,\text m\$, and your puny board probably is smaller than half a meter :)

What's really interesting, though, is whether your lines' lengths add significant capacitance to your oscillating circuitry, because that would reduce the frequency.

You don't want ridiculously long or different lengths, but your layout should be fine. What is the ASIC that the crystal connects to? Are there any external capacitors that should connect to the crystal?

I suspect "phase shift" or equal capacitive loading is a bit of a red herring anyway.

The two terminals of a typical crystal oscillator are not symmetrical; one is a low impedance output, the other is a high impedance input, from the perspective of the driving circuit.

Not the answer you're looking for? Browse other questions tagged oscillator crystal length-matching or ask your own question.