I have been successfully hooking up load cells (e.g., TAS606, red = E+, green = O+, black = E-, and white = O-) and load sensors (with help from a load cell contaminator ) to load cell amplifer (e.g., HX711). essentially the input should have at least four pins as shown below: 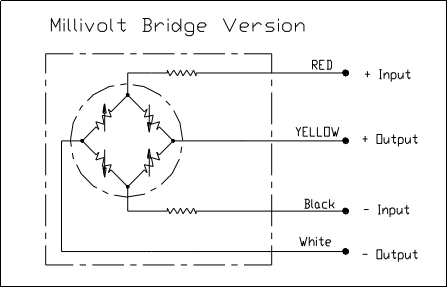 Now i have received a TE Connectivity Voltage Compression Load Cell Maximum of 22.67 kg, 5V dc where there are only three output pins as shown in the figure below: 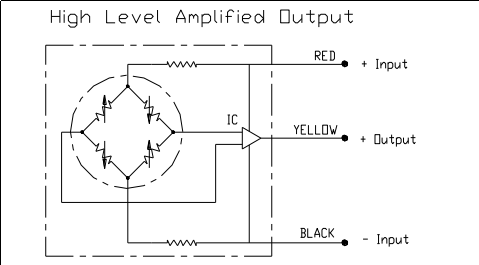 How should i hook up this load cell with a load cell amplifer like HX711? Thanks.

You don't need additional amplification for that load cell. Hooking it up is pretty obvious. The output goes to an analog input. Input+/- go to 3.3-5V and GND. There are several key specs in the datasheet you'll need. 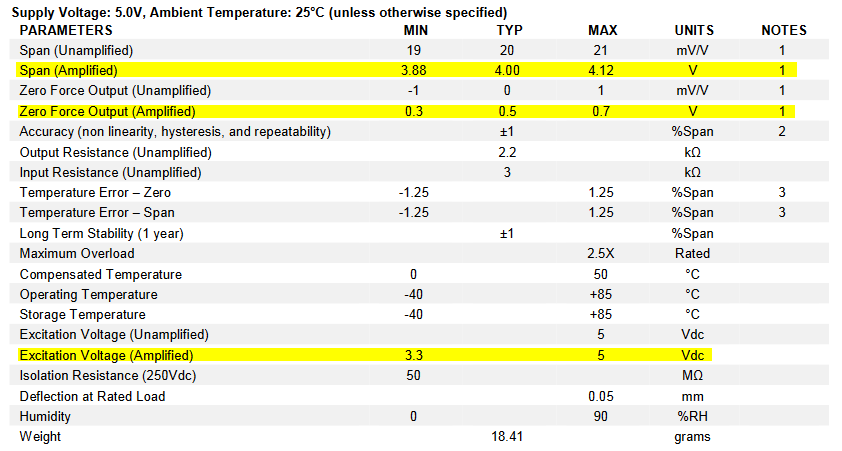 The zero force output means exactly what it says. The span is your full scale output, so the output of this load cell will go from 0.5V-4.5V.

The a load cell needs to have the signal amplified since it is a wheatstone bridge, which varies the resistance due to load on the cell. 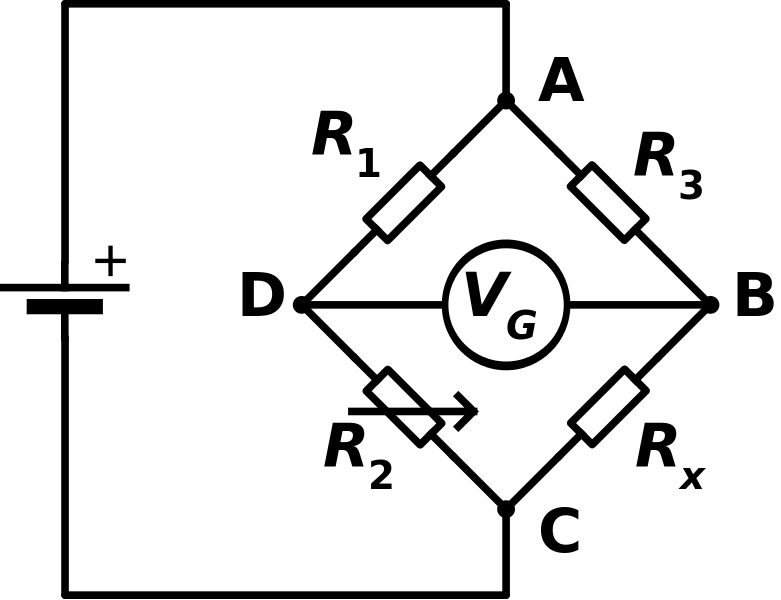 The problem is there will be two gains in "series" if the high level amplified output version of the bridge is connected to the HX711. The other problem is the HX711 range is centered around AVDD/2 ±80mV on channel B. So you could hook up the \$ IN_{B+} \$ input on the HX711 to +Output on the "High Level Amplified Output" but the \$-IN_{B-}) \$ will need to be at AVDD/2, which could be accomplished by using a resistor divider. The problem is your dynamic range might be a problem, if the gain of the load cell is too high, then you will have a very small range that you will be able to sense.

The gains will be multiplied together. So lets say if the amplified bridge has a gain of 32 and the HX711 has a gain of 32 (on the B channel, the A channel is even higher at 64 or 128), then the total gain will be 1024 which will probably be too high for the intended application.

If that won't work then just find a different ADC for the arudino Or use the other bridge (in which you would hook up +input to AVDD, -Input to GND, Output+ to A+ and Output- to A- (or you could use B respectively) .

Not the answer you're looking for? Browse other questions tagged arduino load-cell wheatstone-bridge or ask your own question.