How to halve the pulse coming from a three wire speed sensor (on a remote control car)?

I have an electric remote control car which has an electronic speed limit of 40km/h. After putting new wheels (which are around half the circumference) onto it, the effective speed limit is now 20km/h.

How can the pulse from the three wire speed sensor be changed so that the real speed limit is 40km/h with the smaller circumference tires?

Update: From Russell's answer is seems that a 4013 Dual D Flip Flop CMOS IC will be able to do the job?

From looking at the spec sheet for HEF4013B (which I believe is the same product as linked above?), would the following diagram be correct? Lastly, are the two connectors standard connectors which can be purchased, and if so what terms should I search for?

Note that by limiting speed to 40 kph with half diameter wheels you are achieving twice the motor RPM as previously. This may be acceptable or a problem depending on the application.

If the digital speed signal is of sufficient magnitude (which it probably is) you can probably add a divide by two "flip flop" to produce one output pulse for every two in. I say "probably" as it is possible but not overly likely that the following circuitry needs a series of short pulses rather than a half frequency square wave. This too can be accomplished if necessary.
Two flipflop toggle' divide by 2 arrangements are shown below.

Removal of every 2nd pulse can be achieved by eg having a flipflop toggle circuit as shown below and passing the signal through an eg AND gate with the gate enabled when a FF output is high and disabled when it is low. This has the advantage of preserving the pulse width of the signal.

In both cases Vout is a square wave which changes either from low to high or high to low on active transition of the clock signal. (I will not detail what that means specifically at this stage - clocks can be arranged to be +ve edge or -ve edge triggered or in some cases level triggered.) 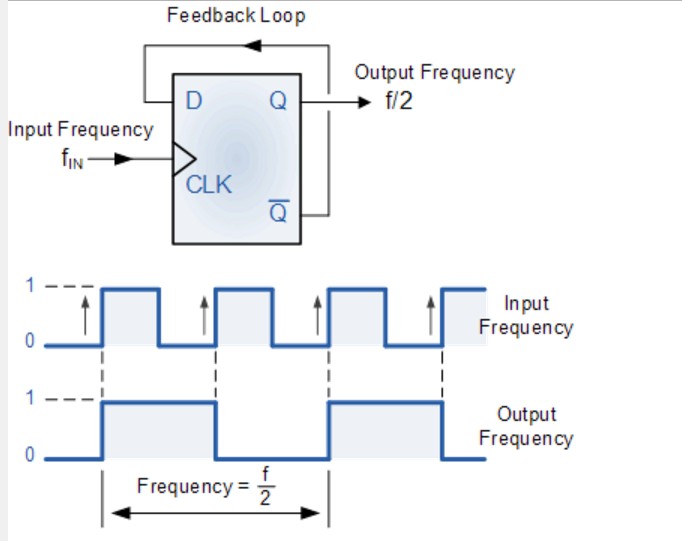 The above diagram is from this webpage which also provides a good introductory tutorial into digital divide by N circuits and covers use of both D and JK fipflops.
Also covered here - same organisation. 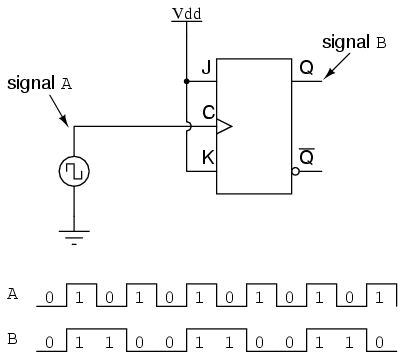 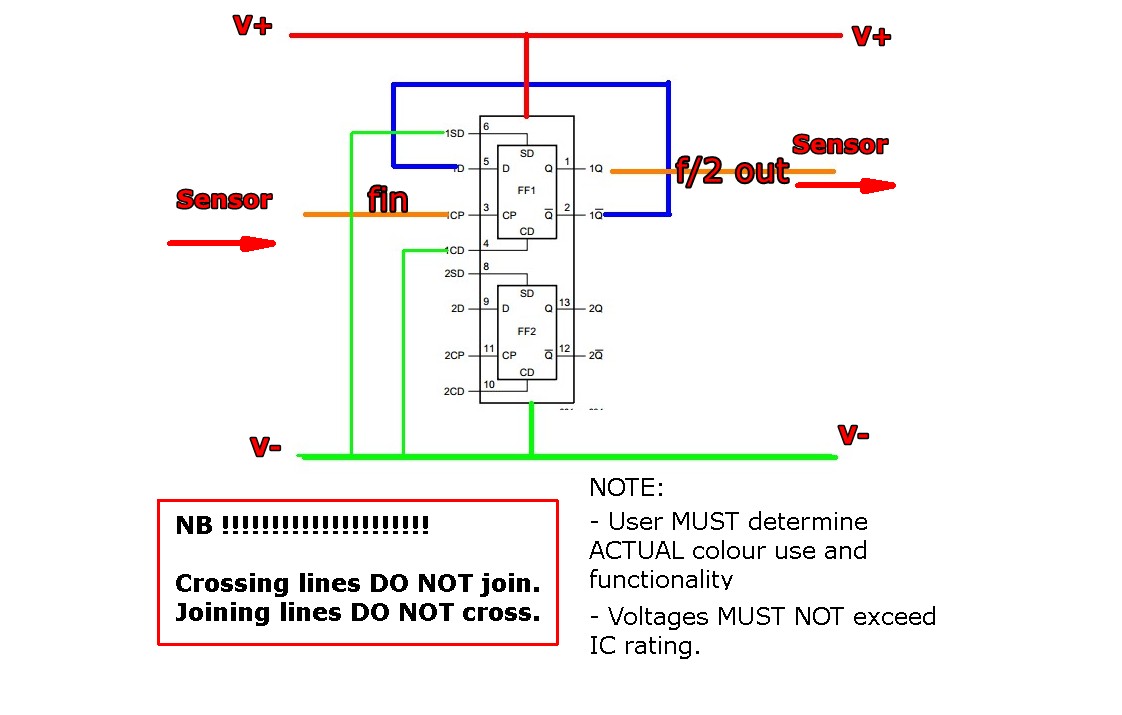 If you're talking about a brushless ESC, then you'll have 8 wires coming out of it in total: 3 thick ones that go to the motor, 2 thick ones connected directly to the battery (or a switch), and then 3 thin ones, generally red, black, and yellow.

If this is what you see, then there's no speed sensor, which makes everything relatively simple, as you could use an arduino or the like and read the incoming "servo" signal and essentially double it, and then send it to the ESC.Brushless esc If what you have is different, then unless you give pictures or more thorough descriptions, then I can't really do much. Note that doing this won't help if your motor is already at it's maximum rpm, and the only way to go faster would be to put larger diameter wheels or change out the motor and put one with a higher max rpm. It's quite possible that your car is physically limited to 40kmh rather than electronically.

Not the answer you're looking for? Browse other questions tagged sensor speed motor-controller or ask your own question.

0
How to test the voltage of a speed sensor and identify the +ve, ground and signal wires using a DMM?

3
How to convert a three wire hall effect sensor to a 2 wire sensor?
1
Reading car speed sensor (SDV)
3
How does this circuit control motor speed?
0
How to measure RPM from vehicle tires? Wheel Speed Sensor
3
What is the main reason for using speed feedback in a motor positioning control system?
1
Can't get low pulse from particulate sensor Shinyei PPD42
0
74AS TTL to CMOS pull up resistor and maximum speed (or lowest delay)
1
How does a hall effect wheel speed sensor work?