First I'd like to excuse myself for my English, especially when talking about electronics, because I don't always know the correct translations.

I plan to use this Deal Extreme portable 12 volt battery

to power my 3"5 HDD when I'm travelling. 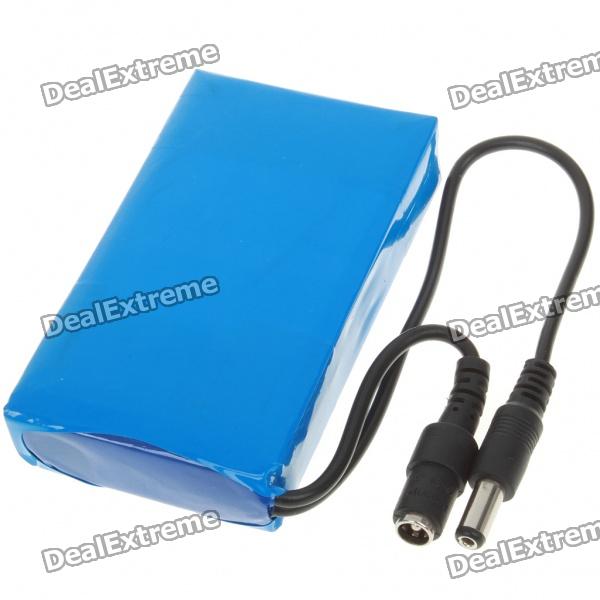 However, to power a 3"5 HDD, I need 12v AND 5v at the same time. How could I achieve that ? Is the only choice using two different batteries, or would even that be a total fail, due to the mains not being the same ?

Thanks, and sorry for the mistakes

Power supplies which provide multiple output voltgaes from a single input voltage are commonly available. (For example, consider a PC power supply which makes a wide range of positive and negative voltages for a single main input, or portable versions of these, which typically use a single 12V input).

You could "easily enough" make or buy a power supply to provide 5V while also using the 12V directly.

There are portable HDDs available at reasonable cost which operate from USB and which are powered via the USB 5V supply using the USB cable. This arrangement would usually be easier and more "workable" than what you are trying to do.

What you are trying to do can certainly be achieved BUT there are a few more "fish hooks" than my be apparent.

Based on the photo below from here , the battery contains 3 x LiIon (Lithium Ion) cells connected in series (as would be expected from the stated voltage. 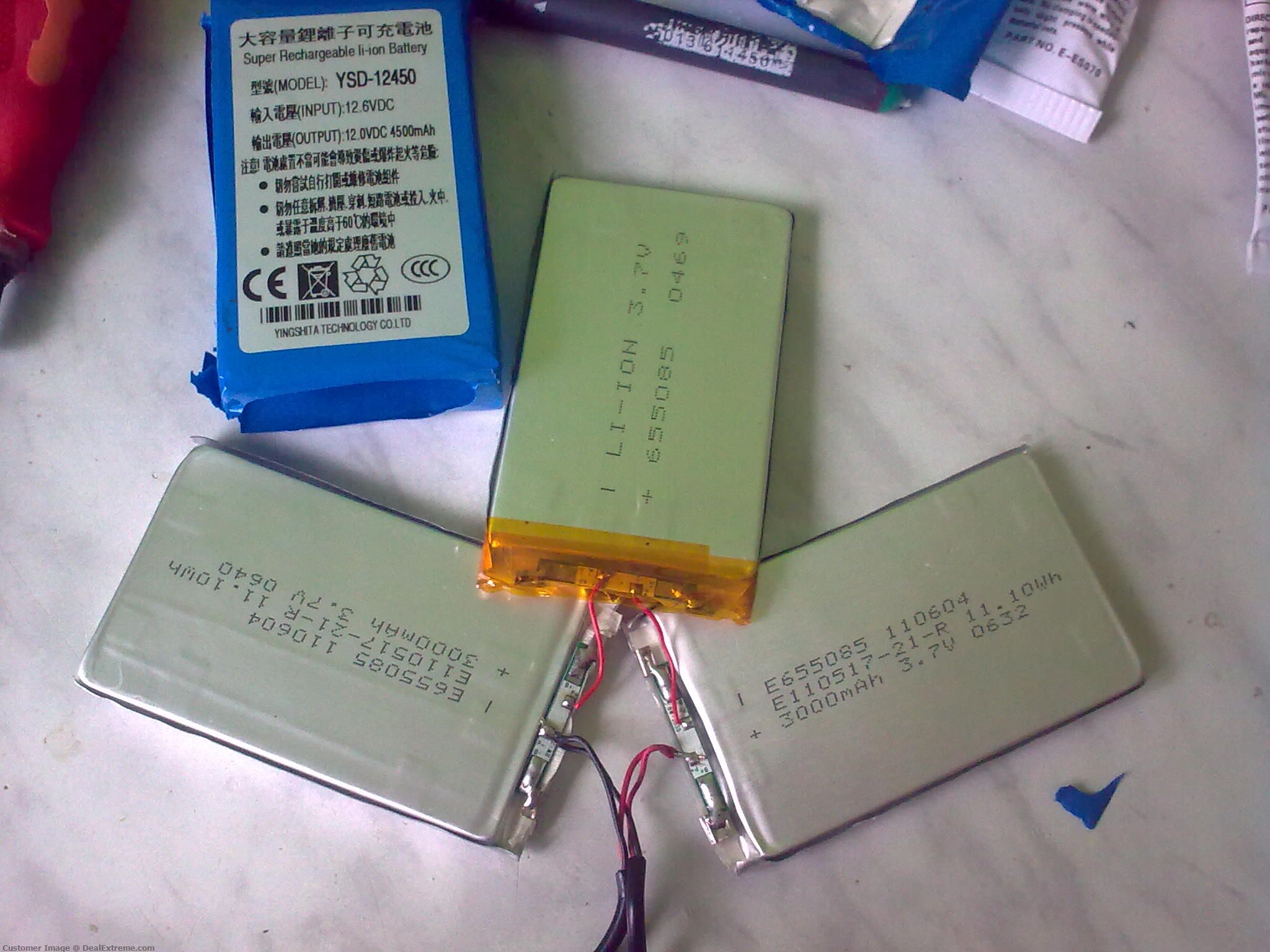 A user's Mini review which can be seen here says that currents above 2.5A caused the battery to "sometimes cut off output". A 3000 mAh LiIon cell is typically rated at 3000 mA max discharge, and the battery protection circuits

There are a number of other useful reviews and I recommend that you read them to see what else may be relevant.

This user says the voltage drops from 12V to 10V on a 2.5A load suggesting an internal impedance of about 1 ohm OR that a current limiter is at work.

This review says that the power adapter provides a constant 12.6V open circuit - which is correct for a 3 cell LiIon batter pack) BUT 325 mA constant current when loaded to below 12.6V. This is the rate at which the pack would be charged and would take about 7 or 8 hours to charge the pack to 80% capacity from fully discharged and probably 20+hours to fully charge the battery.

The small PCBs at the end of each battery is probably and hipefully a protection circuit.

Note that the cells are each rated at 3000 mAh. If thecells in your battery are about the same capacity as the cells in this battery then there is "summat aglae" and Deal Extreme are being very naughty in their description of the pack as a 4500 mAh battery.

Not the answer you're looking for? Browse other questions tagged transformer 12v sata 5v or ask your own question.