Help with fixing LED night light that won't turn off

My daughter has a LED night light using inductive charging. After dropping it on the floor, it is no longer possible to turn it off. I'm struggling a bit both with understanding the basic function as well as how to fix it.

Thing is, that after the accident charging works, and when taking it off the charging base it turns on as it should, but it is not possible to turn it off using the power switch.

Naturally I tore it open, unsurprisingly finding a coil, a rechargable Li-ion battery, a power switch and a circuit board. One of the cables to the power switch was severed. To be honest I'm not even completely sure where it's supposed to be connected, but it looks like it's been connected just next to the other end, through holes in the board and soldered on the above side. Before starting any soldering I've tried to just manually hold the cable to the connector where I assume it should go, but with no luck - the LED still turns on but cannot be turned off using the switch.

So, first of all, how does this work? How can a closed switch turn OFF a LED, and an open switch (or severed cable :)) keep it ON? I know way too little about LED's, obviously.

Second, is it possible for someone with more knowledge to tell me how I should fix this, from the attached photos? 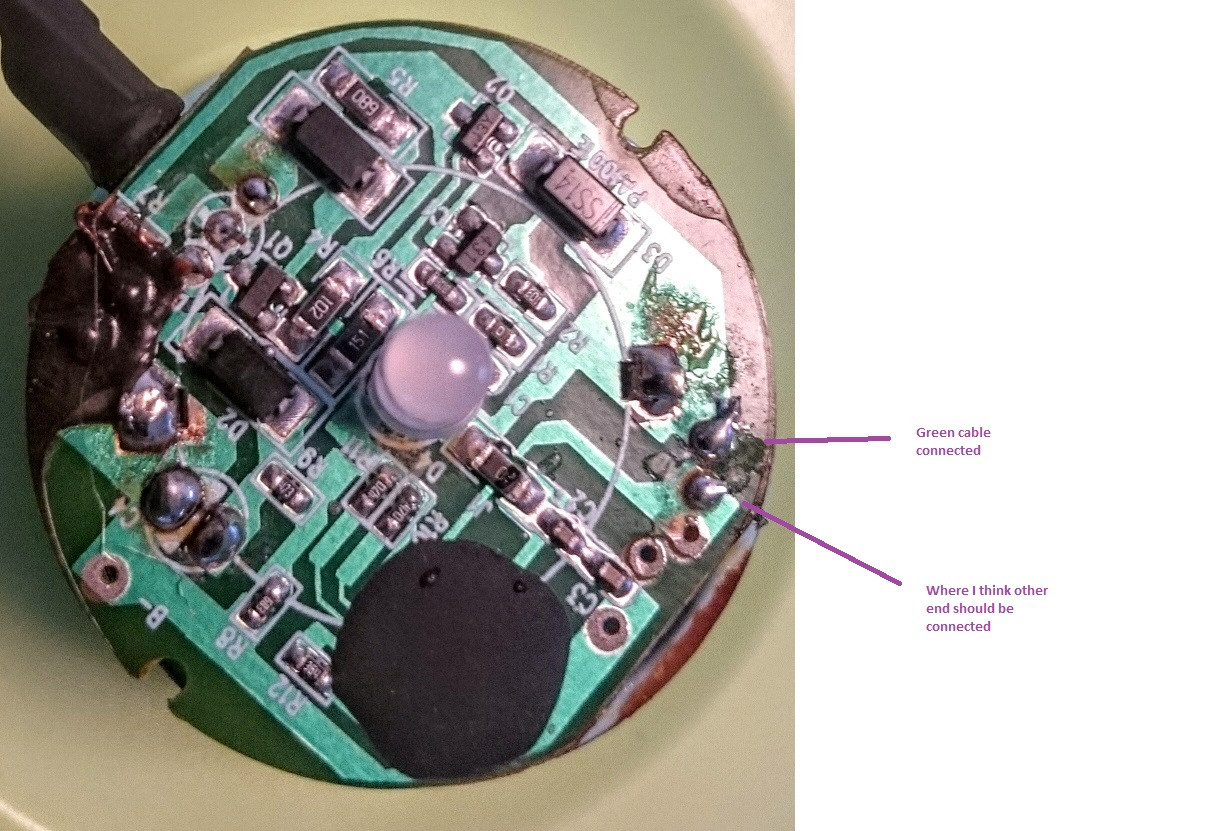 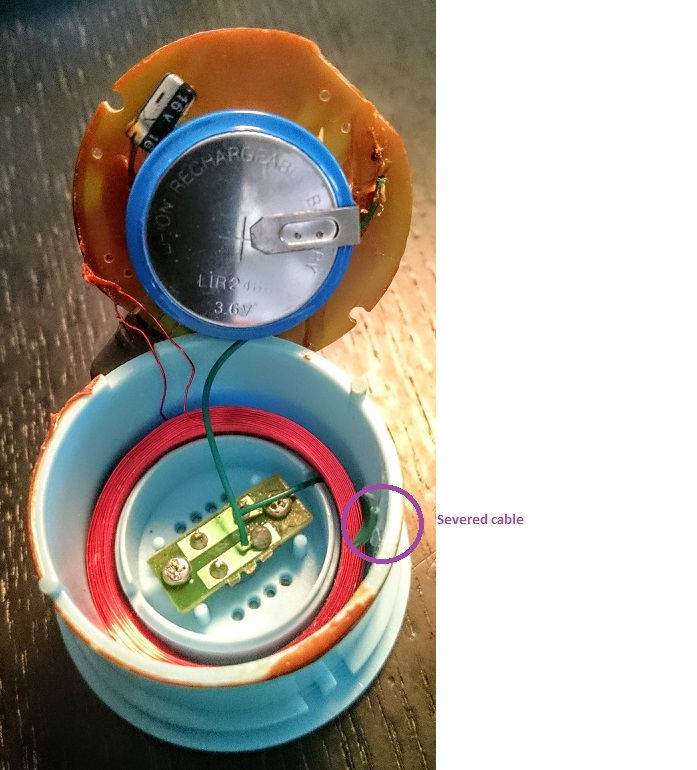 Correct me if I am wrong but it seems from the picture that the impact with the ground only created one fault: one O/C (open circuit) that you labelled: severed cable.

It seems like the simplest solution may be the best here: strip, tin, re-solder (and maybe heatshrink) the broken wire to the correctly identified terminal of the PCB.

The switch's state whether open or closed does NOT always have to correspond with the LED's state or any circuit being open or closed. Depending on the designer, they can make the switch do anything they want it to do, even make it so when the switch allows continuity, it turns a LED off and vice versa. Here's an example. 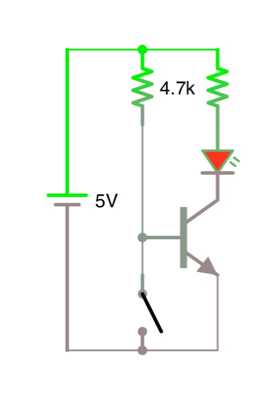 Here the circuit is configured so the LED will be on when the switch is open. This is because the transistor's base is not being pulled down, allowing base current to flow. 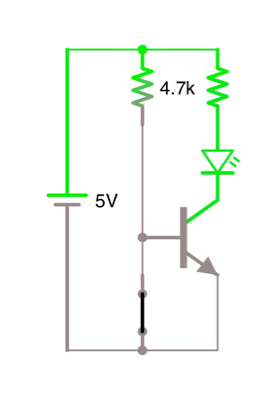 Now the switch is closed. This means the switch pulls the transistor's base low and current won't flow through the base. Thus the LED is off.

Now this may not be the exact circuit (and it's even harder to tell how anything works because of that black blob on the circuit board there) but you get the point.

So just carefully solder the served wire back to where it belongs to.

Not the answer you're looking for? Browse other questions tagged led diy inductive or ask your own question.