I have procured some supercaps. No datasheet was provided. The only data I have is what is printed on the caps themselves: "4.0F 5.5V cda®"

Since my DMMs don't measure capacitance in Farads, I setup the following circuit shown below. Two "10Ω 1% 2W" (20.2Ω and 20.3Ω measured) caps in series with the cap.

Note that I did not actually use a switch, I simply connected a banana plug. I did that to avoid extra variables (switch resistance and power rating, as well as power supply startup time).

That being said, with a large expected time period of 80+ seconds, I figured that using a stopwatch and monitoring my DMM would suffice.

The cap went from 0V to 3.16V in approximately 38 seconds, at which point I removed the cap from the circuit.

About a minute after being removed from the circuit, the voltage on the cap had stabilized at about 1.28V. Should I be using this value instead? That would suggest 6.43F, so I'm guessing "No".

I then tried the same test with another cap of the same specs... same result.

However, by leaving the cap to discharge for 55 seconds showed 1.1V, suggesting a capacity of 1.82F. That's odd to me because it means that it's not following the predicted curve. And that would mean that I will end up calculating a different capacity depending on the time I record at. But that shouldn't be.

The following image is from hyperphysics.phy-astr.gsu.edu: 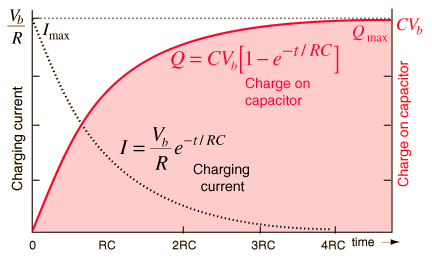 I'm wondering what margin of error I should expect from a test like this. Assuming my multimeter is calibrated beyond practically needed, and that recorded times are valid, is it possible that the capacitance is closer to 4F?

"Simple" Solution to get close to Maxwell 6 step method.

simulate this circuit – Schematic created using CircuitLab Simulation of above with estimated values, not actual to show lag effects.

Activation of the absorption layer is a key pre-requisite to this test.

Somewhat like batteries which have a useful range from Vi to Vf, "Double-layer Effect" Supercaps must be charged near full Voltage for a sustained time and full energy stored is obtained by this process. It is not a 100% efficient process, but unlike batteries can be repeated a million cycles within the C/10 current range.

Therefore to get maximum useful energy storage time ought to be in a similar manner as batteries from full to 50% initial voltage. Otherwise the C value is effectively reduced. 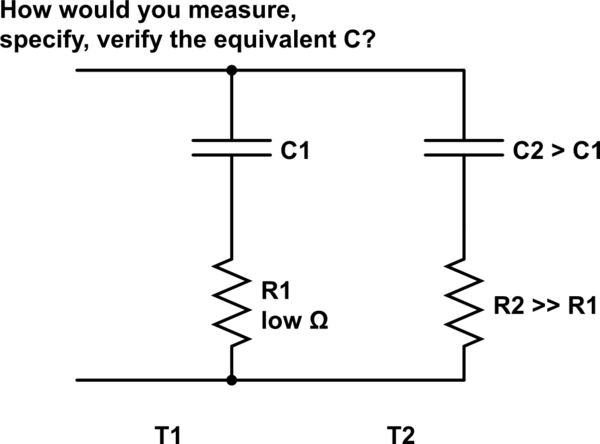 This is a suggestive approach to problem solving not a complete answer.

The correct method is to use the same method used in the datasheet with guaranteed values.

C2 is often called Dielectric Absorption or the "Double-layer Capacitor". 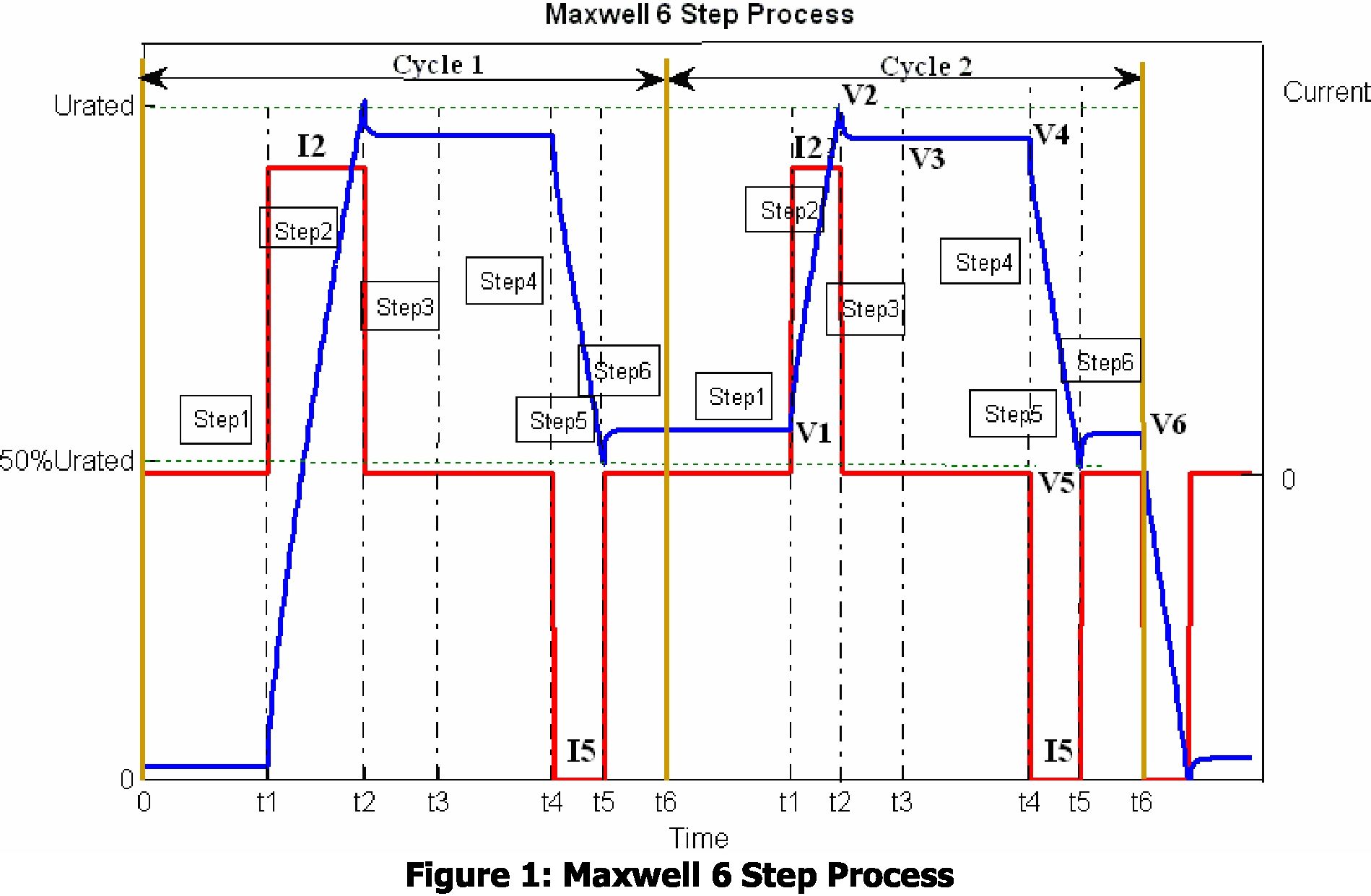 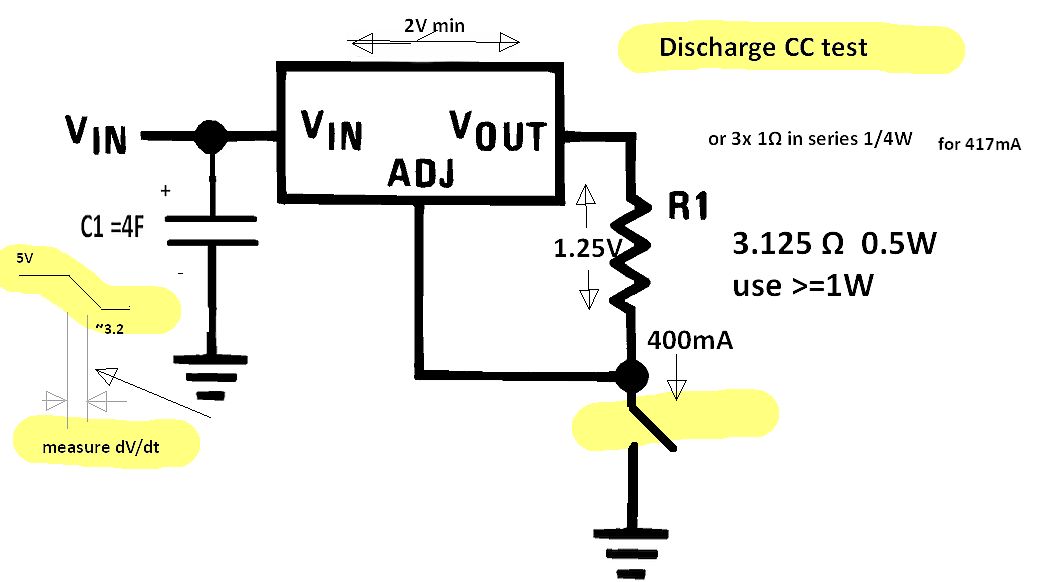 Your approach would be valid for ideal components, but I think you are not getting expected results because of parasitics, such as ESR of the super cap, and internal resistance of the power supply. When you ran the test, did you happen to measure the actual voltage at R1 on the supply side? E.g. if you used long leads from the supply to the circuit, there may have been some voltage drop that resulted in voltage less than 5V, which would affect the charge curve.

Another factor is the dielectric absorption of the cap, which you observed seeing the voltage of the cap drop after being removed from the circuit for some time. That's going to throw off your results too.

To get more accurate measurements that are not as affected by these non-ideal factors, try using lower charge current (i.e. higher series resistance).

Not the answer you're looking for? Browse other questions tagged measurement capacitance supercapacitor ratings or ask your own question.