How do CMOS switches behave when Vdd is grounded? What are the alternatives if they behave undesirably?

Say, I have a SPST CMOS switch, does it break the connection between two terminals when the power is out (Meaning Vdd=Vcontrol=0)? Or does it ground one terminal?

If it doesn't completely break the connection, what can I use as a switch that does?

I'm switching between AC signals (line audio) and I'm converging output of two switches (only one which is ON at a time) at a common output. I need to make sure one switch is ON when power is off, so I'm using a JFET switch for that one.

This question is for the other switch. I would rather not use enhancement MOS. Since it will either require a relay-like configuration which is undesirable (I can't afford LED current) or a diode in series with MOSFET. Because otherwise it would ground the output half of the cycle when it's off. Also note that if I end up using a series diode, it'll require biasing a corresponding signal so that the diode won't rectify it when the MOSFET's turned ON. I can't do a basic pull-up because I don't want to attenuate my signal. So I'll pretty much have to use an OPAMP.

How do CMOS switches behave when Vdd is grounded?

I need solid state SPST switch that breaks the connection completely (NOT grounding terminals) when power rail is grounded and it should be able to work with AC signals.

Edit-Edit: Updated images with much higher quality ones. This is a working schematic but it has problems such as DC biasing and headroom in a battery powered application. Vgs threshold needs to be very low in a real application since I won't have access to high voltages present below. 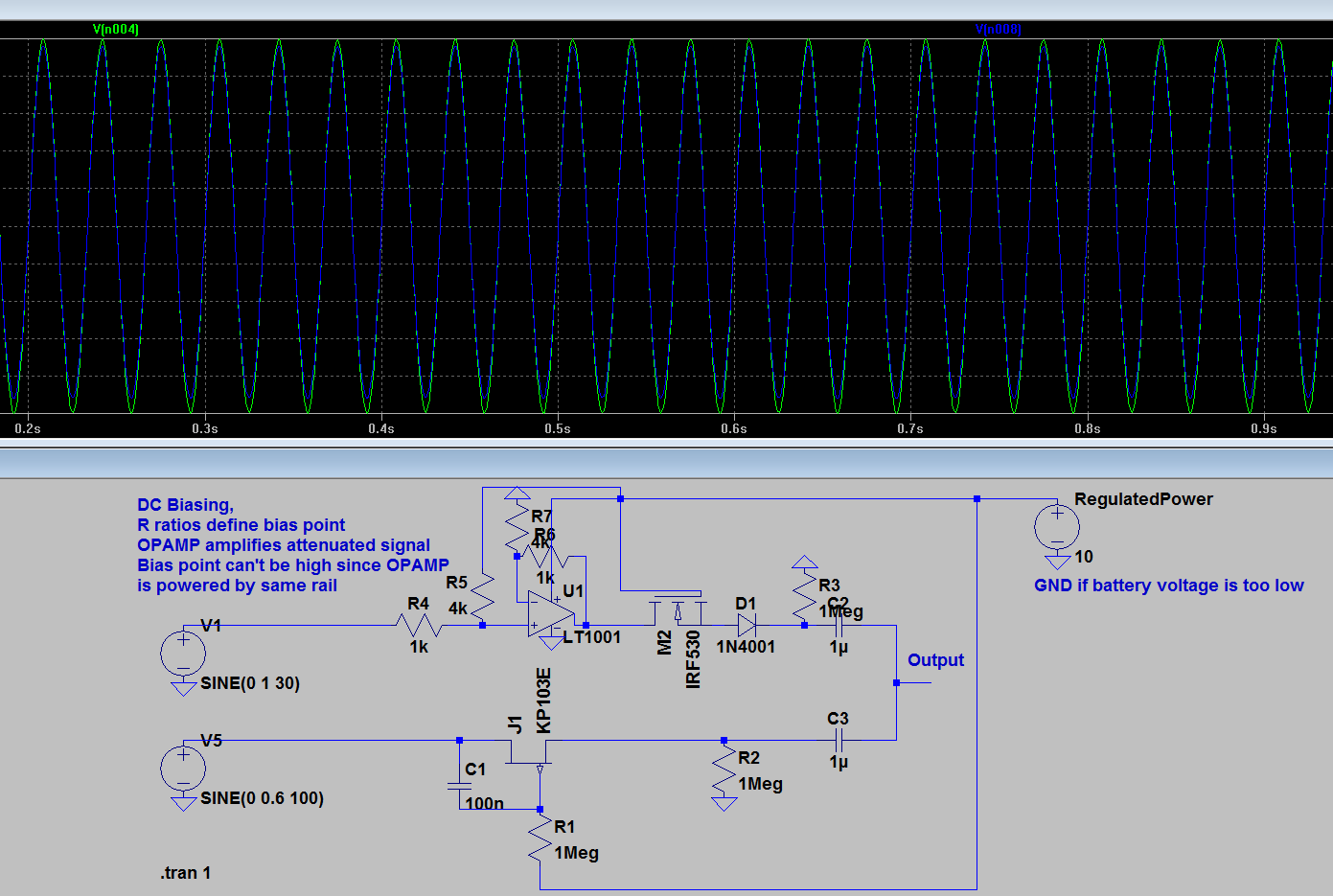 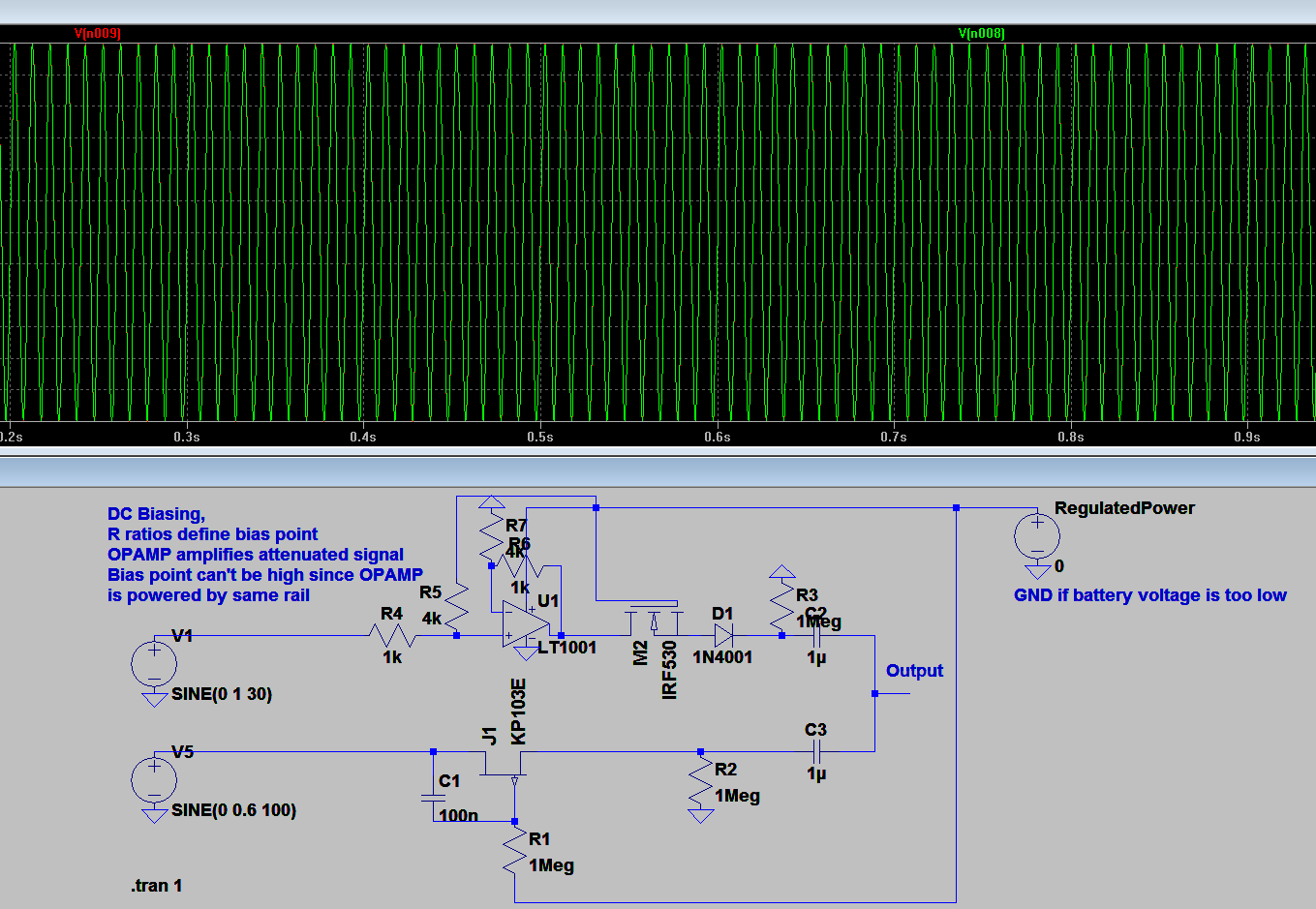 They are very small but a bit pricey. You can get ones with 1 ohm on resistance and 1 pF off-capacitance making them quite good for audio switching. They even make versions of the device that are changeover thus featuring a normally closed contact but I think they are 15 ohm on resistance.

Consider using a MOSFET output SSR that has both normally open and normally closed outputs. It may be described as a 'form C' or 'form A' + 'form B'.

The normally-closed function is achieved by using a depletion-mode MOSFET so no power is required in that state. A wide variety of such devices are available from less than 0.5 ohm Rds(on) up to tens of ohms or more (the higher resistance devices tend to be rated for hundreds of volts, probably overkill for audio line level).

There are also a few conventional analog switches which have isolation when Vdd/Vdd = 0 (for example the TS3A5017) , but in the general case the input protection diodes will usually cause issues. You would still need to use a depletion mode device such as a JFET together with such a device, of course.

Not the answer you're looking for? Browse other questions tagged mosfet switches cmos or ask your own question.

0
Switch and Pushbutton Combo
1
Build Single pole changeover switch from 4066 Single pole, single throw
1
How does this voltage detector IC work in a circuit? What does open drain vs. CMOS output mean?
0
How do you construct a dual-input switch using transistors?
0
Monostable multivibrator problem
0
Wiring of body terminal in a network of MOSFET switches
1
What is the effect on propagation delay when we have a CMOS circuit with multiple transistors connected in series?
2
Read 12V input with Arduino/Teensy via PC817 (Optocoupler)