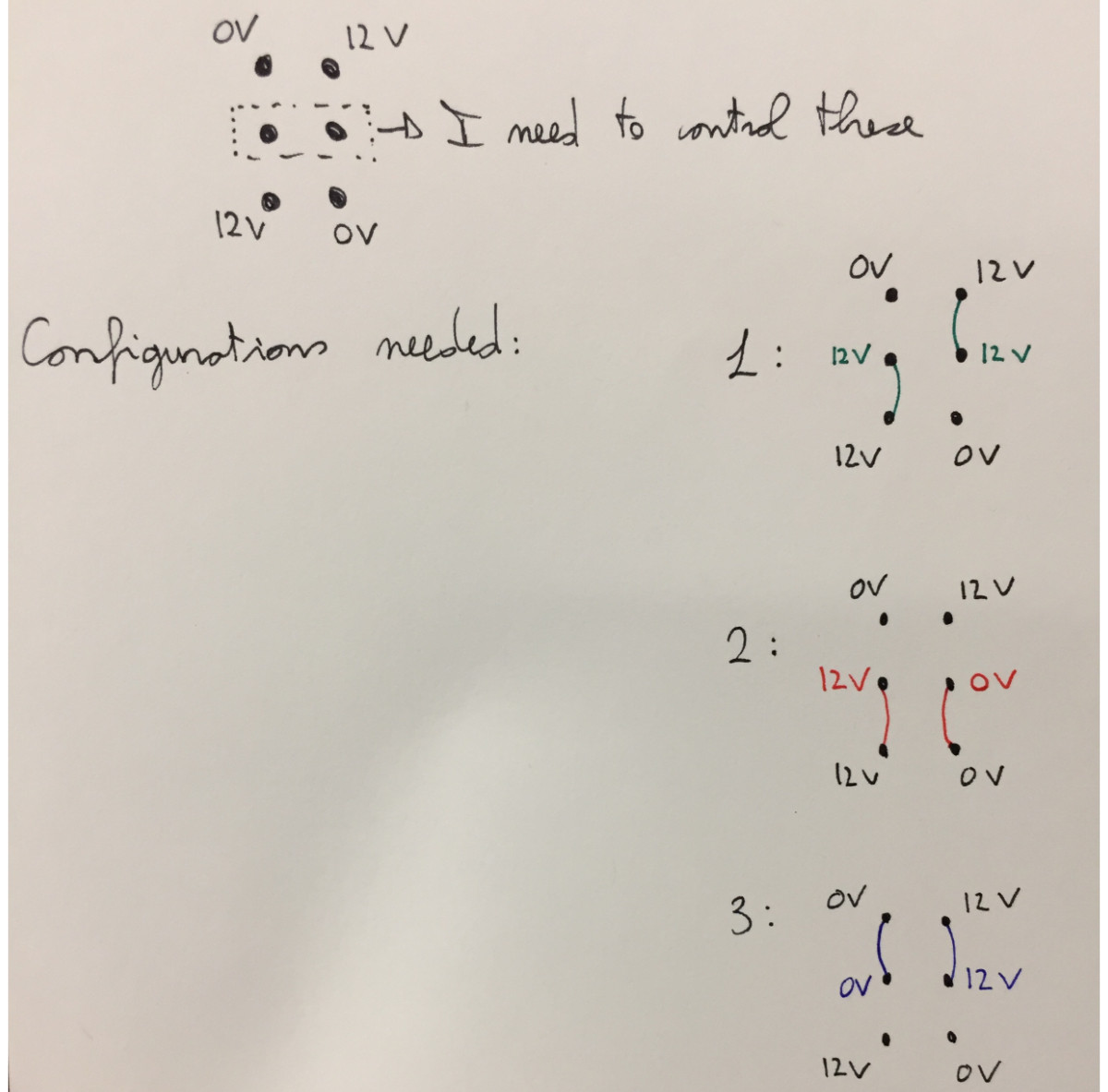 The terminals at the top and at the bottom of the switch are set to either 0V or 12V as in the figure (voltages written in black). The position of the switch forms the colored junctions that set the voltages in the central terminals.

I would like to use an Arduino to control the voltages of the central terminals in a way analogous to the switch. I was planning on doing this by using relays, but I'm unsure how to do the wiring and if I need a 4-channel relay of if a 2-channel relay is sufficient. Do you have suggestions? Thank you.

Yes, that 2-relay module should work for you. Keep in mind that one or both coils may be energized for long periods so it's not very efficient, but it should function fine. Ultimately you would want a set of MOSFETS in an H-bridge arrangement, but using relays saves you the trouble of dealing with shoot-through, and is much easier to wire.

Not the answer you're looking for? Browse other questions tagged relay dpdt or ask your own question.

1
Vacuum relay vs silicon
2
Problem using Relays at 220V with 595
0
How to share a VCC and a GND across to multiple relays
1
Creating DPDT Solid State Relay with FETs
0
Connecting multiple input devices to 8 channel relay board
2
Should a freewheeling (flyback) diode be used on the coil of a 2-coil latching relay?
1
Switching left/right audio with a DPDT relay
1
Regulating power on a Peltier module
0
Voltage control relays, Should I use separate power supply circuits?