Is balancing the only mechanism that regulates the phase currents in a three phase system?

Here is a basic illustration of a distribution system: 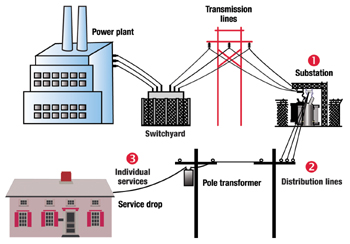 In a 3-phase AC system, phases cancel each other out, leaving only a small imbalance current and this is fed to earth at the substation. That is why when we touch neutral it is safe. I can understand up to this point.

Below is a transformer at a 3-phase system: 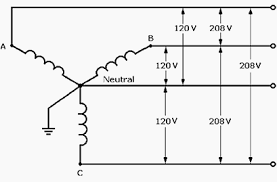 Imagine some engineers set the electricity distribution such that it is balanced perfectly. Which means all the phases passes the same amount of current and no current flows from the balanced point to the earth.

But lets say one of the phases started to draw more current than the others, would the system now automatically balance itself by letting currents flowing from the balanced point? This is what I learned if I'm not wrong.

Is there an extra system which limits the current ratios?

I'm wondering whether there is an extra system to keep the three phase currents similar besides earthing the balanced point at the substation.

Your question misses the point.

Balance, when feeding multiple single phase loads, is purely statistical. If you power enough houses, then you will find that the current flow in neutral is noisy, generally small with the occasional peak.

Balance, when driving 3 phase loads, is part of the specification of the load. 3 phase motors and heaters will usually have a spec for what balance they are intended to achieve.

The connection of neutral to local ground is a different issue. If the whole system was connected to ground at a single point, say at the source, then of course there would be no current flow through that tie conductor, and no voltage difference between those points. However, the neutral conductor arriving at a distant point would have a voltage drop across it due to the current flowing, and a potential maybe a few volts from ground.

If there is a further local tie point, then that potential of a few volts will drive a current through that tie point. What is happening now is that the neutral current is being shared between the neutral conductor, and the ground, between source and load.

Generally, injecting significant currents into ground is deemed to be a BAD THING, and the many regulations around how to load 3 phase systems, how to size neutral conductors, when and where you can and can't tie neutral to local ground, are in pursuit of minimising ground currents.

There are two types of loads:

Large consumers, like businesses and factories, are mostly 3-phase loads, which are balanced. No neutral current.

Your design engineers design the system so the system is balanced, but the actual usage depends on independent consumers, so classically from Current Balancing ...:

a professional workman measures the current of neutral conductor in the substation and main branches of network, and tries to balance the current by exchanging the branches from one phase to another.

As you can tell from the research paper referenced, there is always some current on the neutral wire at sub-stations.

Not the answer you're looking for? Browse other questions tagged three-phase power-engineering or ask your own question.

2
What causes unequal phase-to-neutral voltages in three-phase distribution systems?
36
How do transposition towers in transmission lines work?
10
How is transition from three-phase distribution without neutral to three-phase consumption with neutral achieved?
0
Twin wire neutral
2
What hypothesis are needed to support the following argument on a three phase system?
0
A basic question about load balancing and power factor correction in three-phase systems
0
How are the individual homes connected in a 3 phase power distribution system (power grid) so that they have correct voltage?
1
How is Line and Phase Voltage the same for a Delta connected system?
0
Role of the neutral conductor in three phase systems