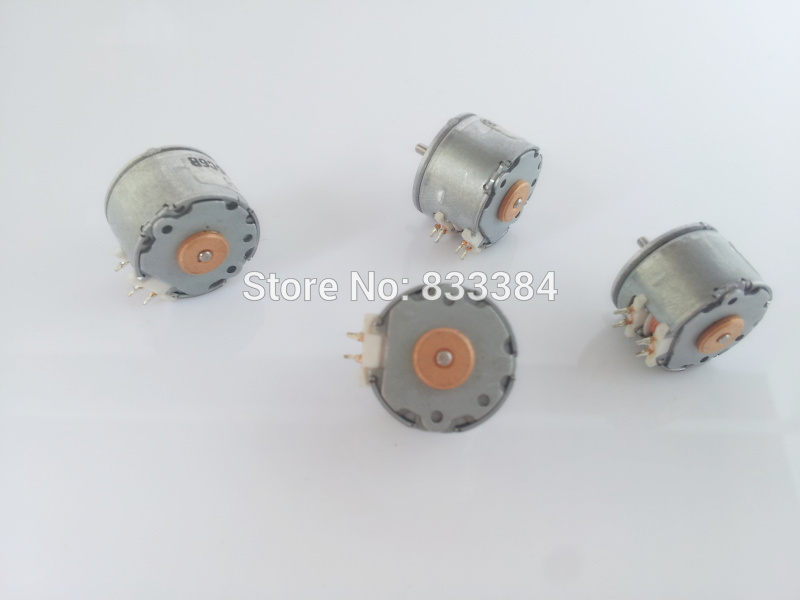 Could the shaft somehow be shifted to the back to make double output? Will the torque and other ratings be affected as a result?

Motors are carefully engineered devices. Modifying one is costly, error prone, and most likely violates the specs.

Get a motor that has the shaft protruding at both ends. That's a somewhat unusual requirement, so may be difficult to find. Look around on various distributor web sites to see who makes roughly the kinds of small motors you are looking for, then look on the manufacturer web sites to see if any of them make what you want.

You should also step back and see if you can fix this problem at a higher level without requiring a weird part at the low level. Even if you find the right motor, you'll be stuck later when that one part goes obsolete. Designing with mainstream parts has the advantage of being able to find replacements without too much re-engineering when some of the components become unavailable later.

Stepper motors, or rather motors in general, may be manufactured to have a shaft that extends out both ends of the unit. The greater majority of units sold though will have the shaft extending out one end only. The reason of this is simple - applicability to the needs of the end application.

Ability to modify an existing motor to push the shaft out from one end to cause it to extend out both ends may be possible in some instances but it depends entirely on the construction and design of a particular motor. So there is not a specific answer to your question other than to purchase a unit you are interested in and try taking it apart and seeing what may be possible. In lieu of that you need to put on your shopping hat and start looking at manufacturer web sites and find a motor that has dual extended shaft ends that would meet your needs.

Not the answer you're looking for? Browse other questions tagged motor dc-motor stepper-motor or ask your own question.

2
With the case of stepper motors, what correlates to the max RPM of the individual unit?
3
Backdriven stepper motor “powering” rest of the board
0
Driving stepper motors with A4988. Problems with current and torque
1
Stepper motor phases and torque output from shaft
1
Control of motor engagement with shaft
1
Trying to decipher the hole or shaft sizes in a stepper motor diagram
0
No protection if a powered stepper is turned manually?
0
Stepper motor shaft vibrating and vibrates the load