How do you identify Pin 1 based off these pictures? [closed] 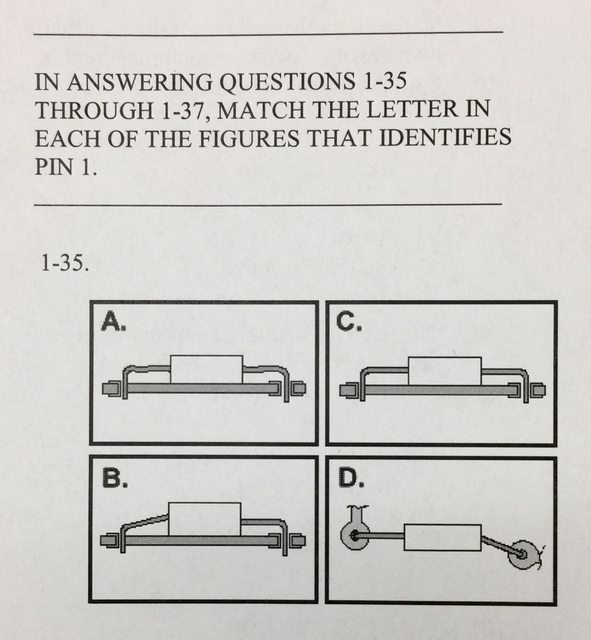 This is a test question in a study book about electronics. I cannot find the answer and have no idea which picture identifies a pin.

Am I missing something? Any help on the right answer along with why that answer is correct would be helpful.

I expect this to be a typographical error. They used the wrong picture to illustrate the question. In this case they used the same picture as the one used in question 2-28. The questions 1-36 and 1-37 have good images to identify the pin1 and I assume something similar was intended for the question 1-35.

A pdf version of the book is this, and question in case is at page 162. 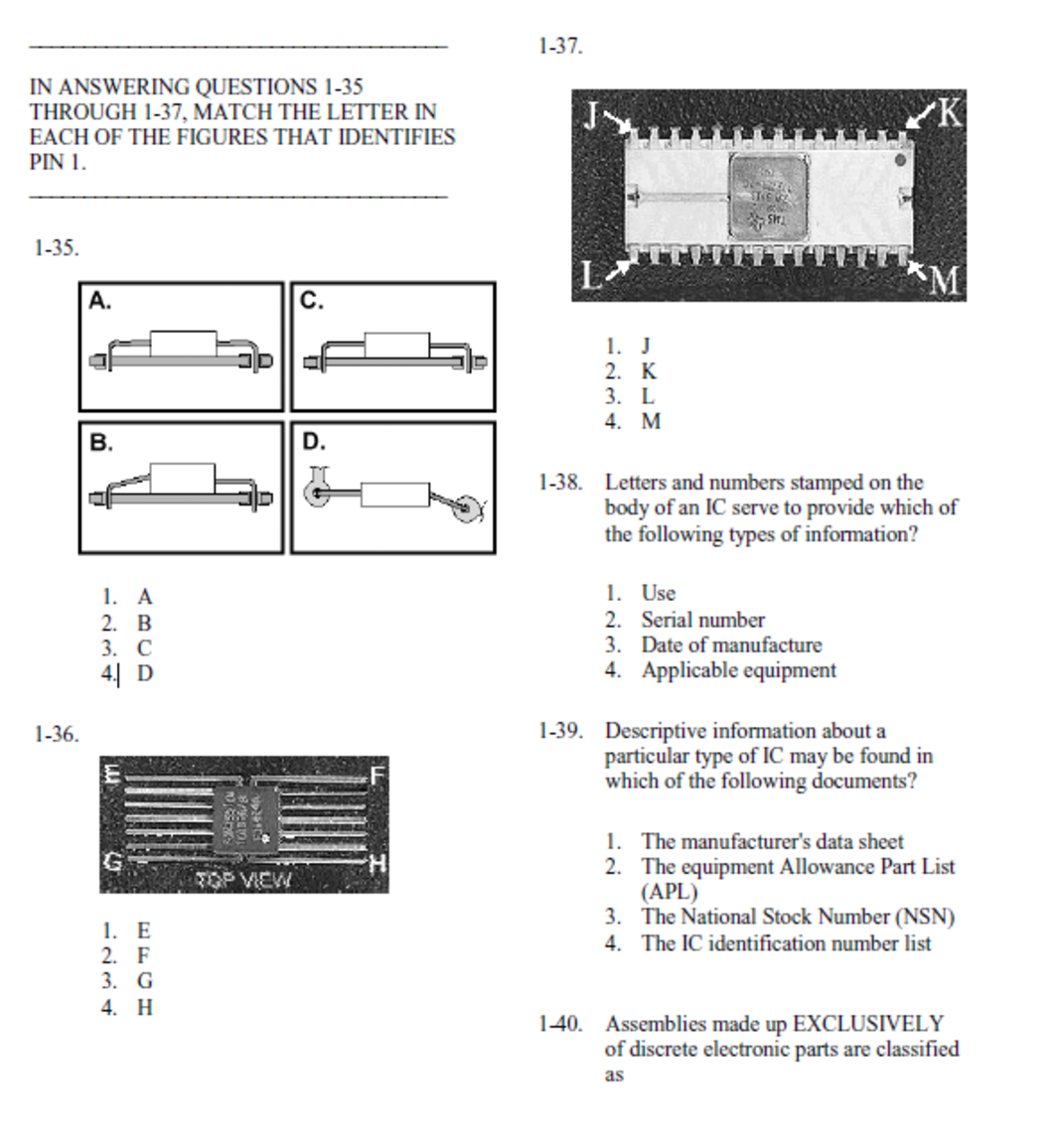 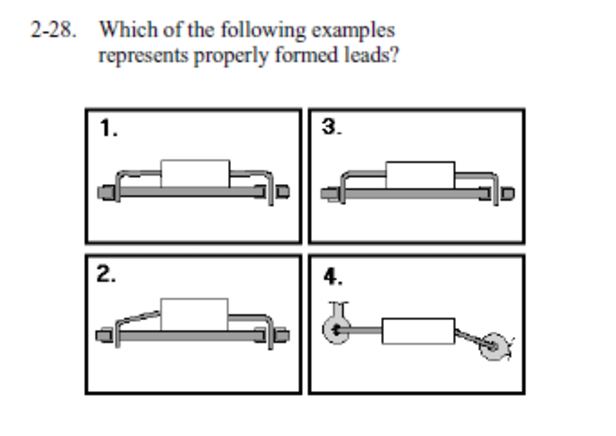 This question makes no sense.

First and foremost: The letters don't identify pins. They appear to identify four separate diagrams, each depicting a separate part! At best, we can imagine that each letter is meant to label one of the two pins on each of four different parts; even then, though, each of those parts would theoretically have a "pin 1".

Second: Pins are typically not numbered on radial packages of the type shown in these pictures. If a part is polarized (e.g, a diode or electrolytic capacitor), the pins may be identified as "anode/cathode", or "positive/negative", but I have never seen them designated with numbers.

Third: Even if we were to assume that these diagrams were meant to depict polarized parts, and that the book used some standard for numbering their pins (1=anode / 2=cathode perhaps?), the identifying marks which would be needed to identify them are all absent! A diode or electrolytic capacitor would typically have a stripe or bar near one end, for instance. However, all of the components in these diagrams are completely unmarked.

If I had to guess, I'd say the diagrams are meant to be paired with a completely different question, along the lines of "which of these components is mounted correctly" (to which the correct answer would be C).

Not the answer you're looking for? Browse other questions tagged integrated-circuit schematics pins test dip or ask your own question.

30
Testpoints: Vias versus pads
1
Basic Theory - finding voltage between two points
0
BA3121 datasheet pin confusion
1
My first PCB - How do I run signals off of the board?
3
Giant pogo pin or spring probe pin for registration during electrical test
0
Need to identify this pin / terminal
0
Help identify IC with erased label by using pin connections in the schematic