I recently dismantled an old treadmill and removed the electric motor. I was wondering how I could power this and control it safely and preferably with a battery. There are three wires coming from it. A red one a black one and a green/yellow one. Pictures are below 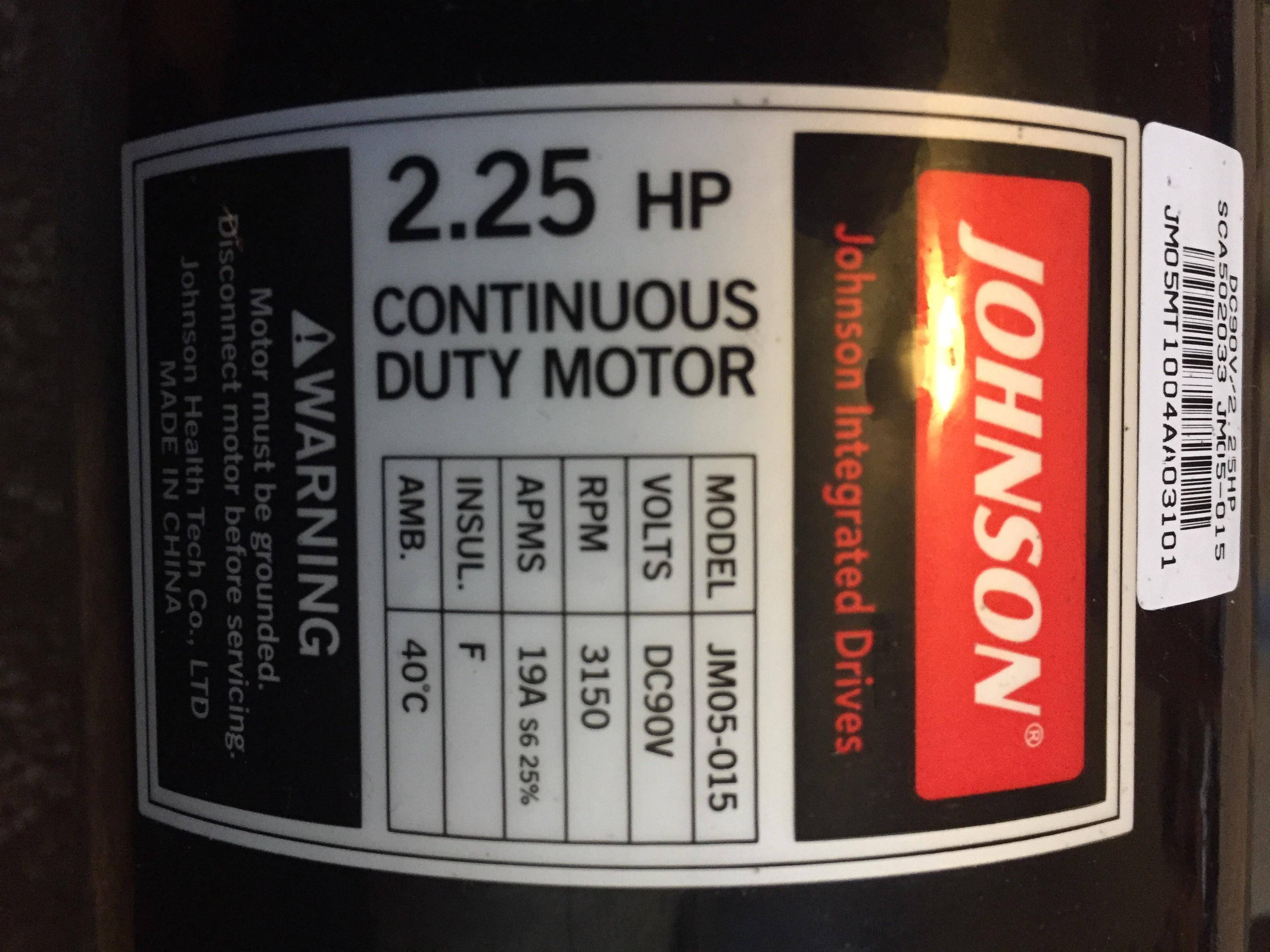 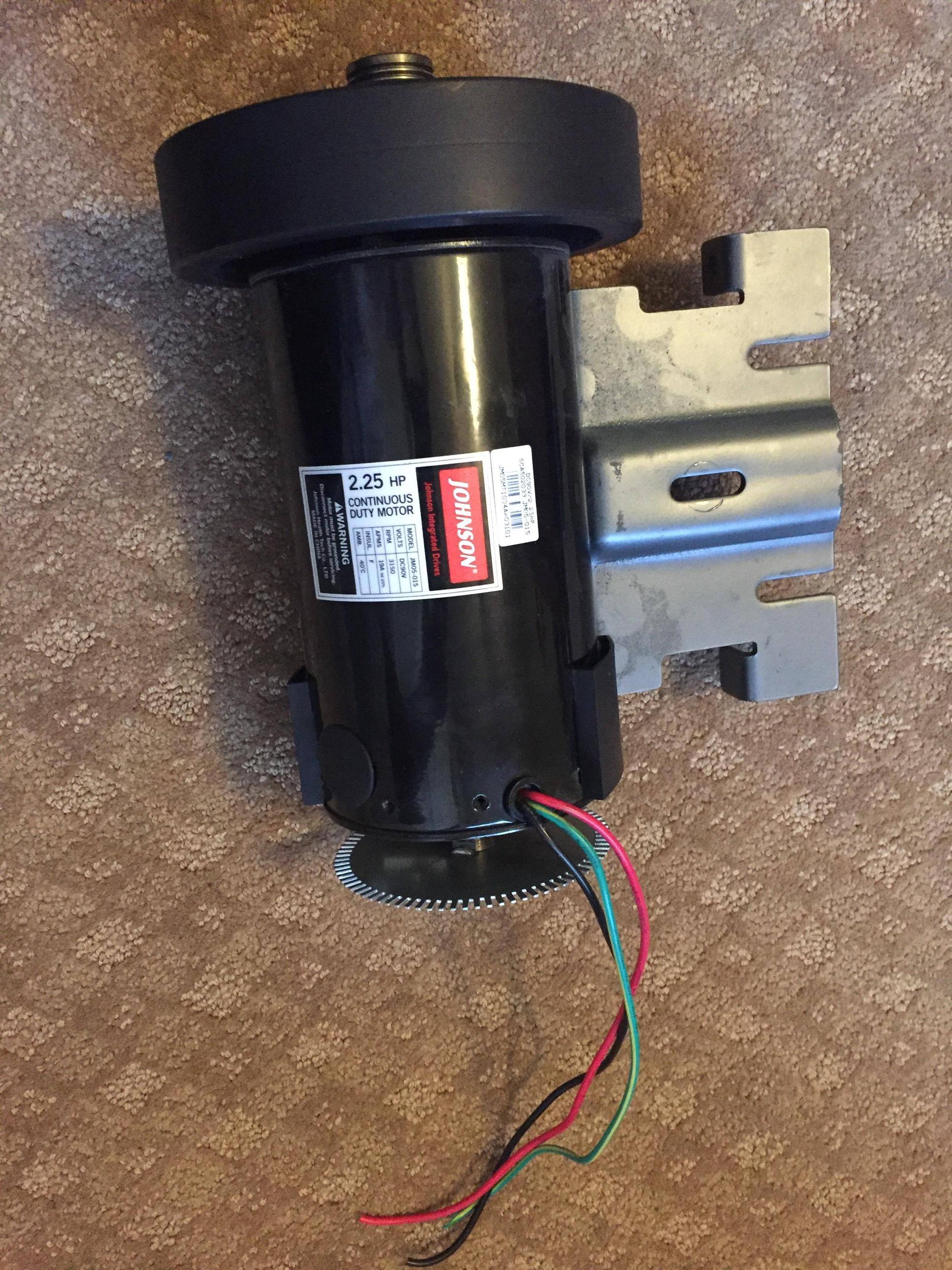 The best way to power the motor is to use the electronic controller that would have been part of the treadmill. To power it with a battery, you could convert 12 volts DC to 120 volts AC with a power inverter rated 2000 watts. I am assuming the treadmill was powered by 120 volts because the motor requires 90 volts DC.

If the original controller is not available or doesn't work, you need to buy a DC motor controller in addition to an inverter. You could consider just rectifying the output of a power inverter, but that would not provide any limit on the starting current. The motor starting current would probably damage the inverter.

The "2.25 Hp" and "continuous duty motor." markings on the motor, need to be interpreted as two separate statements. The the 2.25 Hp rating is likely the "peak power rating" often found on consumer products. That rating can only be safely achieved only for a fraction of a second during acceleration. The motor can indeed operate continuously, but not at that power output.

The specifications also state (with corrected typo) "Amps 19 S6 25%." That means that the motor can operate continuously with a duty cycle of 25% of the time loaded and 75% of the time with no load. Unless otherwise specified, the time period for each cycle is 10 minutes. The 19 amps rather than the 2.25 Hp likely defines the loaded part of the duty cycle.

Brian is correct, red (+) black (-) green (gnd) and to see the connections refer to this Youtube.

Not the answer you're looking for? Browse other questions tagged voltage dc dc-motor or ask your own question.

6
What is the feedback mechanism behind this motor?
2
Need help with 90vdc PM motor speed control circuit
0
Which battery should I use to power arduino+motor shield + two motors
1
Permanent magnet DC motor earth wire
0
Multiple DC Voltage sources in parallel
0
Brushed DC motor chassis connected to each terminal
1
What is this encoder with micro DC motor in camera auto focus system?
0
Explanation of an electric motor schematic