What protection measures to consider when switching many loads at the same time with shift registrers?

I'm developping a programmable load board with many of these load steps to test LDO or DC/DC converter Output. 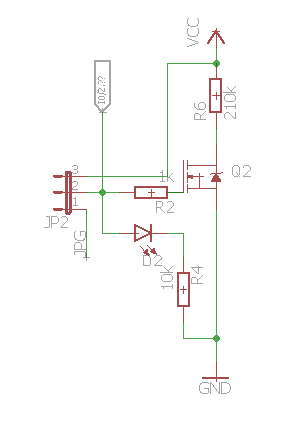 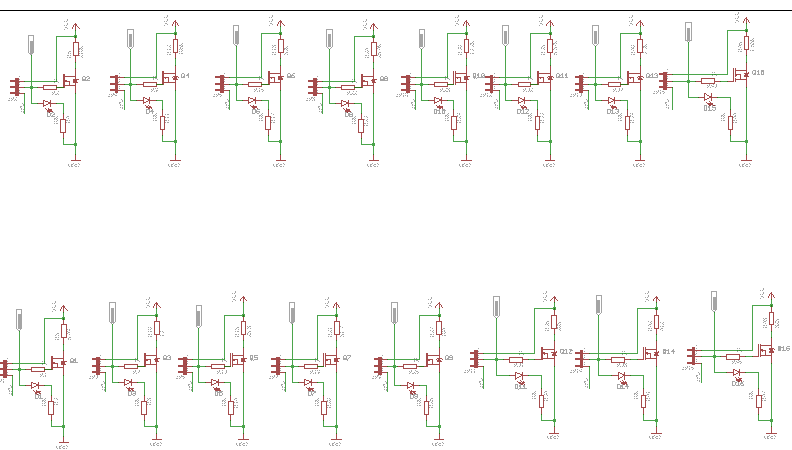 As you can see, what changes is the resistor R6 to provide other current load values. The inputs of the transistors are the outputs of two shift registers (I'm using the 74HC595 Shift register from NXP. ). The LED is an extra to see the status directly on the board.

I'm concerned about the latching of the output from the shift registers to the transistors and how the load value transition looks. It will change many loads at the same time with different current values changing from on to off and vice versa. The total load will be measured at the output of the LDO as the total of the currents flowing in the resistors. I dont't have inductive elements in my circuit , but are there some tips with which I can optimize the current value transitions? Is this enough as it stands ?

Disclaimer: I have no idea about the output current you're aiming. I can see nothing on the picture.

Since your gate resistor is pretty large, considering your application, you have to take few things into consideration.

If the MOSFETs are not over-sized, you're risking frying them, because the MOSFETs will operate temporarily, and many times per second, in their saturation region. On the other hand, if you application does not involve multiple switches per second, then that won't probably be a problem.

Don't forget to check if your driving voltages are greater than the MOSFET's Vgs which will make it operate in its linear region \$(Vds = Rds*Id)\$.

I should point out that you could simulate your circuit using LTSPICE for example, add you MOSFET's model, to see the temperature evolution with the expected switching patterns.

Not the answer you're looking for? Browse other questions tagged shift-register load latch or ask your own question.