I have a dimmer circuit that produces the following wave forms.

I would assume that given this signal, the triac should flip on and the light and it should be at nearly 100% brighness. However, this is not what's happening. Itstead, the light doesn't turn on at all. Can anyone explain why this might be? If I change the gate to be always triggered (i.e. always voltage to the gate), the light turns on to 100% brightness as expected. Is it possible that the resistor sitting before the triac gate is too high (56 Ohms)? 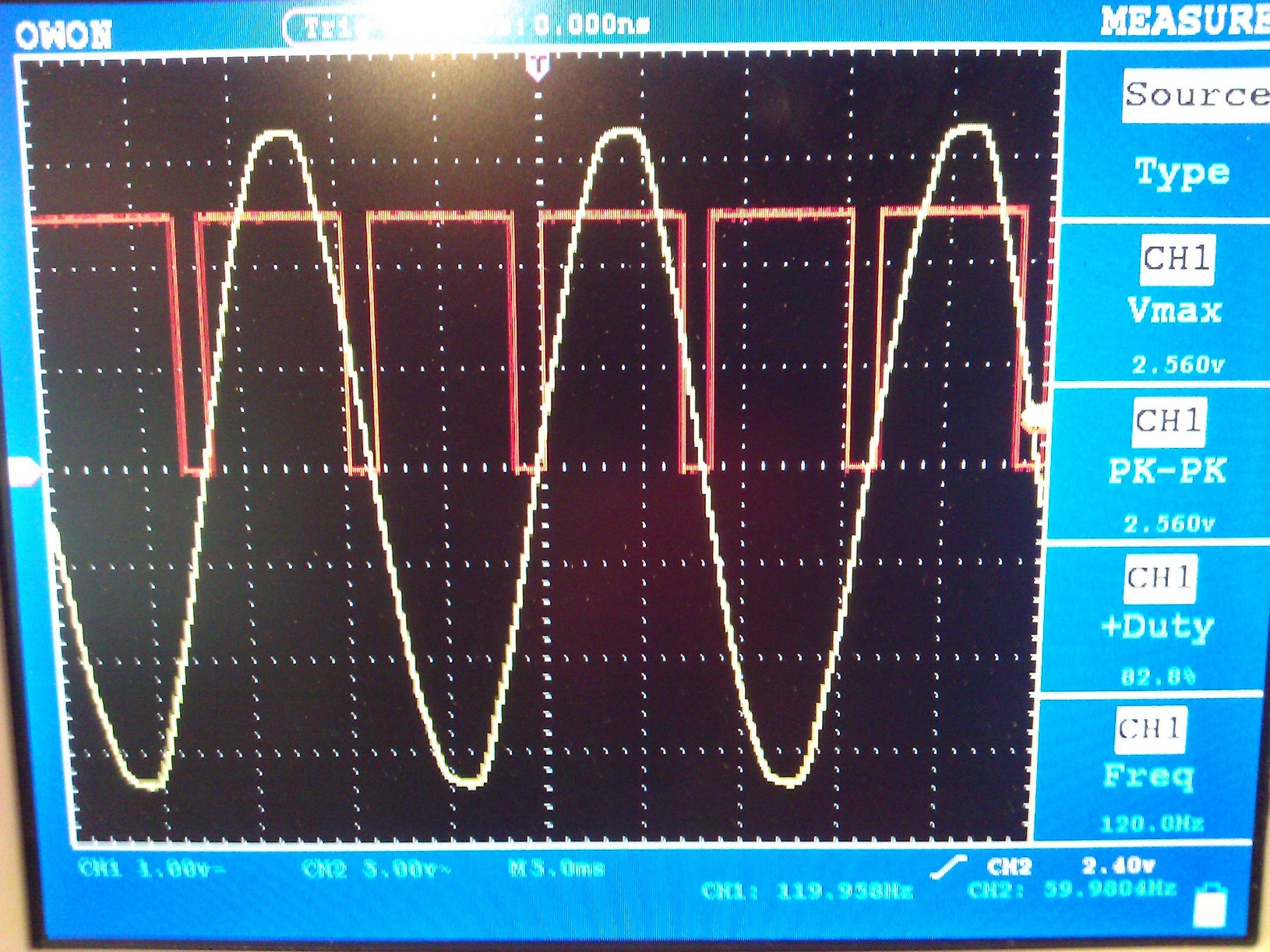 The circuit is essentially the same as this one:

If you want to do dimming, you'll have to use an triac driver without Zero Voltage Crossing detection included, often called a Random Phase triac driver, like this one: MOC3052-M.

M.Alin had posted the answer to this question, but deleted it for some reason (too bad because I would've marked it as the answer). After further investigation based on his comments (and the comments from Kortuk in the question) I found that I need to use a MOC3051 instead of the MOC3041 specified in the original schematic. The difference is that the MOC3041 is a zero cross triac driver which essentially means that it will not turn the gate on until the signal is high AND the AC zero cross has occurred. This has a great simple description of how it works.

I imagine this could be useful in a number of circumstances, but for the dimmer it makes more sense to me to slice the AC signal as opposed to turning on only a select few "half cycles" (e.g. every other cycle or every 3rd cycle, etc), which I suppose is what the original designer of the circuit intended. I would imagine that there would be less of a "strobe" effect with the light through the use of slicing, but I certainly could be mistaken here.

It's funny how this stuff doesn't make a bit of sense until someone describes it and then I feel totally stupid for even asking the question. =D

You have to reduce the period of duty cycle