I have successfully dimmed a light bulb using a triac & phase chopping method,but when I tried dimming an inductive load (for e.g. ceiling fan) then it made a humming noise at DIMMING, however it worked fine when full power is supplied (no dimming, ON state).I understand this is because of the sharp edge due to sudden voltage rising and this adds harmonics to the motor. It's been a week and I have tried many filter configuration with triac as I read online that using inductive choke would solve the problem but it doesn't seem so. Using an RC filter has so many drawback for my project so I cannot use RC filters as it decreases current to the load.

If someone can suggest me a better filter configuration or any other method to smooth that curve or reduce the noise I'll be grateful.

You can see, in waveform obtained after using inductor, the sharp edge becomes more sharp. I know that the curve that I am getting is a typical inductor behavior. To solve this, as seen in some circuits, a capacitor is used in parallel making it kind of an LC filter or Pi-filter. But even after adding the capacitor the sharpness of the rising stays the same.

Please suggest what values to be used to solve this problem.

(Waveforms) 1.waveform at triac firing/dimming(steep rise), 2.waveform to be achieved after smoothing, 3.waveform with inductor(150mH) in series configuration(not correct) 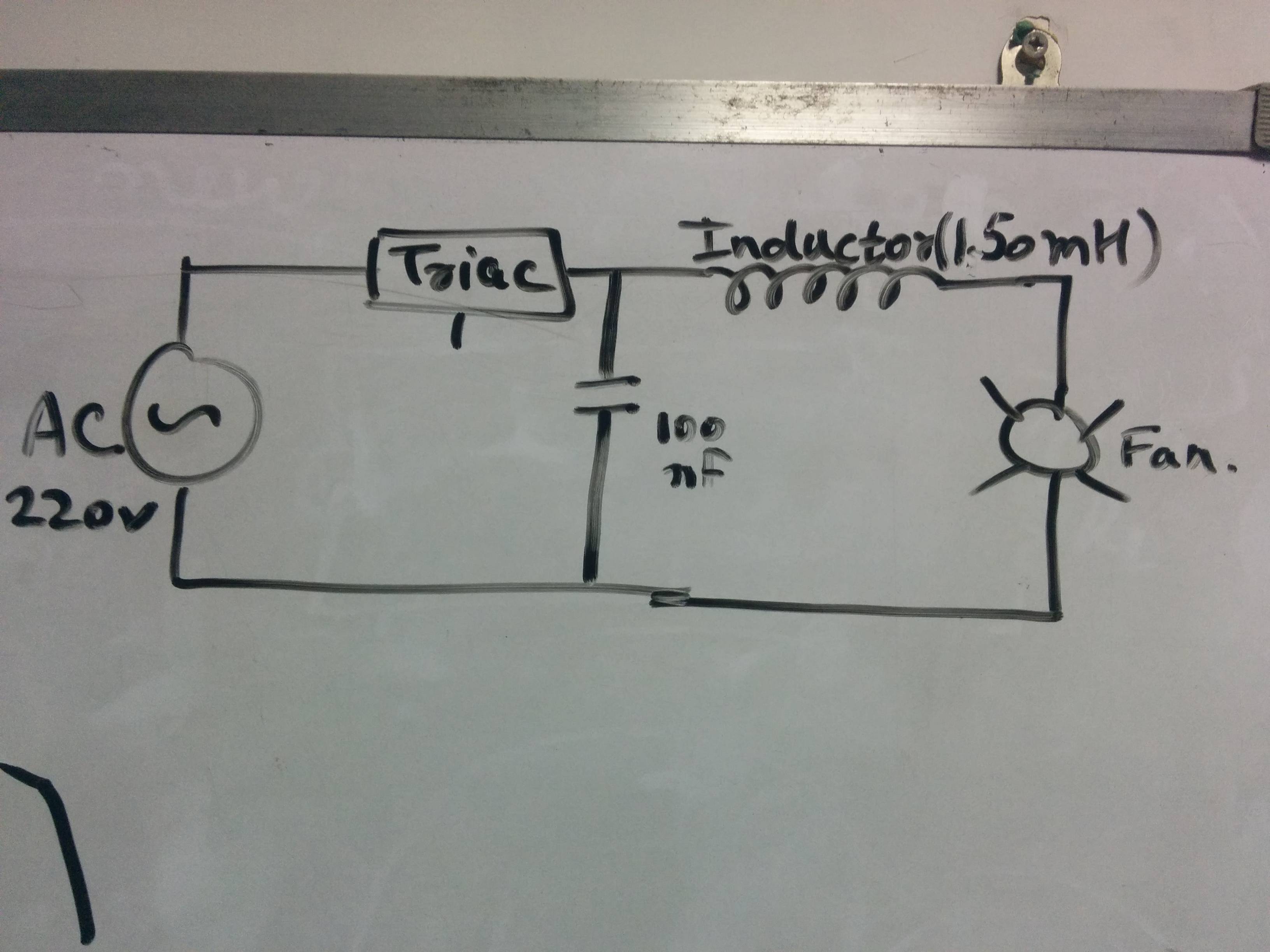 I have also experienced the same humming noise while using PWM dimming on Fan. The only solution that works well is by using capacitors to reduce speed. You may need to stack 2 or 3 capacitors (1uF, 2.2uF, 3uF) which are rated to work in 250VAC and connect them in series to get various speed levels. It is a little complex and bulky compared to PWM approach, however this will not create any humming noise.

Not the answer you're looking for? Browse other questions tagged filter inductor triac dimming or ask your own question.