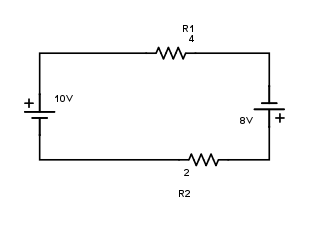 Why did you change the sign for the voltage sources and for the resistor drops? Imagine first there was only one source and one resistor (R10). You would have +10 - 4I = 0.

Per KVL, the order of the the components doesn't matter, so you can apply the same logic to the sources. A 10V and 8V source in series and in the same polarity produce a 18V source. Don't be fooled by the fact the 8V source is on the right side of the circuit, upside-down; it's still adds to the total voltage source. So you would have +10 + 8 -4I - 2I = 18 - 6I = 0 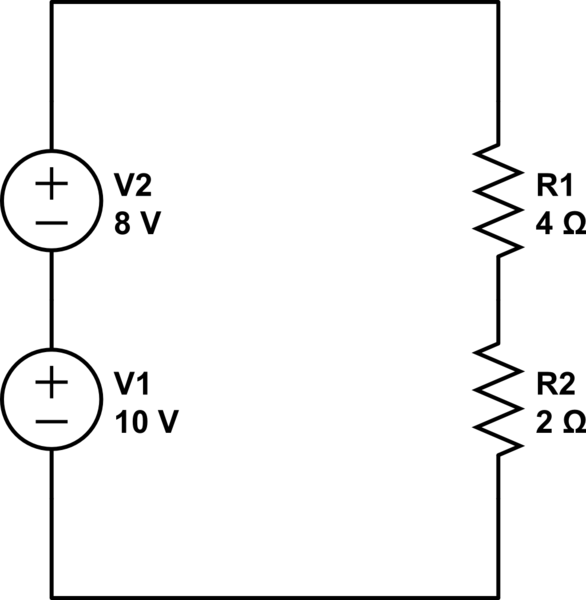 Remember though this doesn't hold once you add any parallel item or branched circuit.