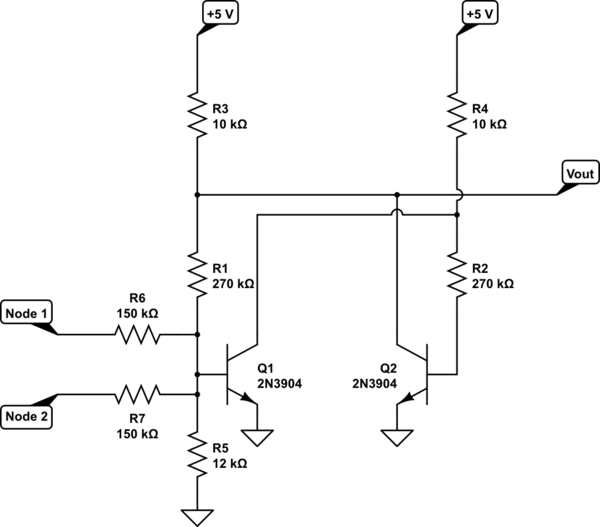 The above circuit uses two \$10\:\textrm{k}\Omega\$ pull-up resistors for \$V_{OUT}\$. This can be changed if you need a lower impedance output when high (with some implications for the other resistor values.) I didn't gather from you a specific output impedance so I just used those.

The circuit uses \$R_6\$ and \$R_7\$ to inject some current into \$Q_1\$'s base node. Because the circuit includes carefully designed hysteresis, the output will be held low until both inputs transition to \$+5\:\textrm{V}\$. Then it will transition high. Once high, though, the output will stay high until both inputs transition back to \$2.7\:\textrm{V}\$. (The hysteresis is substantial so it should be relatively immune to noise.) 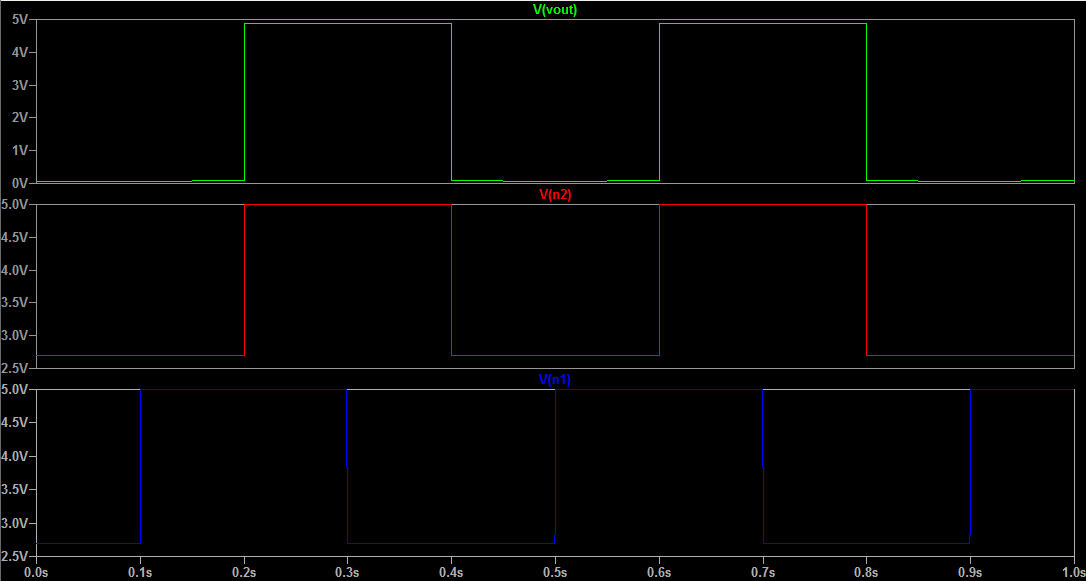 Here it is with added noise on the two inputs: 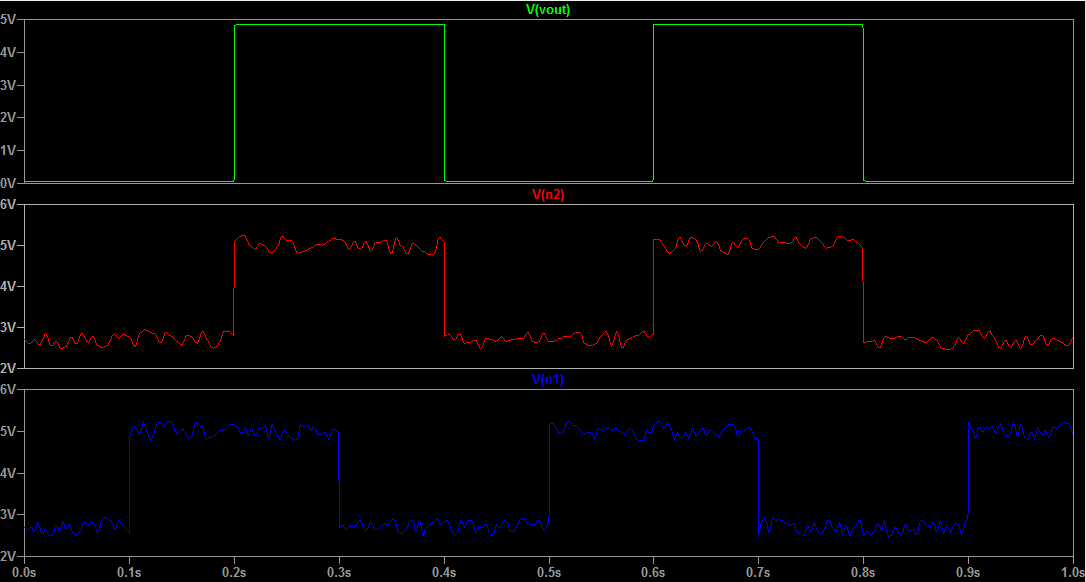 The circuit is resistant to noise, uses parts that are available anywhere in the world where electronic parts are available, and the parts are widely supplied, too. And they cost next to nothing. Nothing boutique here. Not even close.

You can use operational amplifier like LM358 to make simple comparator. And voltage divider to get reference voltage.

Here's a schematic based on LM358 documentation:

You can get those parts anywhere. Connect your tested voltage to Vin. The two resistors on left side make voltage divider that converts 5V to 3V. And those 3V make voltage reference for LM358. When Vin > 3V then Vo will be equal to 5V (provided to powered LM358 with 5V) and when Vin < 3V then V0 will be 0V. So it should do the job.

Not the answer you're looking for? Browse other questions tagged level-shifting level or ask your own question.

1
Controlling motor with potential on 2 points