I'm trying to split an audio signal into 5 channels, letting 5 different ranges through each filter (low, mids, highs, etc..). What I'm finding is that each bandpass filter has different levels of attenuation, which I don't understand.

I expect there to be some attenuation, but my "passed" frequencies for some of the filters are at best -6dB. This doesn't make sense to me because shouldnt the corner frequencies be defined as -3dB and they bandpass should allow signals through between these at an attenuation of less than -3dB.

Here's the schematic I'm working with: 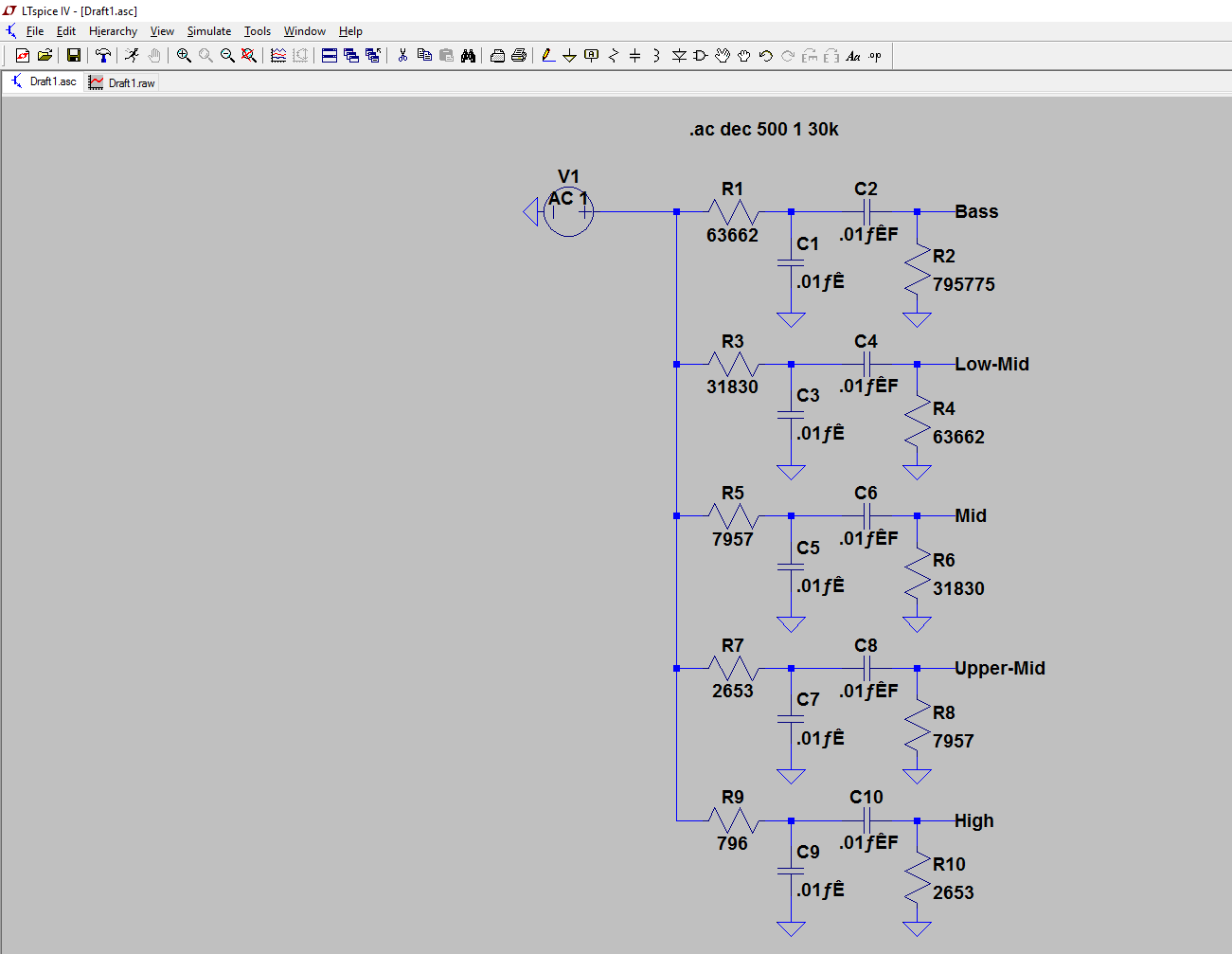 Here's a magnitude/phase plot of the circuit: 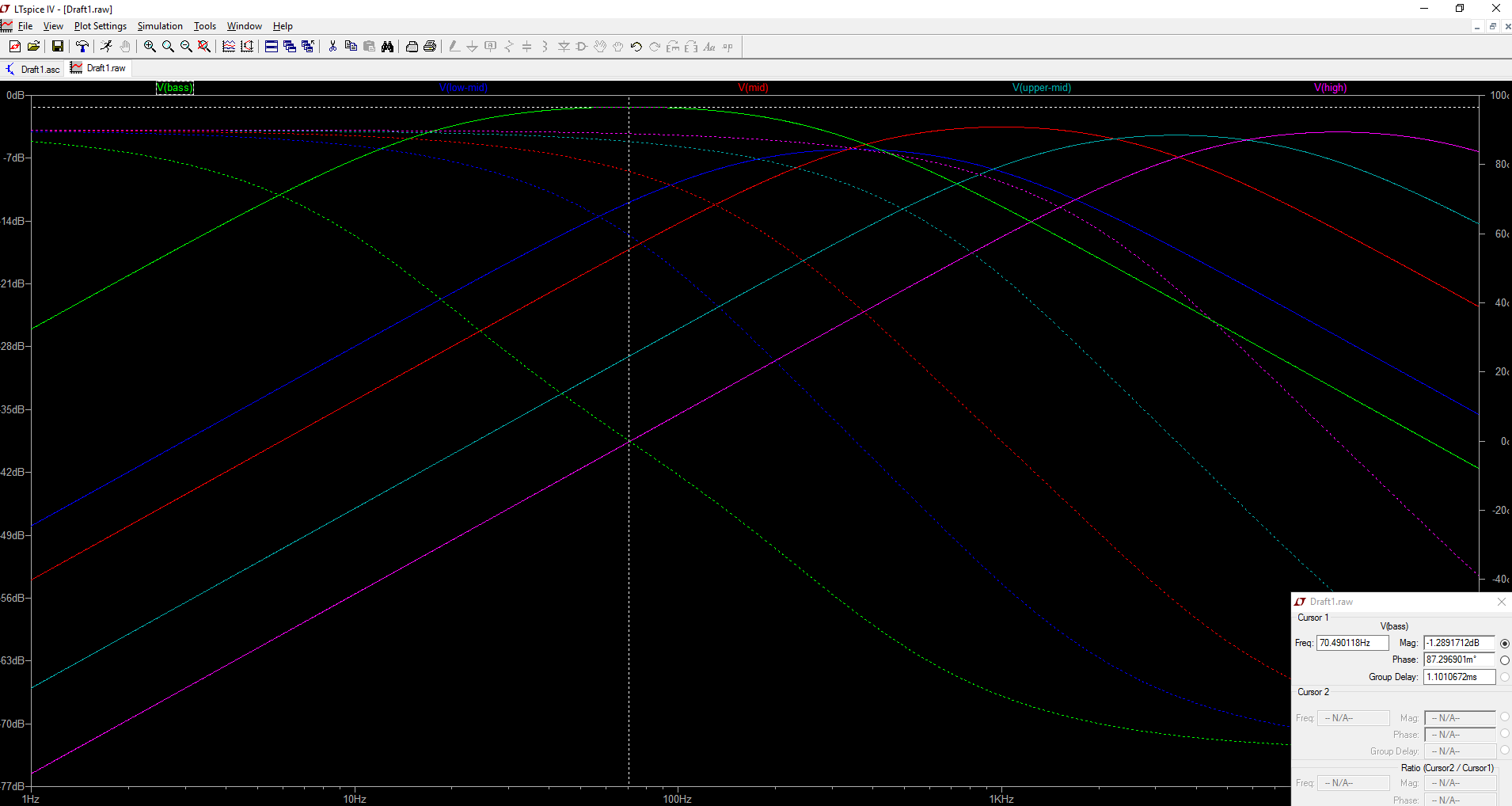 I did this for each bandpass filter diving the ranges of 20Hz - 20kHz into five regions. Perhaps the design I'm using itself is a flawed design? I've looked around a bit and see that a lot of designs include some sort of amplifier between the low pass and high pass portion of the bandpass, could this be the reason?

Similarly the high-pass equation assumes the source feeding it has very low impedance, which is again not valid once you connect the low-pass filter as the input source.

I expect there to be some attenuation, but my "passed" frequencies for some of the filters are at best -6dB.

The best case scenario at the midpoint of the passband is that C1 looks like an open circuit while C2 looks like a short circuit. In that case you'd have an equivalent circuit given by the resistor divider formed by C1 and C2. For your "bass" filter, for example, this would be about -3 dB because the two resistor values are roughly equal.

But things won't even be that good, because you're using equal capacitor values for the two filter stages, so the capacitors will have equal impedance at any given frequency. I won't try to work out the effect mathematically since you've already run the simulation and seen what it is.