It's new for me to actually ask a question here instead of only reading which I did appreciated a lot in college. I have a background in mechanical engineering and do have some (low level) experience with electrical engineering. Currently I'm stuck on what looks to me a pretty simple circuit.

What I need for a project is a CR2032 powered LED that has two modes -> solid and blinking. It has to cycle through these functions by using a single switch. The first time the switch (sort of toggle switch) makes contact the LED is powered ON solid. If the switched is released again the LED starts blinking for 3-5 seconds. From that stage I would like to have two options either it completely switches OFF after 3-5 seconds or in the case the switch makes contact again (within these 3-5 seconds) the LED remains blinking. Switched OFF again and it stays OFF.

I've done quite some research and I've seen similar systems using a 555 timer. However the most simple solution I've found was a small bike light sold here in Amsterdam. This system only has an IC, two resistors and a capacitor -> LED series resistor and debounce. It is powered by two CR2032 in series. As this is a battery powered bike light it must also be energy efficient and cheap. Unfortunately I cannot find anything about the 5 legged IC (TS6536B) on the internet. So I was wondering how this works and if I could use anything similar for my project. Any help on how to find the specifications of this IC or how to approach my design in general would be greatly appreciated. 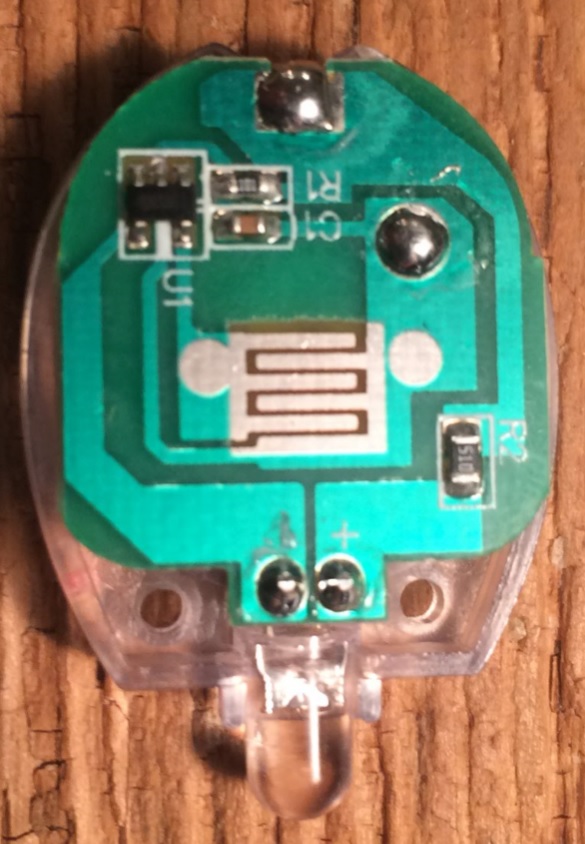 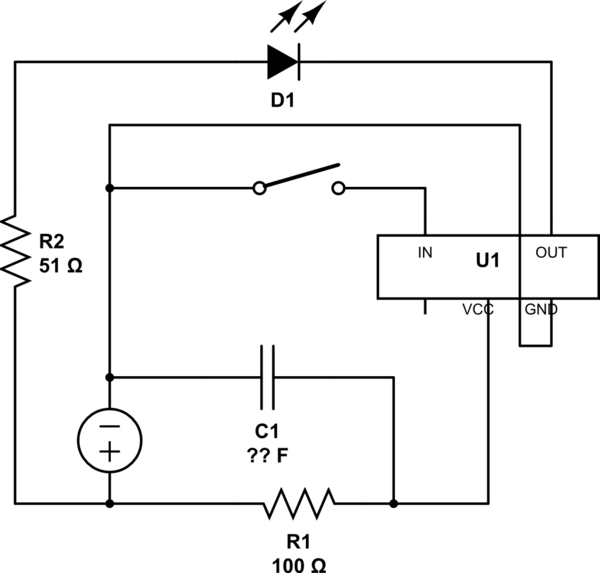 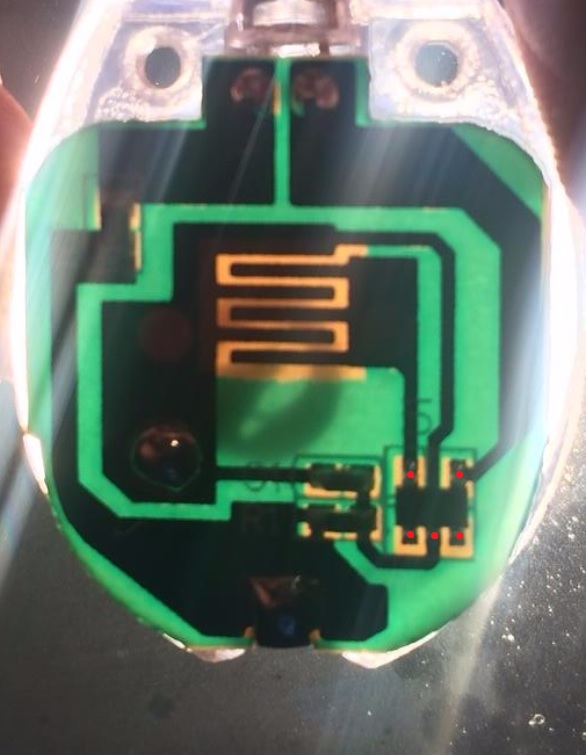 Purchase a bike light or keychain light on Aliexpress with the features you need for $1. Desolder the chip and use it in your project.

The simplest would be to get rid of that resistor. Your led is likely to be able to take in far more current than your batter is able to supply.

If the led is indeed fragile, put a resistor plus a free wheeling diode in serial with the led. Esspecially making the whole thing into a smps.

Pick a sot23 mcu and you are ready to go.

Have you had a look at following ones?

These are LED drivers in SOT23-5 package, and very low off and quiescent current.

Not the answer you're looking for? Browse other questions tagged microcontroller led or ask your own question.