I'm looking to buy a generator for producing electricity to power different things (e.g. a fridge), in a place where there's no electricity. For now, I do not have a fridge but I may have one in the future (it's an example of a device that needs more power).

Currently I'd need electricity to recharge my MacBook Air from time to time (probably once a day or so).

I guess the generator produces more power than my Macbook Air will use. I just assume that the other unused part will be just wasted.

I'm thinking that there should be some kind of batter/power bank which stores (almost) the entire electric engergy produced by a generator and then I can use that power bank for recharging my laptop few times. I have the feeling this would be a little bit more efficient than using the energy produced on the fly.

Is my assumption about the waste correct? What would be the optimal way to charge my laptop having one of these 220V generators which are available in the shops? Do I need a power bank? Something similar would be handy because hearing the generator noise is not a very pleasant feeling I think. What is the name of such a power bank device?

Is there an even better solution for charging devices like a laptop, phone etc. than a 220V generator?

I have no experience in knowing how such generators work, but I have the feeling that my laptop can be charged, but it's going to use just a very small percent of the produced energy. I don't want to waste the gasoline which is used to power the generator.

When referring to a generator, I mean one of these portable gasoline generators. Is there anything better for my case, keeping in mind that maybe later I want to power devices that may need more power? 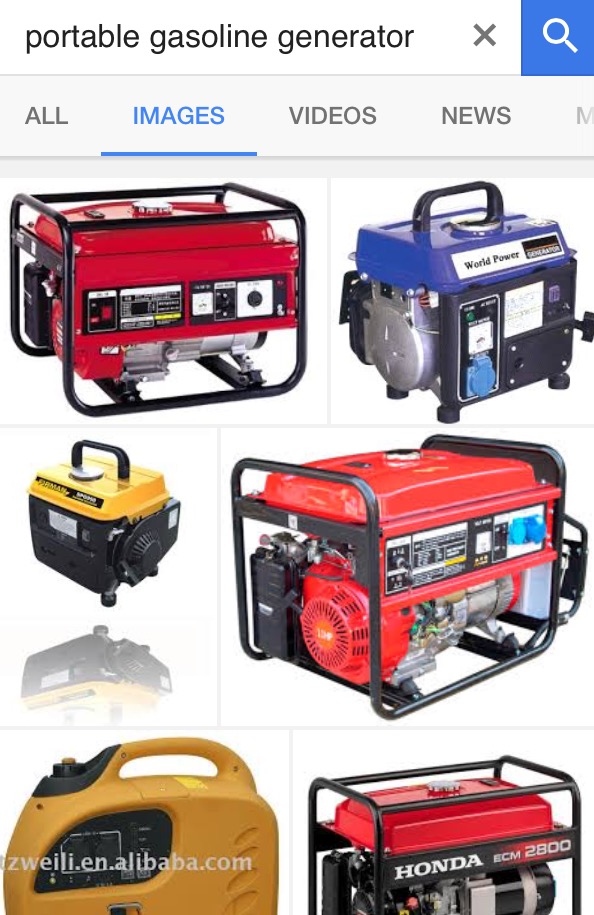 A portable power bank that you can recharge elsewhere if a good idea for four MacBook. If you expect to be living in a place with no power source for a long time. You should probably check into solar, wind or hydro electricity generation. Which would be best would depend on local resources. You will need to study the purchase cost, power conversion requirements, maintenance requirements and expected lifetime of the equipment. For items like a fridge, you will need to have a storage means that is larger than a portable power bank. Care batteries are not appropriate even if they are new. There are appropriately designed lead acid batteries and other alternatives. You will need to determine the voltage level based on available large appliances of the types you want to use. The most economical strategy would probably be to use voltage converters only for the smaller loads.

You should gather information for future load anticipation, available electrical generation equipment, power conversion equipment, energy storage alternatives and charge controllers. Study how all of the components work and how small energy systems are constructed. Then you can plan and design a system to meet your needs efficiently and economically.

Try to get hold of some used car batteries at the local garages or recycling center. They are usually thrown out (or sold quite cheaply for recycling) because they don't have the juice to start a car anymore, but they can still be useful for general use. A bank of used car batteries can be very effective for storing electricity from a generator. As a plus, when using the energy you don't have to have a noisy generator running.

Not the answer you're looking for? Browse other questions tagged voltage power generator or ask your own question.

4
For a vehicle, what is the most efficient way to store energy from various inputs?
3
How should I make a generator-powered rectifier/regulator charge a battery?
3
Could a significant amount of electricity be generated from public hand-operated generators?
0
load sharing in parallel generators
0
Brushed DC motor as generator, characterising the motor
1
How to perform conducted emissions testing for electric generator?
2
Generator to home wiring
0
Question about hooking up two generators in parallel