Why do some capacitors not have vents?

Some (electrolytic) capacitors I have in a kit have vents, some do not (not on the top, not on the bottom).

The vents are there to safely let the gas out instead of letting the capacitor shoot.

So why don't all the capacitors have these? If they would fail (you never know): aren't the vented capacitors safer to use? 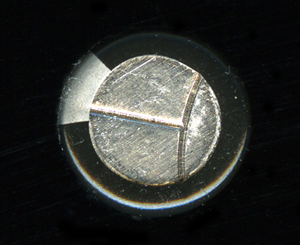 Actually these vents are not vents but a deliberately made weak-point in the housing of the capacitor.

The vents are only needed for Capacitors which contain some electrolytic fluid which could start to boil and create pressure. 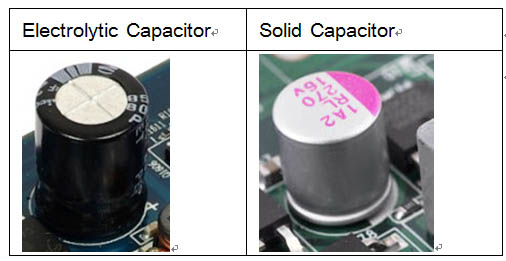 As said before many axials, old or cheap electrolytics don't have vents.

Big screw terminals electrolytics have vents, it is generally a small hole with a rubber plug, not a weak point engraved in the housing.

You should not underestimate the risk of a capacitor blowing. I've seen medium sized ones (diam 16-18 mm) make a dent in a steel 2 mm chassis, the same dent you can make by hitting it very hard with a hammer. Even if there is no fire or projection, the noise of a big capacitor blowing can damage your hearing if you are too close.

Not the answer you're looking for? Browse other questions tagged capacitor electrolytic-capacitor failure or ask your own question.

4
Why do some capacitors leak and other capacitors hardly leak at all?
2
Capacitors in series?
9
Should ventless electrolytic capacitors be mounted upside down?
2
Why does my circuit work with ceramic capacitors but not electrolytic?
5
What do "cycles" in a capacitor mean?
0
Are these really capacitors?
25
Why do we use polarized capacitors?
0
Are capacitor vents safe to touch?
8
Why do these capacitors have an additional plastic block around them? What kind of capacitor is this?
1
Why conductor having charge(let say 1C) have tremendous potential but same conductor used in capacitor have low voltage?