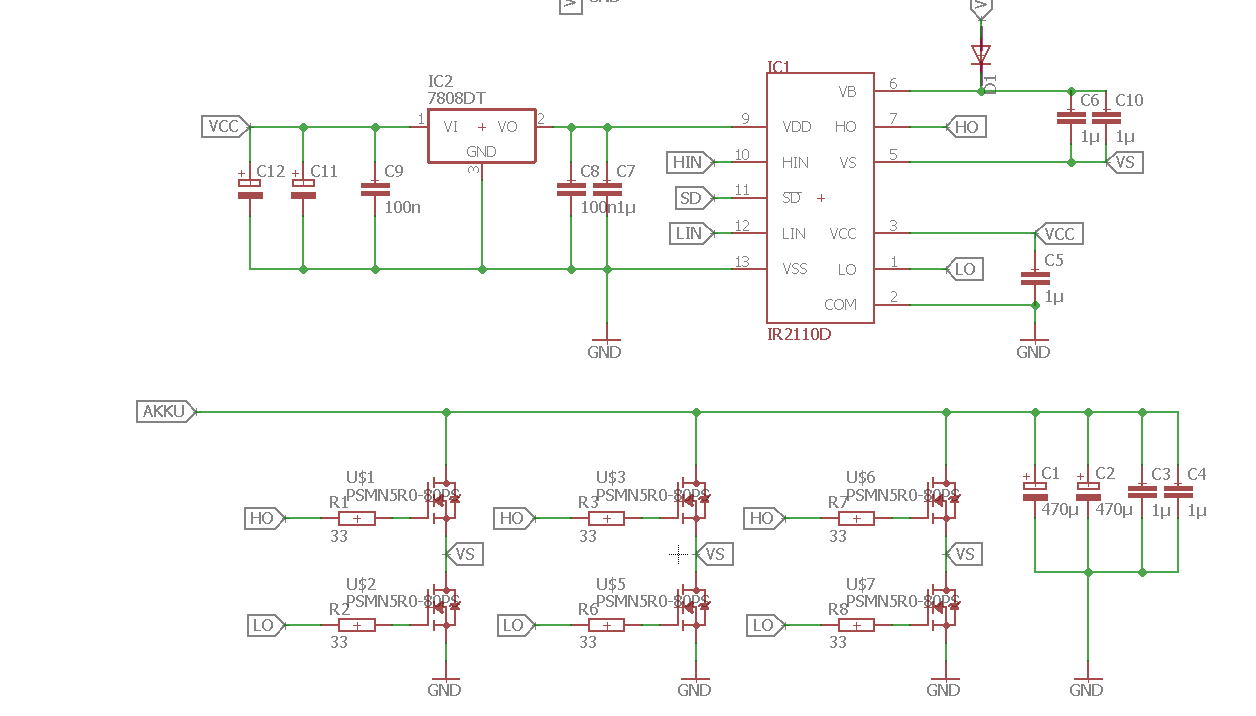 how do I choose the right freewheeling diode?

The body diode is an ordinary silicon diode, with a nominal forward voltage drop of 0.7 V or so. The voltage drop increases relatively rapidly with increasing current, because the substrate is not generally heavily doped, and has a higher intrinsic resistance as a result. The body diode is also relatively slow, because of the large capacitance associated with its electrode structure.

If you use external Schottky freewheeling diodes in parallel with your MOSFETs, the overall power dissipation during freewheeling will be roughly halved, improving overall efficiency. More importantly, the freewheeling dissipation will be occurring in a different device from the switching MOSFETs themselves (which have other sources of dissipation such as the losses during the switching transitions and the I2R losses while conducting), relieving them of a significant amount of stress, which should improve reliability.

Not the answer you're looking for? Browse other questions tagged mosfet motor diodes power-electronics brushless-dc-motor or ask your own question.