What sort of antenna is this?

Just wanting to learn more about this stuff but can't find any resources based on what i know to ask.

This tower has several of these strange looking sets of 2 bent tubes all facing the downtown area. What are they? On an FM tower. Just wondering the function of such strange configuration since all FM transmitter picture i find look nothing like them. 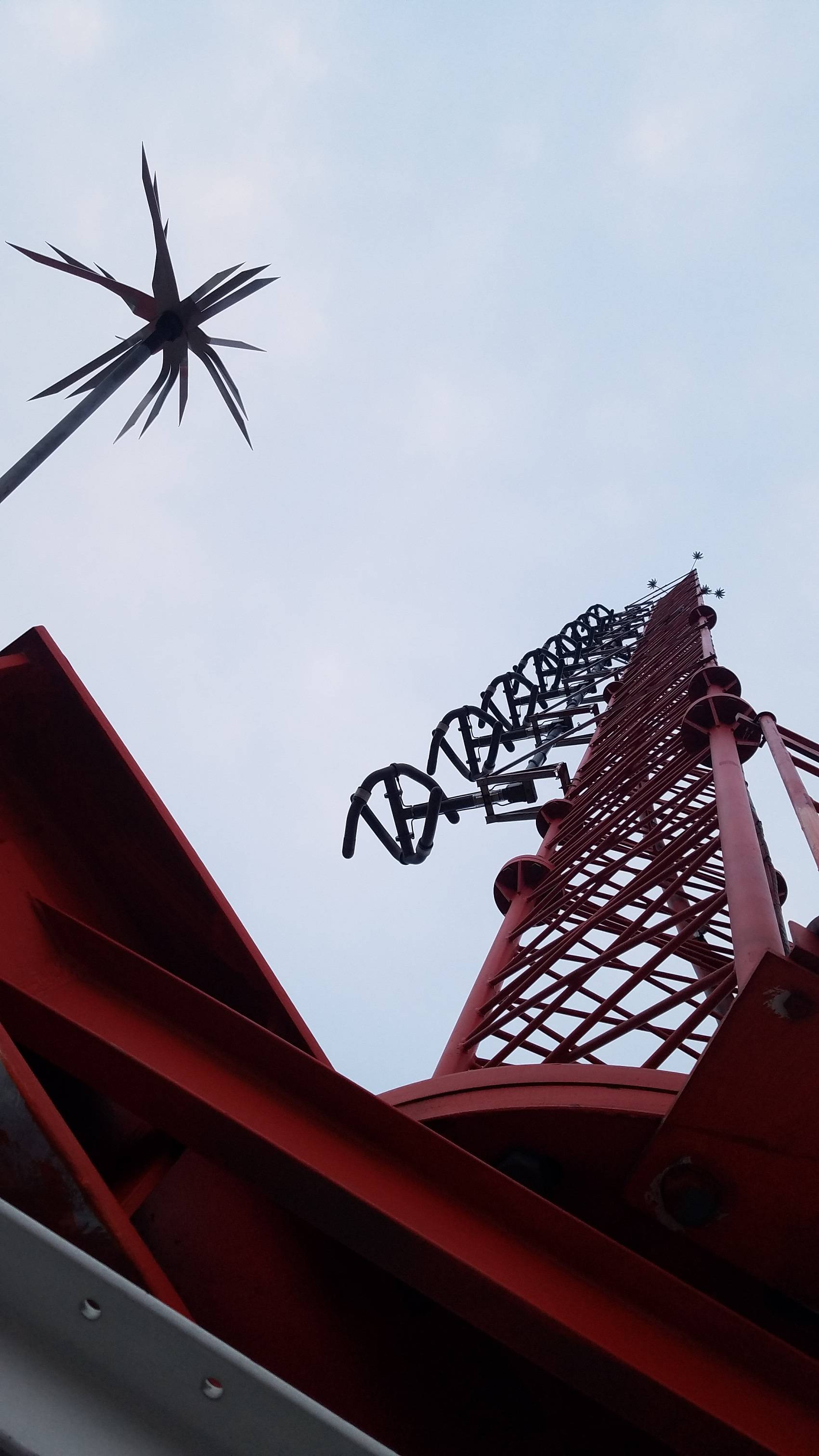 If you look in a text book for FM antenna, you will often find a straight thin-wire centre-fed dipole illustrated. This is not, there are at least 4 features that are different, and for good reasons. Marshall House is correct with his identification of the antenna.

a) The antenna has fat tubes rather than thin wires. Thin wires result in a fairly well-defined resonance frequency. Fat tubes increase the bandwidth to cover the whole commercial FM spectrum

b) Each dipole is curved. A straight dipole has a well defined fore-and-aft beam radiation pattern, a curved dipole spreads it out into a more omni pattern

c) It uses two crossed dipoles, rather than a single. The physical spacing of the dipoles introduces a phase shift, which results in the signal being circularly polarised. Initially, FM transmission used horizontal polarisation, to horizontal receive antenna on rooftops, which could be pointed at the transmitter. Unfortunately, cars can point in any direction, so the antennae have to be vertical so the reception is independent of the facing direction. Transmitting circular polarisation caters for both groups of receiver.

d) It uses a stack of dipoles, rather than a single one. A single dipole would launch most of its energy skywards and into the ground. A vertical stack allows a pancake beam to be formed to improve the efficiency of broadcasting to ground-based receivers.

2
Circuit that dumps RF energy on matched load. Can anyone help?
2
FM Antenna Question
4
What is this type of radio fm antenna connector called?
0
Does this sort of connection on a Yagi Antenna make sense?
2
Piece of wire as FM antenna
3
RDA5807M FM antenna question
7
What antenna is this?
3
Can long-range radio waves from an RTV tower penetrate thin plastic composite material next to its source?
0
Some sort of reflector behind a spiral antenna