I'm trying to build a simple IOT push-button with the ESP-01. My goal is to have it powered by 2 coin-cell batteries (3v), so I want it to power up when I push the button, and then power itself down.

I was advised on reddit to use a P-channel mosfet to allow the ESP to power itself by holding the gate low via a GPI0 pin, then setting it high to power it down. I'm struggling to get this working. I have it wired up like so: 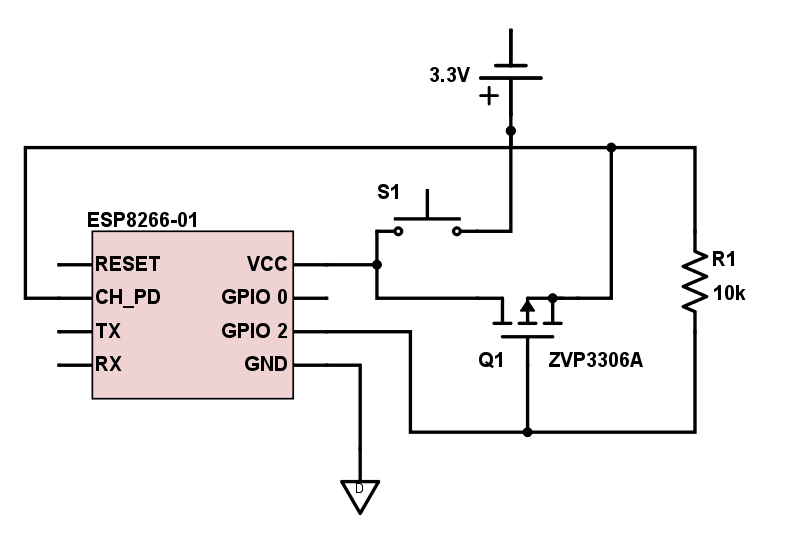 But as soon as I release the button, the ESP shuts off immediately (it doesn't seem to draw any power through the mosfet). I tested my code by hooking ESP's 3v3 pin directly to battery+, and used a voltmeter to measure at the mosfet's drain pin. When it boots up, the voltmeter almost immediately reads ~3.3v, my code makes a successful HTTP request, and then voltmeter drops ~0v, as expected.

However, when I wire the ESP's 3v3 pin back where the voltmeter was (on the drain pin), the ESP shuts off as soon as I release the button.

What am I missing? I've seen other schematics for "soft-latching" circuits that include an additional NPN transistor, but I'm not sure whether or not that applies to my situation. 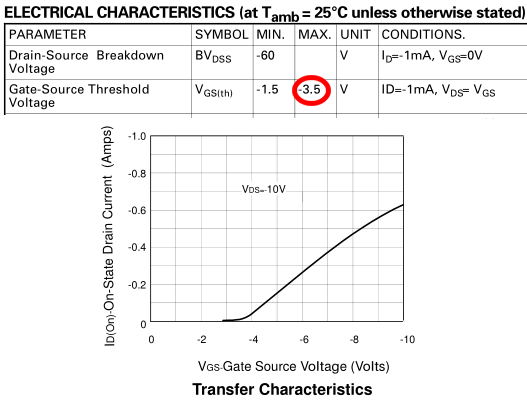 Not the answer you're looking for? Browse other questions tagged esp8266 or ask your own question.

2
Is this ESP8266 voltage regulator *really* 12v compatible?
1
ESP8266 driving relay and reading button
3
Microcontroller hangs while switching off
6
How can I keep a momentary button low long enough for microcontroller to read it?
0
Controlling Wemos D1 power with P-Channel MOSFET
1
ESP8266 module emits random/garbage characters on external supply (but works on arduino's 5v & 3.3v)
0
ESP-01 boots with GPIOs HIGH
0
How to stop erroneous signals on startup of an RF circuit