The figure below is an LC low pass filter and its bode plot. As we can see the ratio Vout/Vin is larger than 1 around the resonant frequency. Is there an intuitive explanation why the ratio is larger then 1 here? 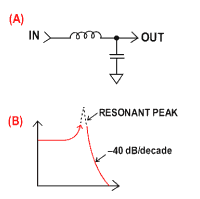 An inductor is the rubber band and a capacitor is the flywheel. Constant speed on the steering wheel is a dc voltage.

Now, should you rotate the steering wheel back and forth at the "right" rate, the flywheel will also start to oscillate and, in the absence of friction losses (aka resistors), that flywheel oscillation will build in amplitude and continue to build until eventually something gives out. This would be called destructive resonance and happens in electric circuits too.

The math for the electrical case and the mechanical case is virtually the same.

Should you have attached a motor instead of the steering wheel and applied a step change from zero speed to so many rpm then the flywheel would accelerate until it reaches motor rpm then continue to accelerate until all the stored energy in the rubber band was extracted. Given very low losses, the flywheel would attain a speed of double the motor speed whereupon, it starts slowing down and dumping energy back into the rubber band. At some point in time later, the flywheel will decelerate to zero speed and the process will start again.

This cycle time represents the resonant frequency of the flywheel and rubber band. In mechanical terms it relates to mass and stiffness.

Consider your child on a swing.

Each time you give them a push you make them swing. If you add energy in resonance to the natural swing time, they will swing higher and higher.

It is the same with this circuit, at resonant frequency voltage/current "swings" between the inductor and the capacitor. If you apply a signal at the same frequency... it swings higher.

It has to do with the math behind the filter. Simple answer is that the peak is when the imaginary portions of the impedance/admittance cancel each other out. This can cause a very large spike in voltage (hince the dotted lines and why there is no real max to it). Adding a resistor helps to dampen this down.

The pendulum has pivot friction and air friction to absorb energy. 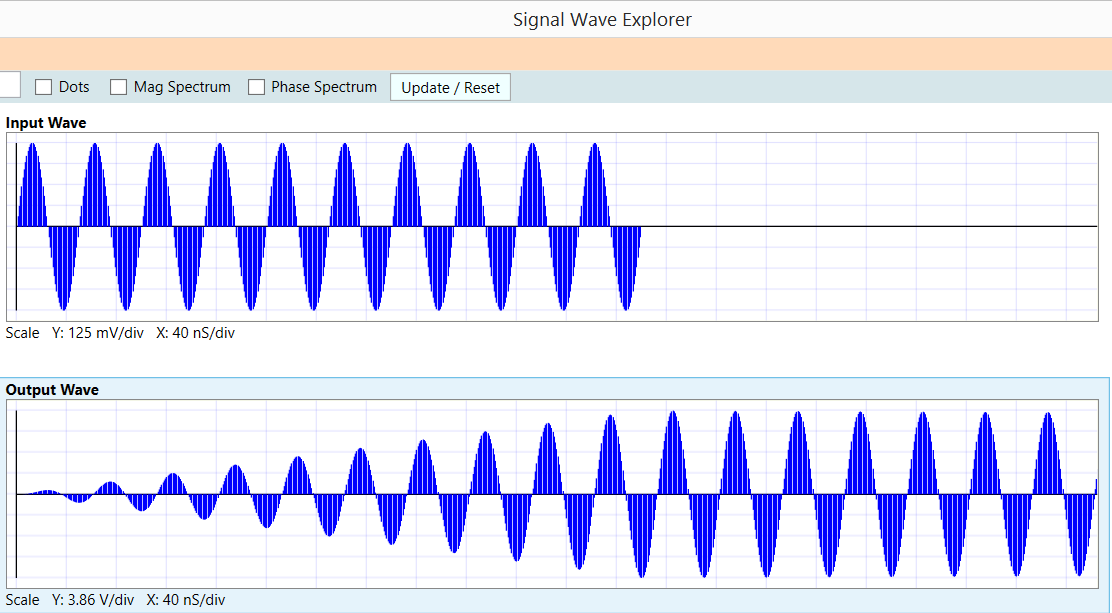 and here is the frequency response 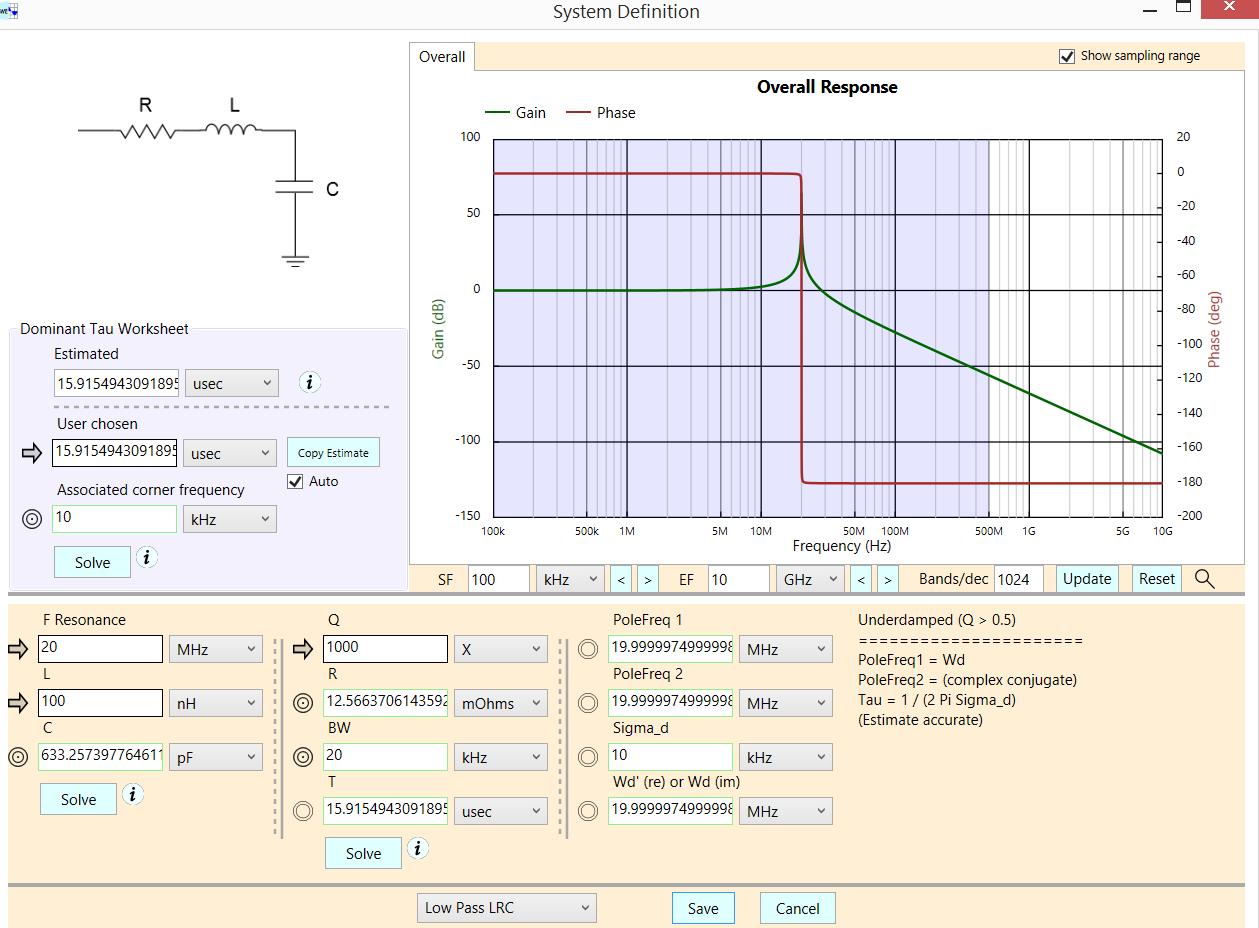 Not the answer you're looking for? Browse other questions tagged circuit-analysis filter circuit-design resonance frequency-response or ask your own question.