When I developed it on an Arduino Leonardo powered by USB, everything worked fine.

When I moved the solution to an Arduino Pro Mini, I tried to use the onboard voltage regulator (using the RAW pin) but it only worked half of the time (the other half of the time, I only had 2V on the VCC pin of the Arduino).

Even when it was working, the Arduino was very hot after a few seconds, so I assumed the leds required too much power for the onboard regulator, and I moved to a breadboard power supply (see picture). 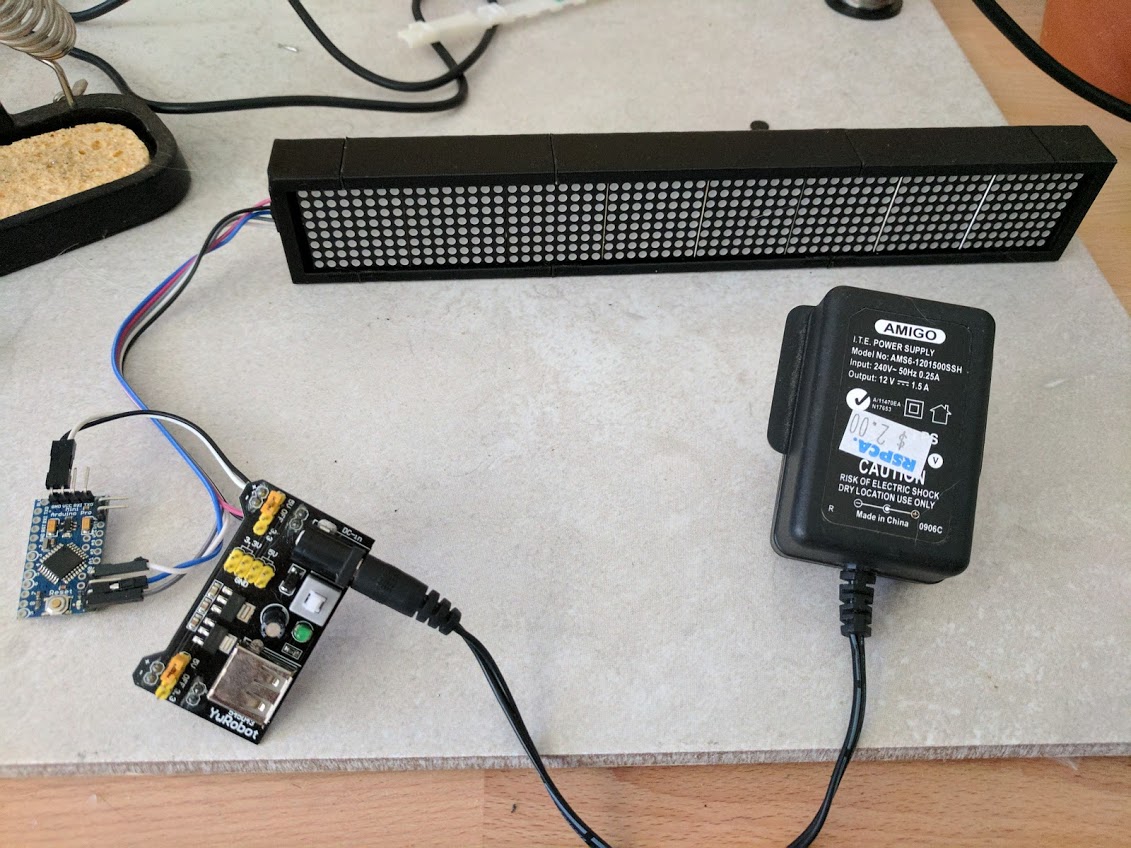 That's where things start being confuse :

I would like to know what I'm doing wrong, and how to prevent this kind of failure to happen.

Considering the number of LEDs, the current draw must be quite high, like 1-2 amps.

I assume the LED matrix needs 5V supply. It would be unreasonable to power it from a linear regulator (such as the one on your YwRobot board) because it would dissipate lots of heat. I see a SOT223 regulator on this board; if the LEDs draw 1 Amp, from 12V, it will dissipate (12V-5V)*1A = 7 watts, which is way above what a SOT220 can do. Therefore, it will overheat and shut down, or burn.

You should power it directly with a supply of appropriate voltage and current capacity.

I see from the picture that you run the high current supply through the arduino, which is definitely not recommended!