Can an induction motor be run safely with a 2:1 step down transformer? They don't work well with triacs because of increased rotor slippage, for example, but if I understand correctly that's because of the chopped up non-sinusoidal power waveform.

What are the implications of undervolting? Would it affect slip or efficiency? 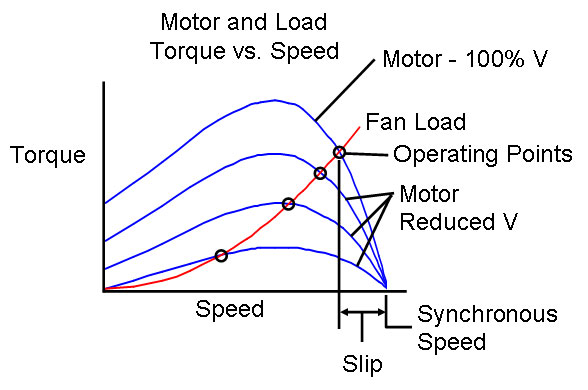 The losses due to slip are proportional to the load torque multiplied by the percent slip.

This can not be done with a single-phase, capacitor-start motor because the motor needs to be operating near full speed for the centrifugal switch to disconnect the capacitor.

0
How does low voltage burn out induction motor